I'm not a big Friday buy guy, especially after the yo-yo market we've had of late. Rather than toss a trade out into the weekend and chase a market up 1.5%-2%, I decided throw out a few names I'm watching for continuation on Monday. The best part is all three are from very different sectors: precious metals, tech, and energy/oil.

Energy Transfer Partners may be more known for its yield than capital appreciation potential, but the stock is pushing above a cup-and-handle pattern. This bullish pattern consolidated the move over the first three weeks in April. I'd target the initial upside potential as $17.50, but I could see the stock easily regaining $18.50.

ETE is above the 100-day simple moving average (SMA) for the first time in two months with $16 becoming new support. Additional support should come in the way of the 20-day SMA. 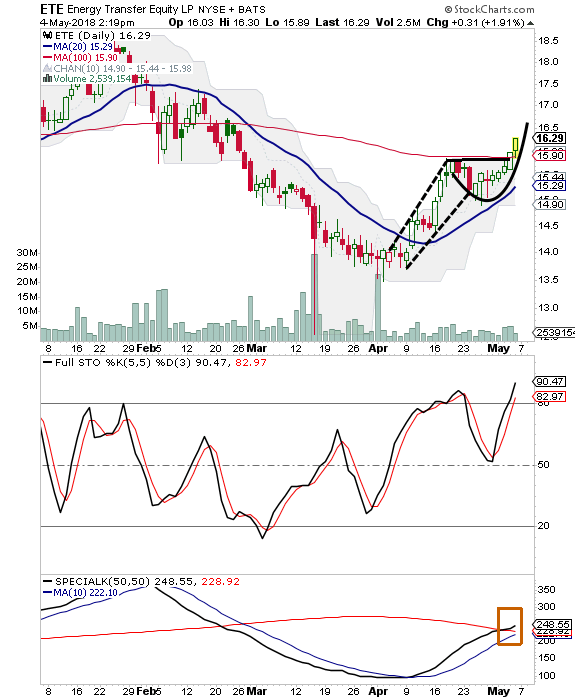 On the tech side, Rambus, still a favorite of mine for 2014, has taken bullish shape again. This is another name poised to report earnings next week, and poised to rocket higher if the company doesn't disappoint.

An expected move of 5-10% should be in investors' minds if earnings history is any guide. This $14 level has been a consistent top since the big drop near the beginning of February. The higher lows provide a reason to be optimistic although it does create a scenario where the support below $13.40, and especially $13, is somewhat weak. Upside here appears to be $15.50. 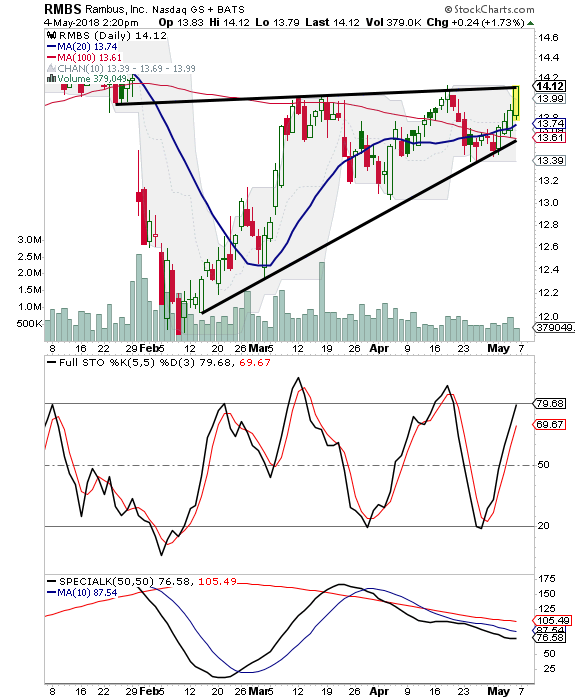 Lastly, gold miner Franco-Nevada is another name with earnings slated to be delivered next week. Outside of the rare instance, earnings announcements haven't played a huge part in the moves behind the stock. This is probably the one where a trader can focus on the trapezoid pattern breakout here that targets $76-77 on the upside with a close over $73.

For the first time in almost six months, we have a double push into the bullish territory of the long-term Chaikan Money Flow despite gold prices softening a bit. A trader can use $70 as a stop with $77 as the initial target and $81 as a secondary. The trade would provide for an attractive risk vs return if using a July $75 call or July $70-80 call spread. 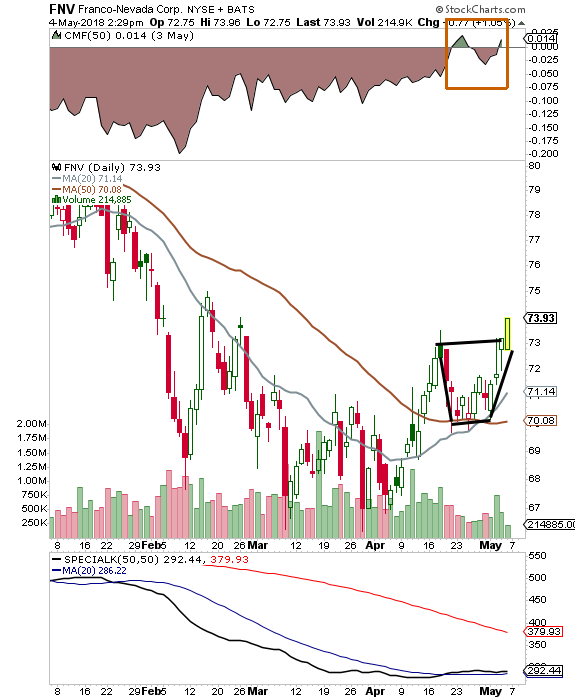 -- This article was originally published on May 4 on Real Money Pro.

Get an email alert each time I write an article for Real Money. Click the "+Follow" next to my byline to this article.
TAGS: Investing | U.S. Equity | Basic Materials | Energy | Technology | Earnings | Options