We often learn more from our mistakes than from our successes.

During four decades of trading I've managed to make every possible investing error multiple times. The one that irks me the most, and cost me the most money over time, always comes back to lack of patience.

I define that as failure to wait long enough for my investment theory to work out even when fundamentals appear to be playing out pretty much as expected.

Identifying good buy candidates and solid reasons for them to do well is the easy part. Sitting tight while seeing "the market" ignore what is so obvious to you is much harder.

The Crash of 2008-09 took down everything. For obvious reasons brokerage related stocks were hit especially hard. After looking at the numbers I felt the damage on stocks like CME Group (CME) and Nasdaq (NDAQ) had been overdone.

I bought shares and sold puts on both those names thinking they'd get quick rebounds as the panic subsided.

Both firms saw profits do OK but their shares, following the initial recoveries from the huge selloffs, inexplicably went mostly sideways for three to four more years.

CME Group, which fetched almost 43x 2008's earnings entered a much more subdued valuation range which lasted right through the beginning of 2013. Even a 5 for 1 split during 2012 failed to stir up investor interest.

I got tired of waiting, convinced myself that the stock would never be a market darling again and let myself get "called away" for just a modest profit. What a dumb move! As of Apr. 9, 2018 CME was hovering near $161, more than triple its 2013 low even without accounting for dividends.

For what it's worth, CME Group looks a bit pricey today.Its shares got no love from traders, however. NDAQ peaked north of $50 in 2007. It bottomed at $15 in 2008. Despite posting nicely improved results later the stock was still available for $21 in July of 2012.

NDAQ's multiples during the stretch from late 2008 through early 2013 rarely broke above single digits. As with CME Group, I eventually got bored and was "called away" for underwhelming gains.

Had I waited a bit longer I would have been much better off. NDAQ began climbing in 2013 and still hasn't stalled out. The shares more than tripled, plus dividends, over the past five years. 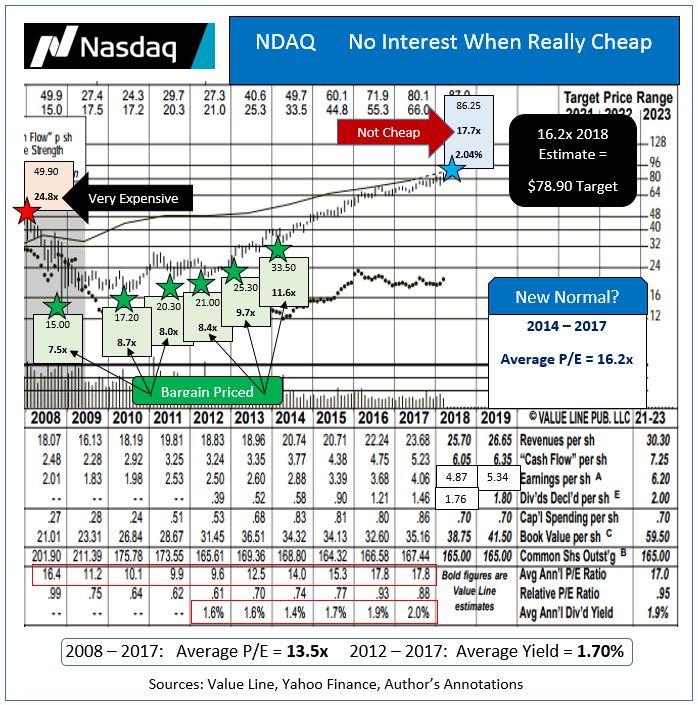 Nasdaq is not at a crazy high valuation right now but it does appear to be slightly above what I would consider fair value.

The moral of the story?

If your original rationale for owning a stock is still valid it pays to hang in there. Sideways action when fundamentals keep improving makes shares even more undervalued. 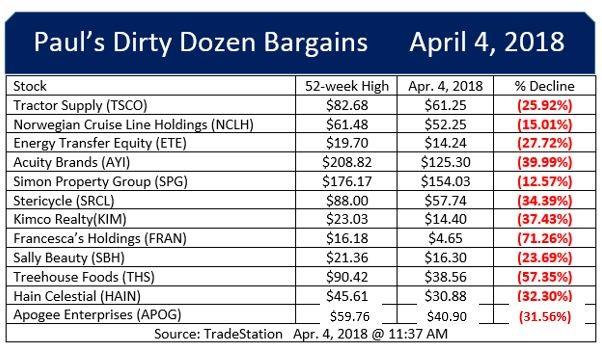 I've, hopefully, learned my lesson and am prepared to wait for the market to get more rational in its view toward these fine companies.

(This article originally appeared on Real Money Pro on April 20. Click here to learn about this dynamic market information service for active traders and to receive daily columns like this from Paul Price, Bret Jensen and others.)