Tower Semiconductor Ltd. (TSEM) was not a favored by Jim Cramer Thursday night on his Mad Money show and I am on the same page after reviewing the charts and indicators. TSEM has broken a longer-term uptrend and further declines look likely. Let's review the high points.

In this daily bar chart of TSEM, below, we can see a small November/January double-top formation as TSEM was rolling over. In early February prices broke down below the 50-day moving average line and the slope turned negative. The 50-day line has continued to fall with the price action and crossed below the rising 200-day line earlier this month for a bearish dead cross.

The daily On-Balance-Volume (OBV) line peaked in November and has been declining since and tells us that sellers of TSEM have been more aggressive. The Moving Average Convergence Divergence (MACD) oscillator is bearish.

In this weekly bar chart of TSEM we can see that prices have been below the 40-week moving average line for a number of weeks and the line is rolling over. The weekly OBV line has been going down for the past six months and the Moving Average Convergence Divergence (MACD) is in an outright sell mode.

In this Point and Figure chart of TSEM, below, we can see that prices are in a downtrend and there is a $21.83 price target. 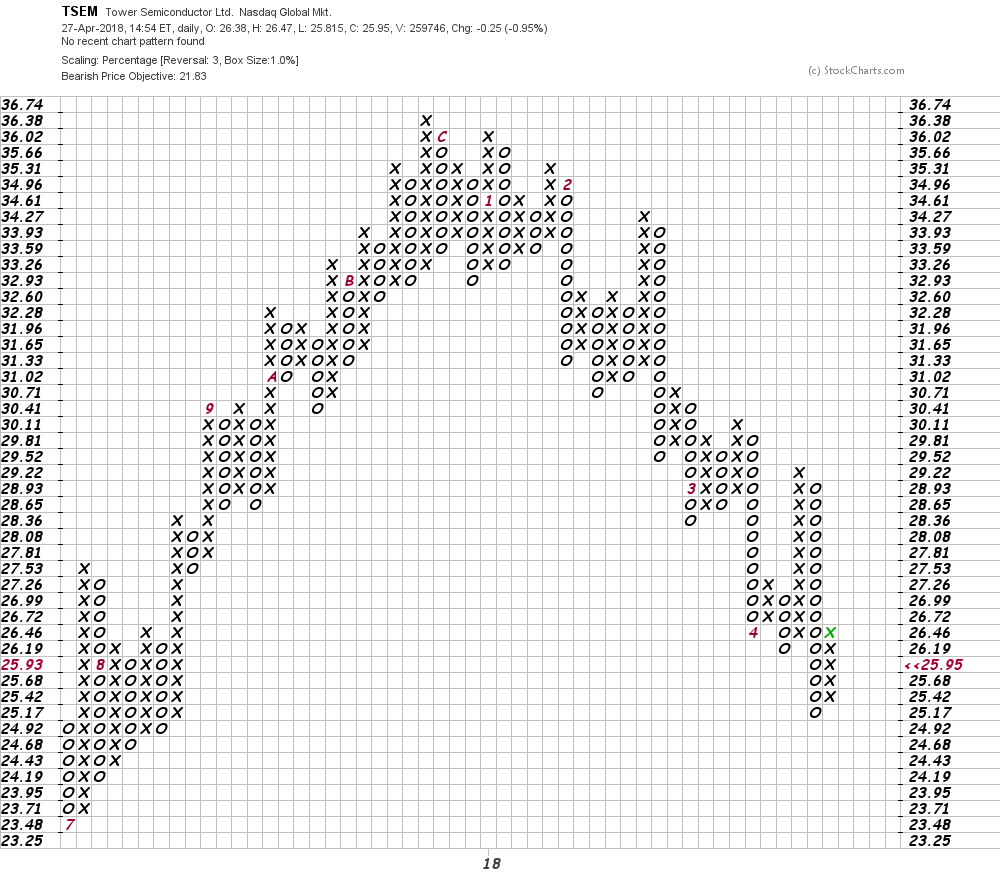 Bottom line: Our charts and indicators suggest more weakness ahead for TSEM.

Get an email alert each time I write an article for Real Money. Click the "+Follow" next to my byline to this article.
TAGS: Investing | U.S. Equity | Technology | Mad Money