UBS Group (UBS) was downgraded Thursday to a Sell by TheStreet.com's quantitative service. A downgrade to a sell recommendation always gets my attention and I will often look at the charts to see if the marketplace is saying the same thing. Let's take a look at the charts and indicators.

In this daily bar chart of UBS, below, we can see that UBS made a strong rally from September into late January or a five month rise. In the past three months UBS has declined to wipe out nearly all those gains. UBS has broken under the 50-day average line and broke below the 200-day line in March. Can you see how a price recovery in April failed at the underside of the now cresting 200-day line? The daily On-Balance-Volume (OBV) line made a high in late January as price topped and it has been declining since telling us that sellers of UBS have been more aggressive with heavier volume being traded on days when UBS closes lower. The Moving Average Convergence Divergence (MACD) oscillator is pointed down below the zero line - bearish too.

In this weekly chart of UBS, below, we can see how the rising 40-week moving average line acted as support in the past year or more and now is acting as resistance. The weekly OBV line is declining and the MACD oscillator is crossing below he zero line for an outright sell signal.

In this Point and Figure chart of UBS, below, we can see a downside price target of $15.90. A decline to $15.90 is a new low for the move down and could open the way for further declines. 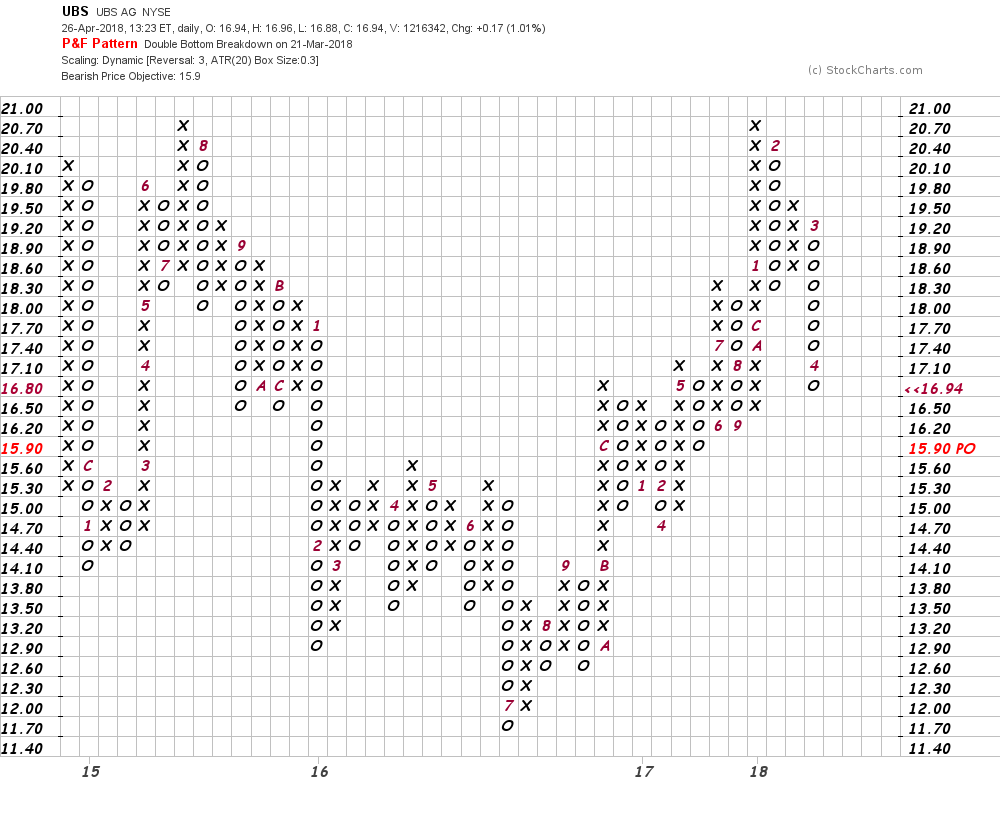 Bottom line: UBS is in a weak technical position and is likely to fall further to retest the lows of 2016 below $16.