General Dynamics (GD) was inspected a month ago, where I wrote, "GD is showing some near-term price weakness so this could spillover to a retest of the $210 area in the weeks ahead. As long as the 200-day moving average is not broken with volume increasing on the decline, I think the overall chart pattern is still longer-term bullish." GD worked lower the early part of April and then made a low volume retest of the highs before reversing sharply to the downside giving us that retest of the $210 area. Traders voted with their feet and the level of volume surged.

In this daily bar chart of GD, below, we can see that prices are below the 50-day moving average line but still above the rising 200-day line. GD has tested the 200-day line before but not in the same rapid fashion this week. The daily On-Balance-Volume (OBV) line has turned lower and this could be the start of a significant shift for the stock. The trend-following Moving Average Convergence Divergence (MACD) just crossed below the zero line for an outright sell signal.

In this weekly chart of GD, below, we can see the recent test of the rising 40-week moving average line. The weekly OBV line has been flat the four months when GD pushed up to new highs. The weekly MACD oscillator shows a bearish divergence between the new price highs recently and the lower high from the oscillator.

In this Point and Figure chart of GD, below, we can see a downside price target of $184 being projected. A rally to $231.52 is needed to turn the chart bullish again. 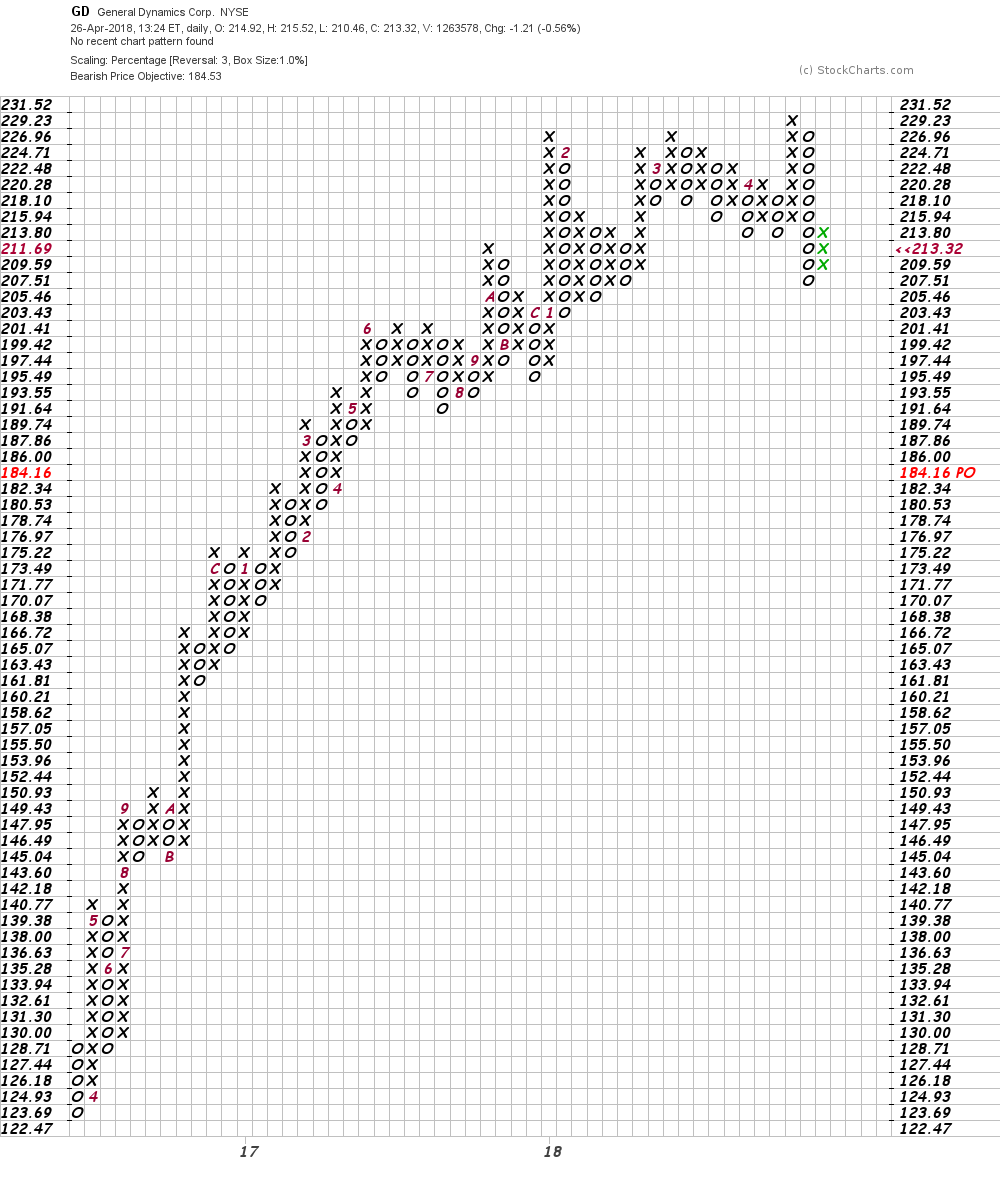 Bottom line: The trend of GD has changed sharply in a short time span. One could argue it was a short-term aberration but I don't have that confidence after seeing so many stocks get hurt in the past three to four months. GD could trade sideways for a while but the risk is further declines with the $200 support area breaking.