The Philadelphia Semiconductor Index, or the SOX Index (SOX or $SOX) has been "rolling over" since November. This is a large potential top formation and can mean a large potential decline in the weeks ahead. Let's drill down in the charts and indicators to see what we can glean.

In this daily bar chart of the SOX, below, we can see a rising "neckline" connecting the lows in December, February and April. Even though prices made higher highs from November to January to March, the Moving Average Convergence Divergence (MACD) oscillator made lower highs. Price momentum weakened from February to March and the SOX is testing its rising 200-day moving average line. The shorter 50-day average line has been weakening since the end of March. The MACD oscillator is below the zero line and in a bearish configuration.

Math-driven indicators are not on the side of this index. When we looked at the top three components of the SOX (Texas Instruments (TXN) , Xilinx, Inc. (XLNX) and Maxim Integrated Products (MXIM) ) we found a similar bearish pattern with prices on the verge of breaking their February lows.

In this weekly bar chart of SOX, below, we can see that prices are testing the rising 40-week moving average line. The weekly MACD oscillator has been rolling over with lower highs despite the higher price highs since November. The 12-week momentum study shows a bearish divergence from November to March with weaker momentum readings compared to higher prices.

In this Point and Figure chart of the SOX index, below, we can see a top pattern with a $1,131 downside price target. 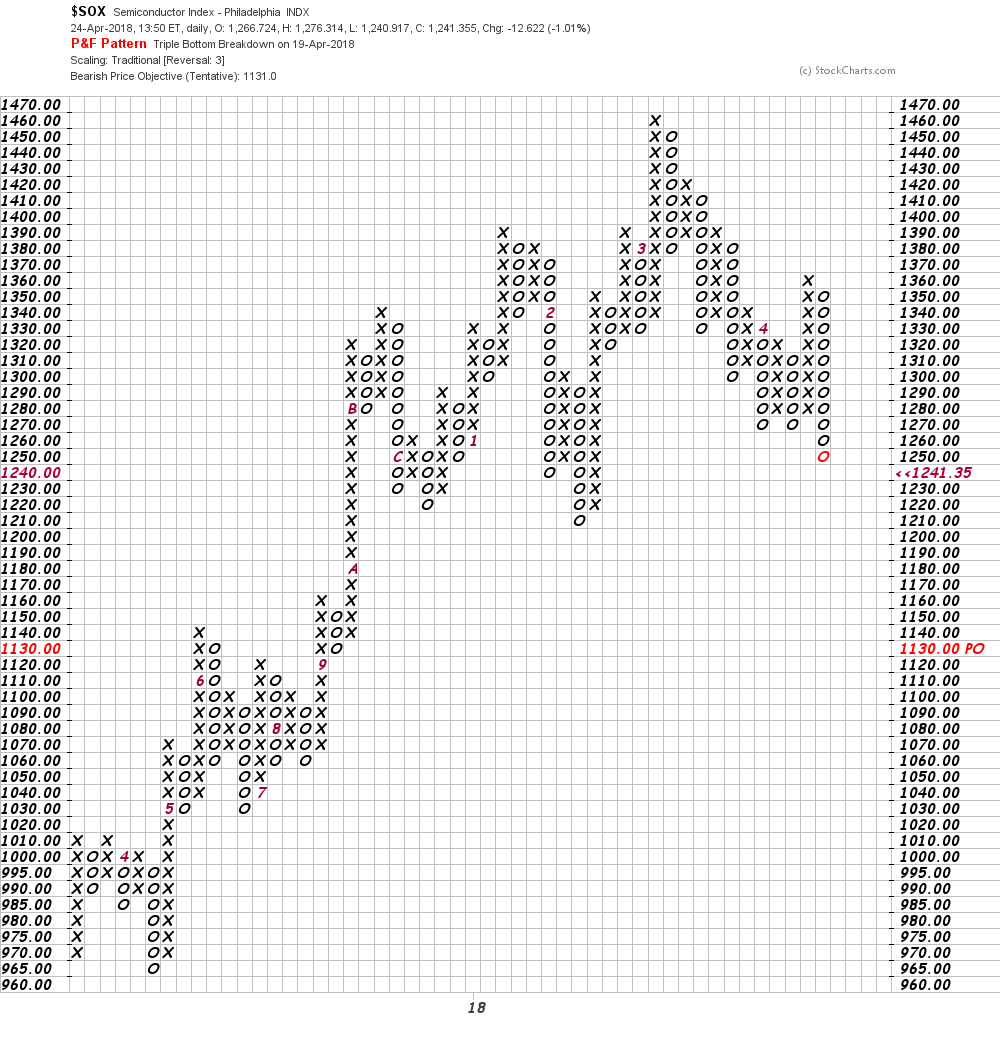 Bottom line: The charts of a number of semiconductor stocks have been rolling over for months. It looks like the bears have finally gotten the upper hand. I would look for the SOX to decline to the $1,131-$1,100 area -- a combination of the Point and Figure target and chart support from June-August.