Stanley Black & Decker, Inc. (SWK) gapped lower last week making a new low for the move down from the January peak. The last time we rattled around with SWK was back in September where I wrote, "SWK might hold around current levels in the very short term, but a push up to new highs seems inevitable. Aggressive traders can probe the long side risking a close below $139. Our target would be the $165 area."

Looking back at the price action since September we can see that SWK reached and passed our $165 price target, but since late January the picture has changed from up to down. A fresh review of SWK is certainly needed today.

In this updated daily bar chart of SWK, below, we can see how prices quickly reversed direction and closed below the rising 50-day moving average line in late January. The line turned bearish in February and recently moved below the 200-day average line for what is commonly called a dead cross.

Last week prices closed back below both moving averages and broke the early April lows. Trading volume surged and the daily On-Balance-Volume (OBV) line weakened telling us that sellers of SWK had become aggressive. The daily Moving Average Convergence Divergence (MACD) oscillator has crossed to the downside from below the zero line for another outright sell signal.

In this weekly bar chart of SWK, below, we can see that SWK has closed below the cresting 40-week moving average line a number of times this year. Prices tested the underside of the moving average last week but failed before making a new low close for the move down.

The weekly OBV line has been slowly weakening since early January and the weekly MACD oscillator is crossing below the zero line for an outright sell signal on this longer time frame.

In this Point and Figure chart of SWK, below, we can see that SWK has been weak since January (look for the "1" on the chart) and there is a projected downside price target of $129.59. It will take a rally back above $158.62 to improve the chart picture. 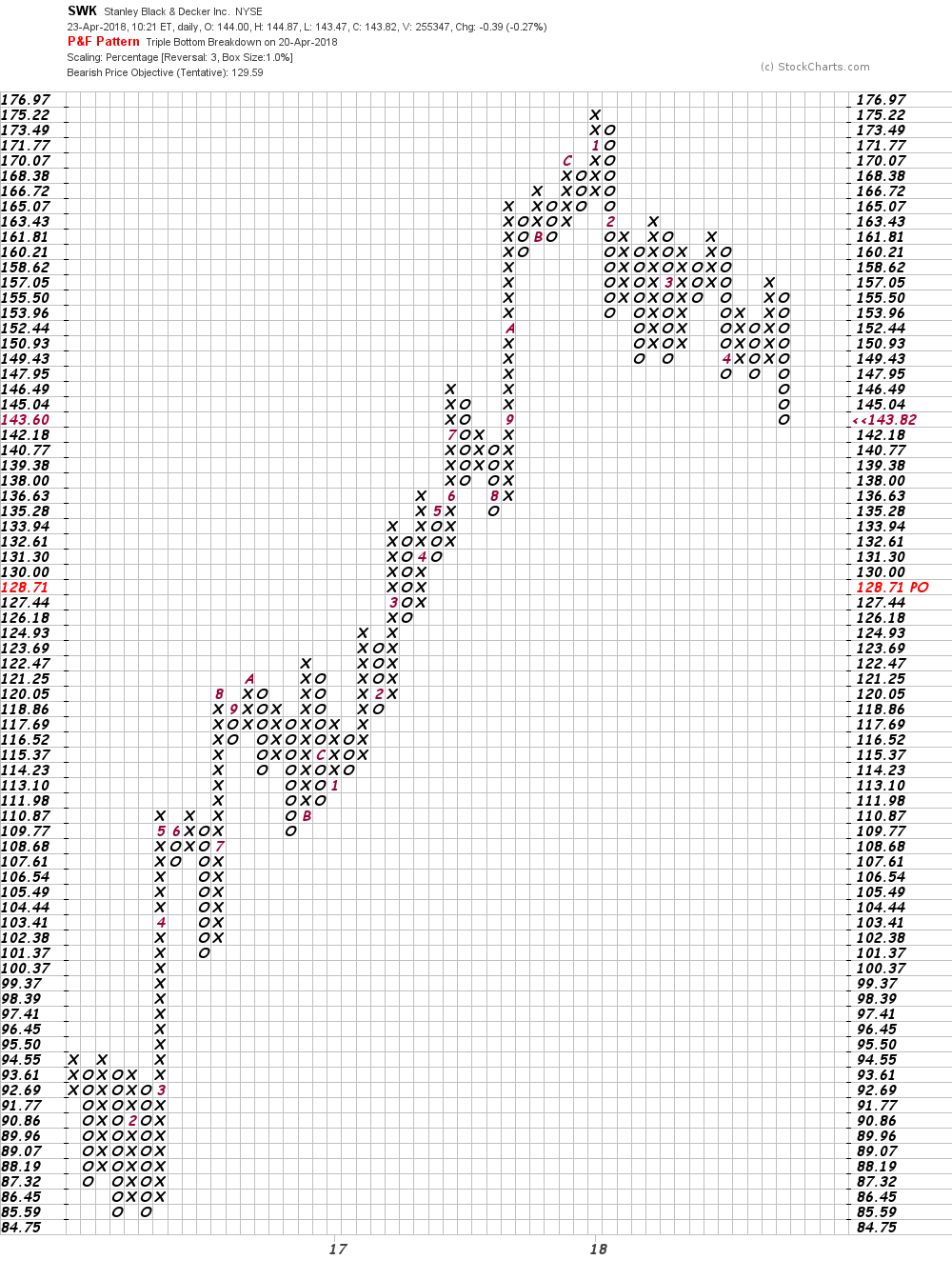 Bottom line: SWK is pushing down into a previous resistance area from June-August in the $147-$137 area. This area could reverse roles and become a support zone and prices could always make a reversal to the upside, but the path of least resistance appears to be lower. This looks like a good time to rent your tools and not buy them.