United Rentals (URI) has outlined a possible double top formation the past three months. We last looked at URI around the middle of October, writing, "URI has made a significant advance. While prices are extended (overbought) on the upside we do not yet have sell signals. A period of sideways consolidation would be welcomed before further strength." URI did not rest and prices moved up from the mid-$140s in October to short of $190 in January before they finally turned sideways. The lesson from this is that an overbought stock can get even more overbought. Let's see how the charts and indicators look today.

In this daily bar chart of URI, below, we can see that prices made a high in late January. You can see a number of attempts in March to break out higher. Volume was heavier in late January and early February when prices declined and lighter when URI rallied back into March. Heavier volume on the rally and lighter volume on a pullback is what bulls want to see however. The daily On-Balance-Volume (OBV) line has been stalled the past two months and the Moving Average Convergence Divergence (MACD) oscillator made a much lower high in March than January. Currently the MACD oscillator is below the zero line in sell territory.

In this weekly bar chart of URI, below, we can see the two peaks at $190. We can also see that prices have nearly rallied four-fold in the past two years. URI is above the rising 40-week moving average line. The weekly OBV line has rolled over the past three months and suggests that sellers of URI have become more aggressive. The 12-week momentum study has turned negative.

In this Point and Figure chart of URI, below, we can see a potential downside price target in the $159-$158 area. A break of $157.05 would be potentially more bearish. 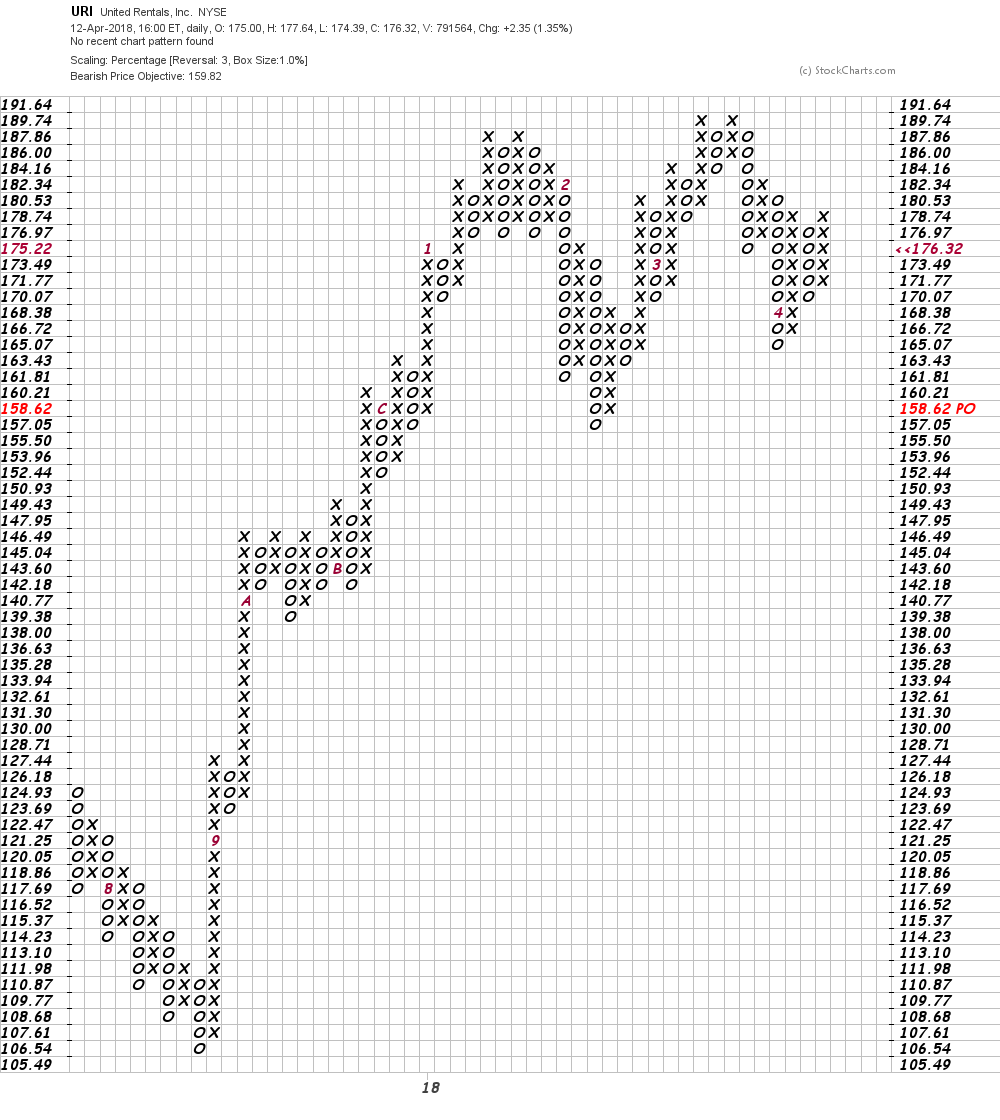 Bottom line -- could URI be making a continuation pattern which would mean a continuation of the uptrend rather than a topping pattern? It's possible. Two technical analysts can look at the same chart and come away with two opinions (and you thought only doctors did that). Whatever URI decides to do in the next few weeks traders should be alert and not fight the trend.

Is CAT Finally Getting out of the Dog House?

Caterpillar's charts have improved enough to ask the question.