No Dividend, No Annual Profit and Nearly $6 Billion of Losses

First, it's important to realize that you simply can't use normal valuation methods when analyzing Tesla.

After all, the firm has never turned a yearly profit, never paid a dividend and its cumulative losses since 2010 are approaching $6 billion: 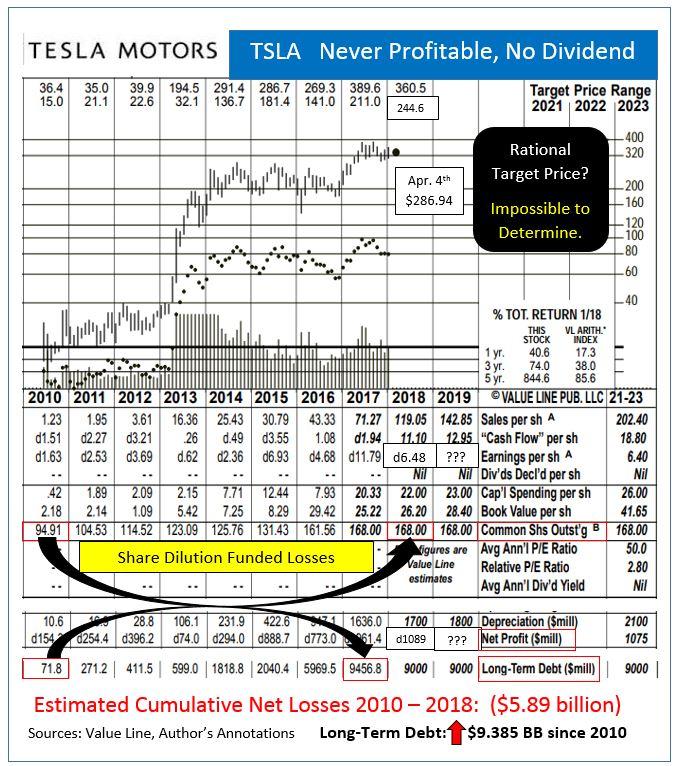 Meanwhile, Tesla's number of shares outstanding also continue to surge, while long-term debt (including debts assumed as part of the somewhat-dubious Solar City acquisition) has ballooned to almost $9.5 billion. Morningstar recently graded TSLA at a neutral three stars out of a possible five, giving the stock a $235 fair value. That's about $65 below the $300 or so Tesla was trading at Friday afternoon, but Morningstar's fair value is purely a "guess-timate" given the lack of any fundamentals to go on other than TSLA's sales data: 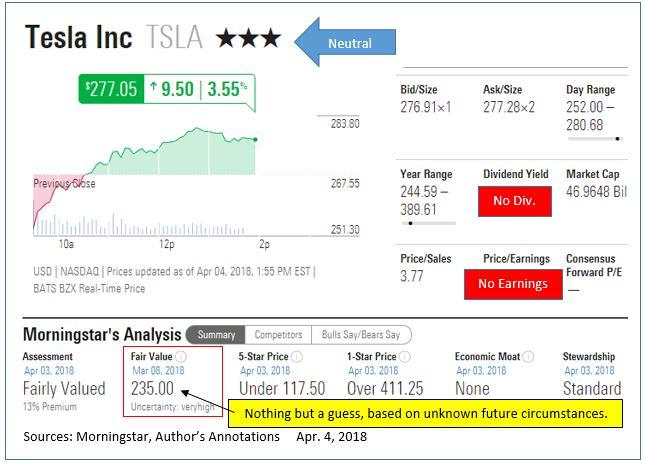 Tesla's stock and bond prices have both fallen sharply as investors focus more and more on the company's heavy debt obligations and need to meet short-term principal payments: 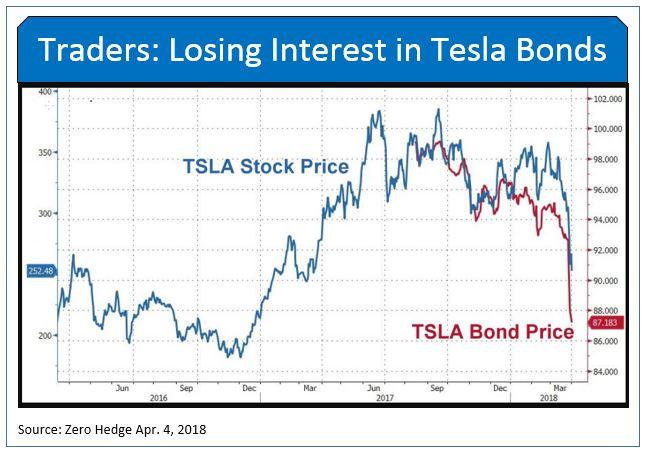 At the same time, credit markets are becoming less welcoming to the company:

Additionally, Tesla's principal-repayment schedule suggests that the company will need to make a large secondary stock offering in the foreseeable future:

The company has denied the need to do that, but TSLA's cost of debt has increased considerably due to downwardly revised credit ratings. There's also a real concern about whether Tesla can ramp up production and delivery of its lower-priced Model 3 car quickly enough to get to positive cash flow.

This skepticism stems from the fact that Musk has consistently overpromised and underdelivered: 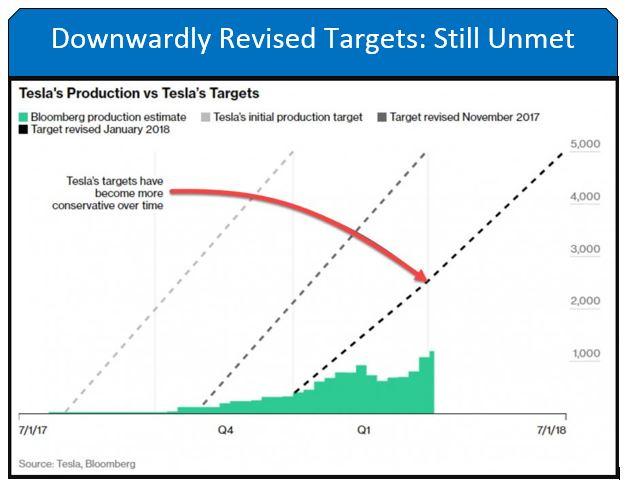 Tesla's balance sheet is now more important to its ultimate value than any other factor. TSLA is beholden to its ability to borrow at rates which are economically viable. Meanwhile, delays in meeting production targets push cash flow further into negative territory.

What Would Ben Franklin Do?

Benjamin Franklin taught us that good decision-making can come from listing positive and negative factors, then tallying up the weight of the evidence. Here's my take on the major factors now in play for Tesla: 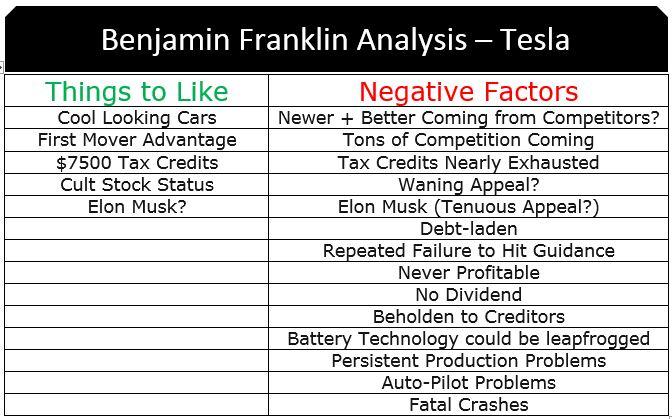 As noted in the "Things to Like" column, Tesla's positives include the fact that its cars have good "eye appeal," perform well, are attractive to the "green crowd" and still garner significant tax credits for their U.S. buyers. Tesla was also one of the first to market in all-electric vehicles, giving it an early marketing edge.

Additionally, many investors adore Musk and think of TSLA as a call option on his genius. Musk and Tesla's cult-like status lend some support to the shares that's simply impossible to shake.

However, the "Negative Factors" listed in the right-hand column above appear to overwhelm the positive factors on the left. For instance, Audi, BMW, Lexus, Mercedes, Porsche and others are all hard at work developing their own electric cars. Pretty soon, there will be many more electric-car choices for buyers than exist today, and Tesla's prime-mover advantage might erode quickly.

The U.S. government's $7,500 in available tax credits are also almost all used up for TSLA buyers. Other companies will have a distinct price advantage once that happens.

Tesla faces plenty of other risks as well, including:

As noted above, Tesla shares have long enjoyed a cult-like status among some investors -- but that's much tougher to maintain once a stock has shown that it can go down instead of always going up.

At the same time, Musk's stature seems to me like it's based more on hype than on actual achievement. He's been stellar at attracting other people's money to pursue his dreams, but investor patience seems to be wearing thinner.

Solar City was on the verge of bankruptcy when Musk rescued it, but who will rescue Tesla if it doesn't become self-funding in time? That's why I see each $300 Tesla share as a $300 lottery ticket -- offering a small chance for a large gain, but a high probability of a total or near-total loss.

Get an email alert each time I write an article for Real Money. Click the "+Follow" next to my byline to this article.
TAGS: Investing | U.S. Equity | Consumer Discretionary | Industrials | Stocks