Bed Bath & Beyond Inc. (BBBY) is not going to enjoy its teenage months as a big volume gap to the downside yesterday reinforced a long-term downtrend. It has not been easy being in retail the past few years between the financial recession of 2008-09 and the growth of online shopping.

This is not a new story as you know, but we can look at new charts for guidance.

In this daily bar chart of BBBY, below, we can see that prices were in a downtrend from last April to early November. There were two high volume gaps to the downside to remind any buyers that sellers were dominating the action.

The daily On-Balance-Volume (OBV) line declined until November and then slowly improved as prices trended sideways until this week. Prices are below the declining 50-day moving average line and the 200-day line has defined the downtrend for many months.

In the lower panel is the 12-day price momentum study which does not show a bullish divergence. Momentum and price are moving down together. If momentum started to diverge from the price action it would be encouraging, but not today.

In this long-term weekly bar chart of BBBY, below, I went back a decade to show how prices have wiped out all the previous gains. Prices are below the declining 40-week moving average line. The weekly OBV line peaked in 2012 and has been telling us for years that sellers of BBBY have been more aggressive.

The weekly Moving Average Convergence Divergence (MACD) oscillator is turning down (again) for a fresh outright sell signal. This indicator has been in bearish territory since early 2015.

In this Point and Figure chart of BBBY, below, we can see a downside price target of $13.81. 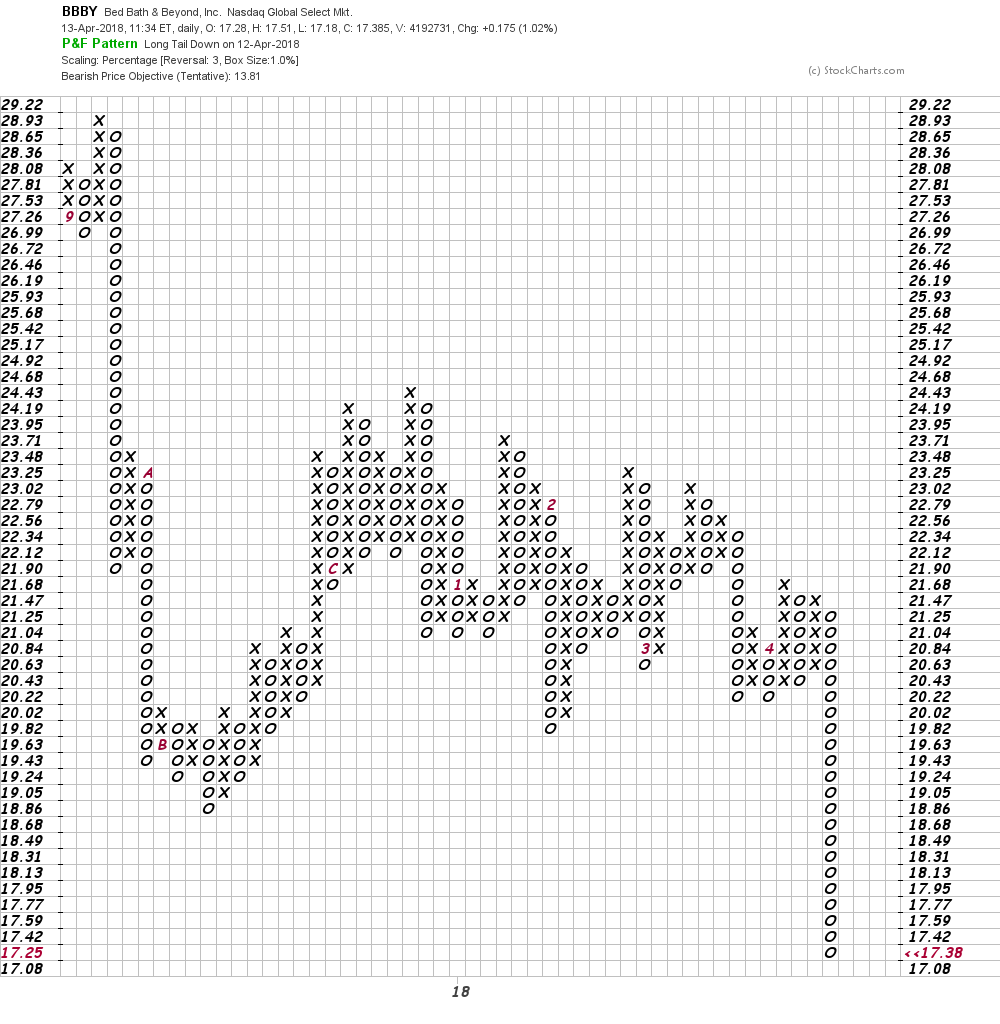 Bottom line: BBBY shows no signs of bottoming. Further declines to the $14-$13 area seem likely in the weeks ahead. The $20-$25 area should now act as overhead resistance if BBBY tried to rally.