With the stock market in its current precarious position, it might be a good time to take note of stocks that are weaker than the overall market. A stock that is showing signs of weakness should fall harder and faster in the event of a downturn than one that is holding up well.

A good example of a name that has been weaker than the overall market is McDonald's Corp. (MCD) . Both McDonald's and the S&P 500 reached their respective all-time highs on Jan. 26. Since then, while the S&P 500 has tantalized us with its oscillations above and below its 200-day moving average, McDonald's has been less ambiguous, falling below that key indicator in February and staying beneath it. 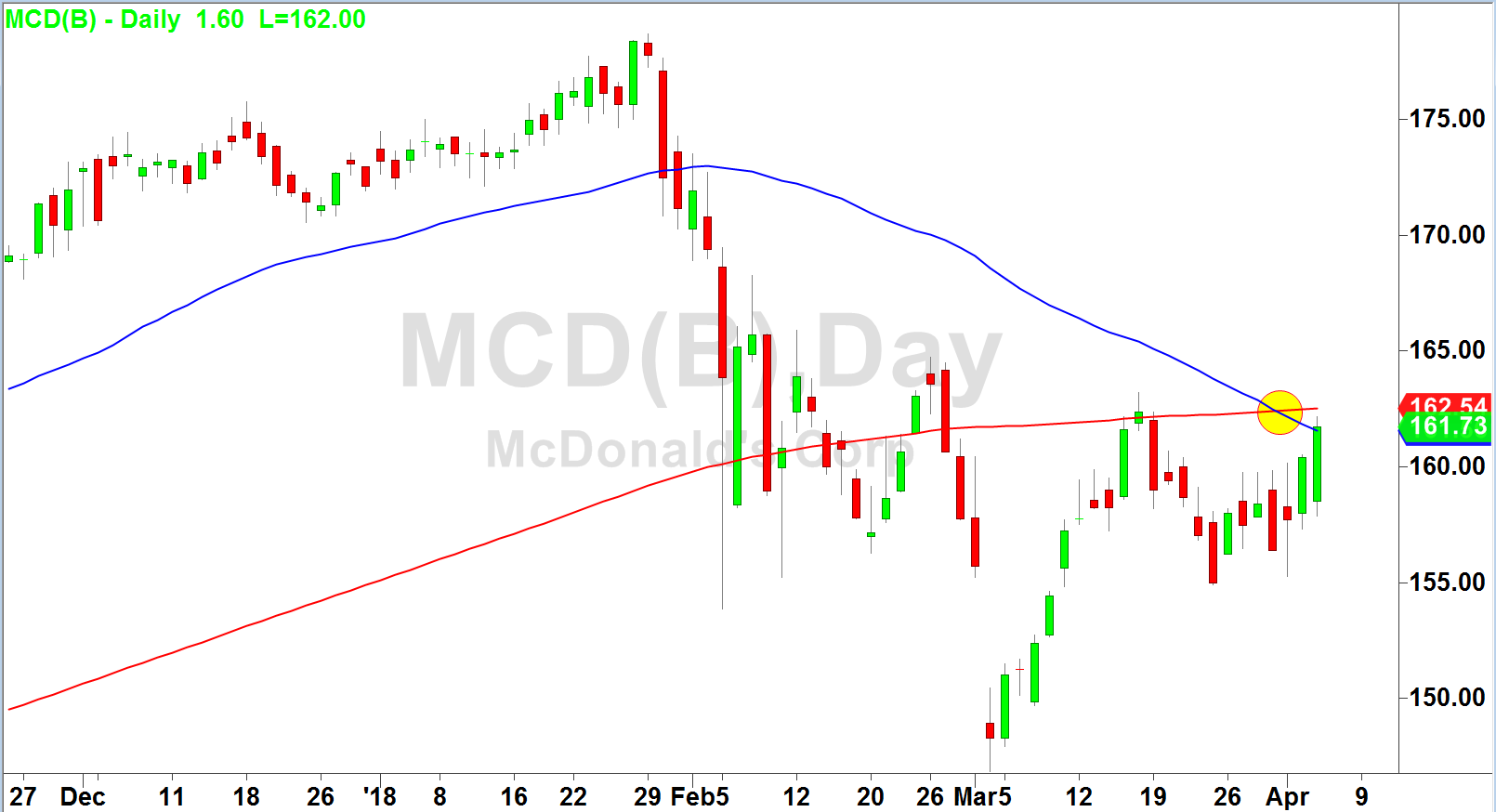 Compare McDonald's to another name in the fast food sector, The Wendy's Co. (WEN) . Wendy's reached a 10-year high just days ago and is trading well above its 50-day and 200-day moving averages. A market-neutral strategy might consist of a long Wendy's - short McDonald's pair trade. That way, regardless of market direction, the trader is long the stronger stock and short the weaker stock within the same sector.

Another good example of a stock that is weaker than the overall market is Action Alerts PLUS holding 3M Co. (MMM) . 3M's chart is very similar to that of the S&P 500; like that index, the stock reached an all-time high on Jan. 26 and bounced sharply from its 200-day moving average on Feb. 9 (arrow).

The two charts diverge on March 23. On that day, the S&P 500 bounced again from its 200-day moving average, but in a demonstration of weakness, 3M broke down and has failed to recover (shaded yellow). 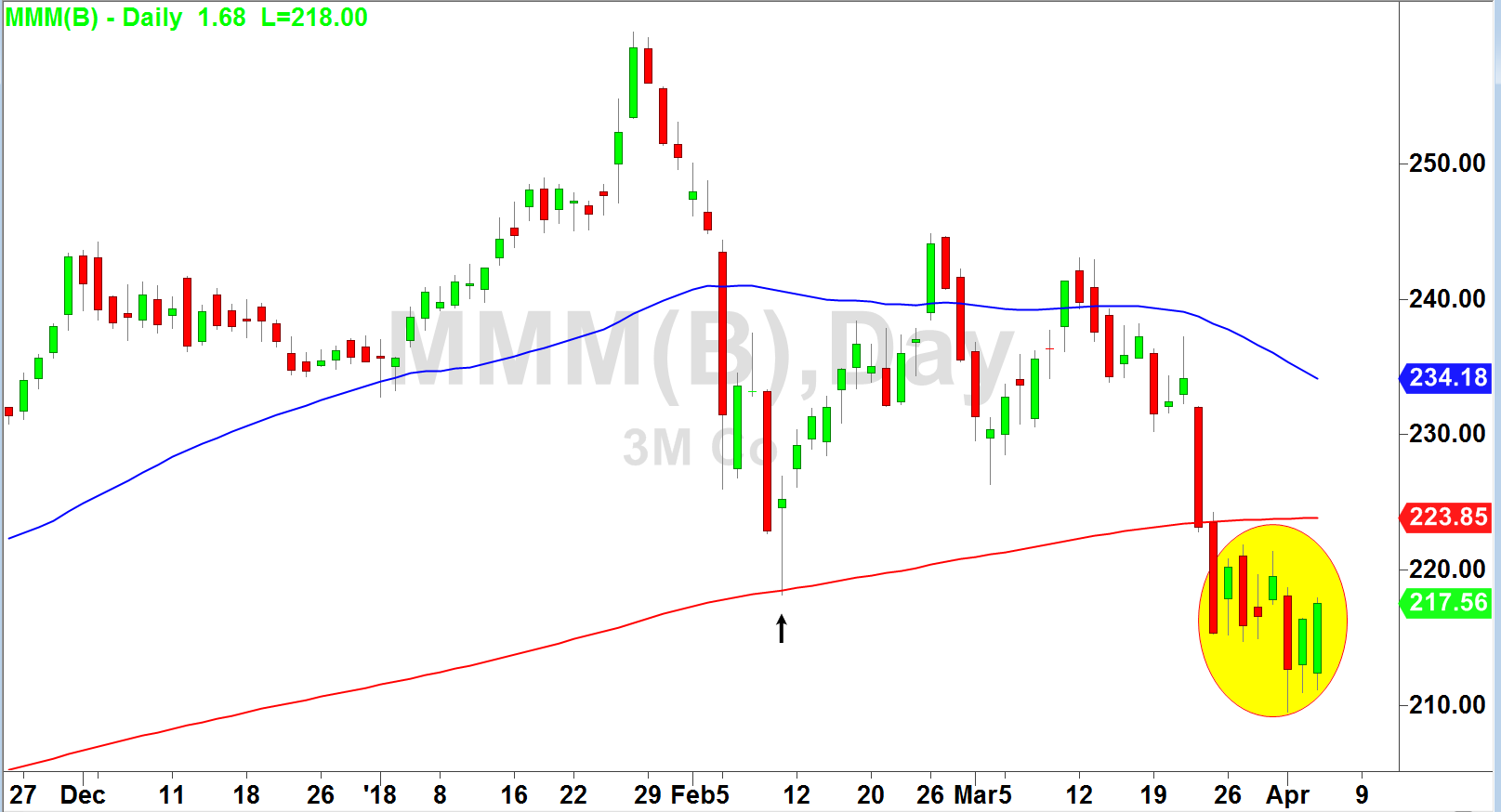 Last on our list of weak blue-chip names is The Walt Disney Co. (DIS) . Unlike the S&P 500, McDonald's and 3M, Disney failed to reach an all-time this year. That sign of weakness was telling. Now the stock is trading well below its key 50-day (blue) and 200-day (red) moving averages.

Disney has also formed a massive double top pattern (semicircles). The key to this bearish pattern is the low point of $96.25 (dotted line). If Disney closes below that line, the stock should slide to the low $90s and possibly lower. 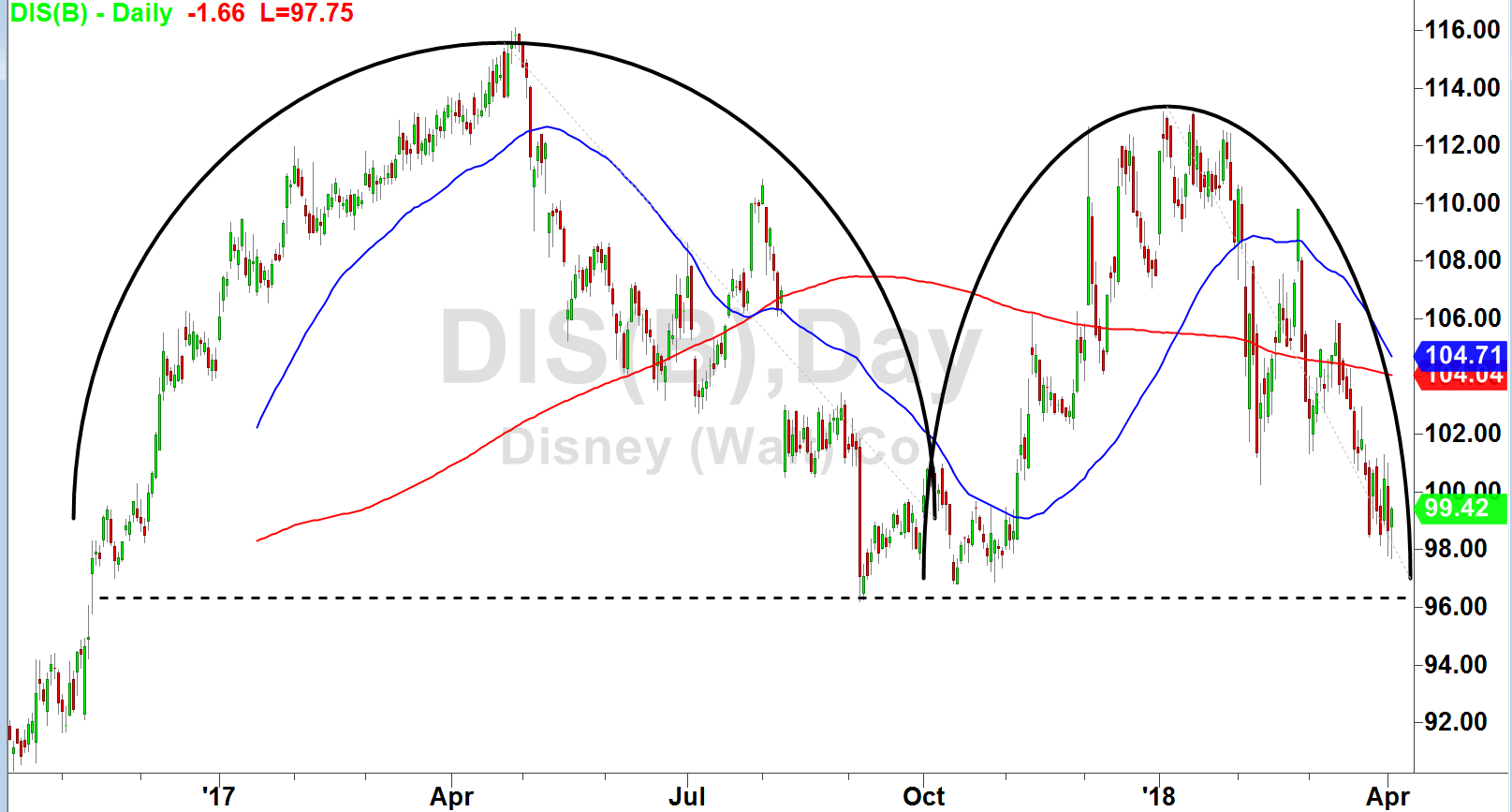 As always, our philosophy remains one of buying strength and selling weakness. Don't assume that these names will catch up with the winners if the market strengthens. Instead, assume that they are down for a reason.

Look to buy strong stocks on weakness, and sell weak stocks on strength.

This commentary originally appeared on our sister site Real Money Pro. Click here to learn about this dynamic market information service for active traders and to receive daily columns from Paul Price, Bret Jensen and others.