As the smartphone industry struggles to deliver positive volume growth, Apple (AAPL) appears more willing than ever to push the envelope when it comes to hardware and user-interface innovations.

Bloomberg provided more grist for the mill in this respect on Wednesday when it reported that Apple is working on developing touchless gesture controls for future iPhones, as well as screens (likely flexible OLEDs) that "curve inward gradually from top to bottom." It cautions the gesture-control tech likely won't be ready for at least 2 years, should Apple use it, and that the curved displays might arrive in 2-to-3 years.

The touchless controls would reportedly "let iPhone users perform some tasks by moving their finger close to the screen without actually tapping it." If that sounds familiar, it might be because Samsung has long provided a similar feature, known as Air Gestures, on its high-end phones. But Air Gestures, which rely on motion sensors and let users do things like scroll through web pages/photos, take selfies and accept incoming calls, have suffered from reliability issues and have often been dismissed as gimmicky.

It looks like the technology enabling Apple's touchless gesture solution will be more advanced -- Bloomberg, without specifying, says the solution will be "based on technology built into the display itself." It adds Apple's approach will "require gestures to be closer to the screen" than Alphabet/Google's (GOOGL)  Project Soli, which relies on miniaturized radar to detect hand gestures. Though first unveiled in 2015, Soli hasn't yet made its way onto phones. 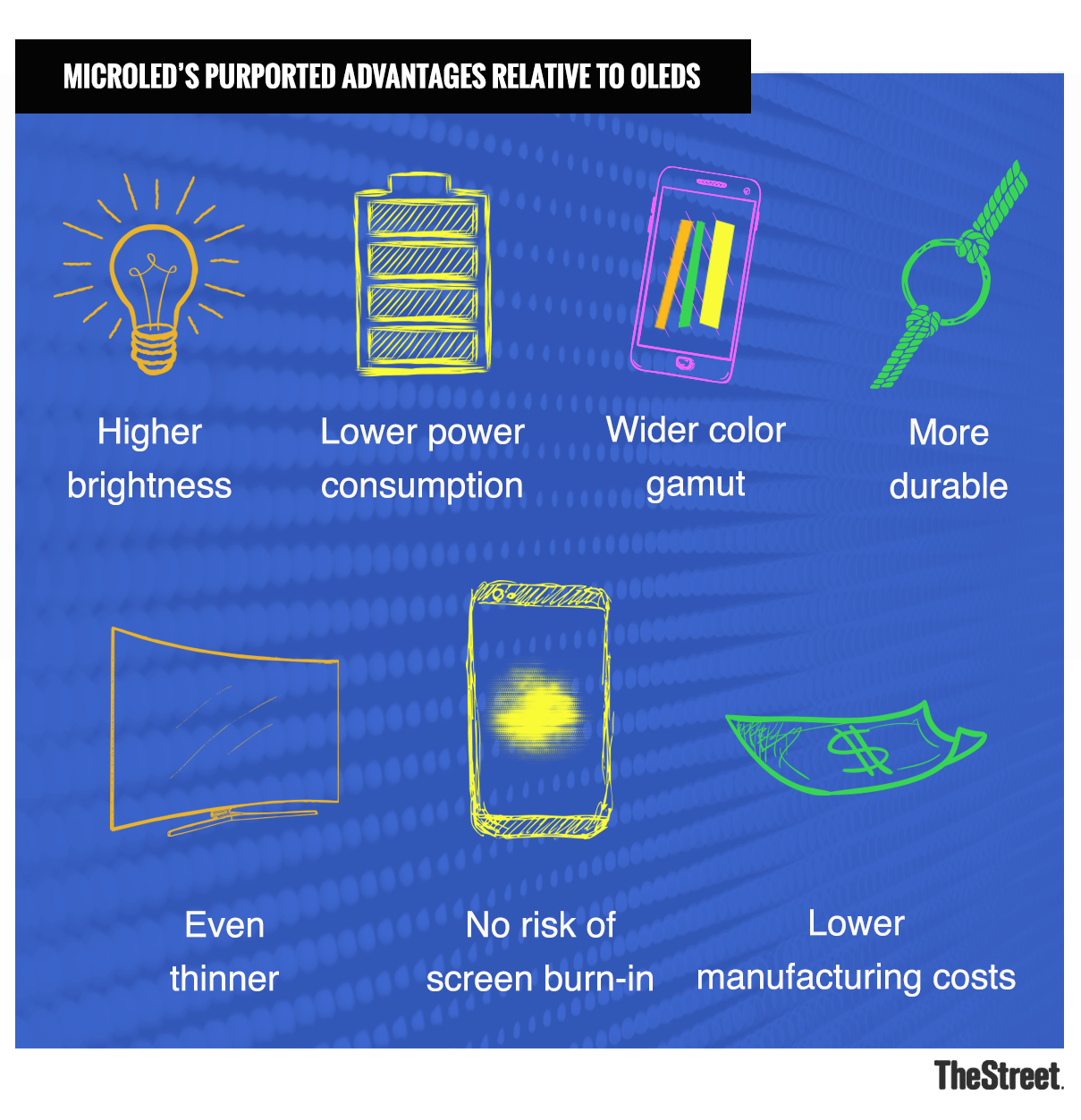 Bloomberg's report comes just a week after Bank of America's Wamsi Mohan reported his firm's checks suggest Apple is "working with suppliers on a foldable phone (that potentially could double up as a tablet) for launch in 2020." And around the same time, an Apple patent related to making flexible batteries was uncovered.

ZTE recently launched a foldable phone (the Axon M) that saw disappointing reviews due to performance, battery life, design and software issues. Samsung, for its part, is reportedly hoping to launch a phone with a foldable display by year's end. But it isn't clear how many of them Samsung is looking to produce, nor what the phone's thickness and battery life will be like. Though it's easy to see how a device that doubles a phone's screen real estate could be well-received -- it would effectively allow tablet-sized displays to be place in a user's pocket -- the technology still looks fairly immature, and it's hard to blame Apple for taking its time to get it right.

Separately, Bloomberg reported two weeks ago Apple is exploring the use of MicroLED displays -- they deliver brightness, power and color accuracy advantages relative to OLEDs -- within future iPhones and Apple Watches, albeit while adding the technology (if adopted) won't be ready for iPhones for 3-to-5 years. And in December, a patent application was published that indicates Apple maintains an interest in having future devices support over-the-air wireless charging, rather than just the pad-based charging supported by the iPhone 8 and X.

And of course, Apple is only about 6 months removed from launching a phone that featured a fair amount of hardware innovation. With its edge-to-edge 5.8-inch OLED, the iPhone X goes even further than Samsung's high-end phones in doing away with bezels, and it might not be until 2019 that rivals are able to deliver a face-unlocking solution on par with what's enabled by the X's TrueDepth system and its assortment of cameras, lasers and sensors. In addition, the company is reportedly planning to launch a 6.5-inch iPhone X model this fall, along with a new 5.8-inch model and a 6.1-inch LCD-based iPhone.

While one can't assume that all of the innovations Apple is reportedly working on will find their way into future iPhones, the reports do collectively paint a picture of a company that's eager to make its hardware stand out more in the eyes of potential high-end phone buyers. And not just for the sake of better differentiating itself relative to Android rivals.

Microsoft's Stock Surges But What About the Charts?

We'll have to see if the past three months of price action in MSFT represents a key bottom.