A hat tip to reality TV star Kendall Jenner (of Kardashian family fame, for you old people out there) for making me check in on PepsiCo's (PEP) stock.

The newest PepsiCo spokesperson had her first ad debut on Tuesday (below), and it wasn't without its fair share of controversy. In the ad, Jenner is seen participating in a photo shoot, but then she becomes distracted by a group of protesters. She decides to jump into the fray, but then comes into contact with a non-smiling police officer. Jenner offers him a full-calorie Pepsi (surprised this wasn't a can of new Pepsi Zero Sugar), which he accepts. Social media quickly blew up with complaints Pepsi was using the Black Lives Matter protests to help it sell sugary soda.

To say the ad is uncharacteristic for Pepsi is an understatement. This is a company that very, very, very carefully manages its image (especially pertaining to the often hot button topic of soda) -- from how its products are marketed, to how they are discussed on social media to the appearances by executives in media forums. It's highly unlikely, however, that backlash related to the Jenner ad does anything to dent the powerful run in Pepsi's stock this year.

Shares of the soda and snack giant have surged 7.1% this year, making it one of the best performers from the slow-growth consumer packaged goods space. The move is even more impressive considering tepid first-quarter traffic at retailers such as Walmart (WMT) and Target (TGT) due to delayed tax refunds, rising gas prices, which could hurt demand for food products by some households, and continued interest by Wall Street in higher beta names. There are at least three drivers of Pepsi's stock right now, all of which are likely to remain in place for the short-term.

First is the weakness in the U.S. dollar, brought on by questions on what Trump will get done this year. The ICE Dollar Index fell 0.9% in March and 1.7% in the first quarter, which should have brought long overdue relief to the top line of a multinational such as Pepsi. Secondarily, there have been strong moves lower in key commodities such as sugar and corn. May raw sugar futures in New York are hovering around 11-month lows, at $0.1629 a bushel. Corn prices have also been under pressure due to excess supply. Factor in these things, as well as Pepsi's continued appetite to buyback its stock and remain maniacally focused on managing expenses, it's likely the market has positioned for a strong first quarter earnings per share beat from the company in coming weeks.

can you believe kendall jenner solved all the black lives matter issues by giving a pepsi to a cop? inspiring.

Just can't get rid of those Kardashian's, ya know?

Panera Bread is acquired: Having just sat down with Panera Bread (PNRA) founder Ron Shaich last week (see one segment below), and getting to know him through the years, news that he is signing off on a sale of Panera Bread to European conglomerate JAB Holdings comes as shock. Just didn't see this one coming -- Shaich is super passionate about Panera and moving it forward. JAB now adds a very strong brand to its growing portfolio. Hats off to Shaich for what he has created in Panera.

Burger King better deliver on this new shake: Staying on the food news, as TheStreet first reported Restaurant Brands International's (QSR) Burger King will soon release a Fruit Loops shake. Yes, this thing will supposedly taste like the classic Kellogg's (K) cereal. Suffice it to say, yours truly will be giving this a taste when it launches on April 17 -- it better not suck. 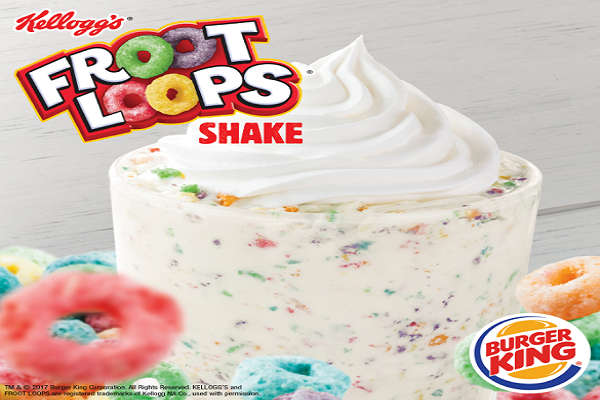 President Trump will soon have a new limousine: First shots of Trump's new Cadillac limo coined the "Beast" have surfaced. This thing will be insane, TheStreet reports.

Oh no! The high-end Apple iPhone 8 may be delayed: Although this will unlikely dent the longer-term bull case on the next hyped up iPhone, it could be a short-term reason to take some profits. Apple may delay the release of its 5.8-inch edge-to-edge OLED display iPhone until October or even November, according to Economic Daily News. The possible delay is due to production difficulties of the new screen.

PepsiCo and Apple are holdings in Jim Cramer's Action Alerts PLUS Charitable Trust Portfolio. Want to be alerted before Cramer buys or sells PEP or AAPL? Learn more now.

Get an email alert each time I write an article for Real Money. Click the "+Follow" next to my byline to this article.
TAGS: Investing | U.S. Equity | Financial Services | Consumer Staples | Consumer Discretionary | Markets | Consumer | Economy | E-Commerce | Stocks

We have new price targets.

Here's How to Work Workday

WDAY's charts are bullish as the name is up in trading on Wednesday.