United Technologies (UTX) has been retesting its flattening 200-day moving average line. Will support develop or will further declines unfold? We last checked in on UTX at the end of February, noting that, "it is a challenge to try to recognize chart patterns before they actually complete. Is UTX making a double top formation? We may not know for sure until it breaks below $122, the bottom of the trough between what could be twin peaks." With UTX dipping under $121 today let's check the latest charts and indicators.

In this daily bar chart of UTX, below, we can see that prices have been pushing below the February low but have yet to close below that chart point. At the same time prices have been testing the 200-day line which is turning flat. The daily On-Balance-Volume (OBV) line has weakened during March telling us that sellers of the stock have been more aggressive. The trend-following Moving Average Convergence Divergence (MACD) oscillator peaked in January with a take profits sell signal and is below the zero line for an outright sell.

This weekly bar chart of UTX, below, has weakened over time. Prices are testing the rising 40-week moving average line. The weekly OBV line has shows a topping pattern the past three months and the MACD oscillator generated a take profits sell on this longer time frame.

In this Point and Figure chart of UTX, below, we can see a large double top formation and a downside price target of $119, which is very close. Support may develop in the "teens" but there could be an "air pocket" in the $114-$110 area because of lack of volume (see the left scale). 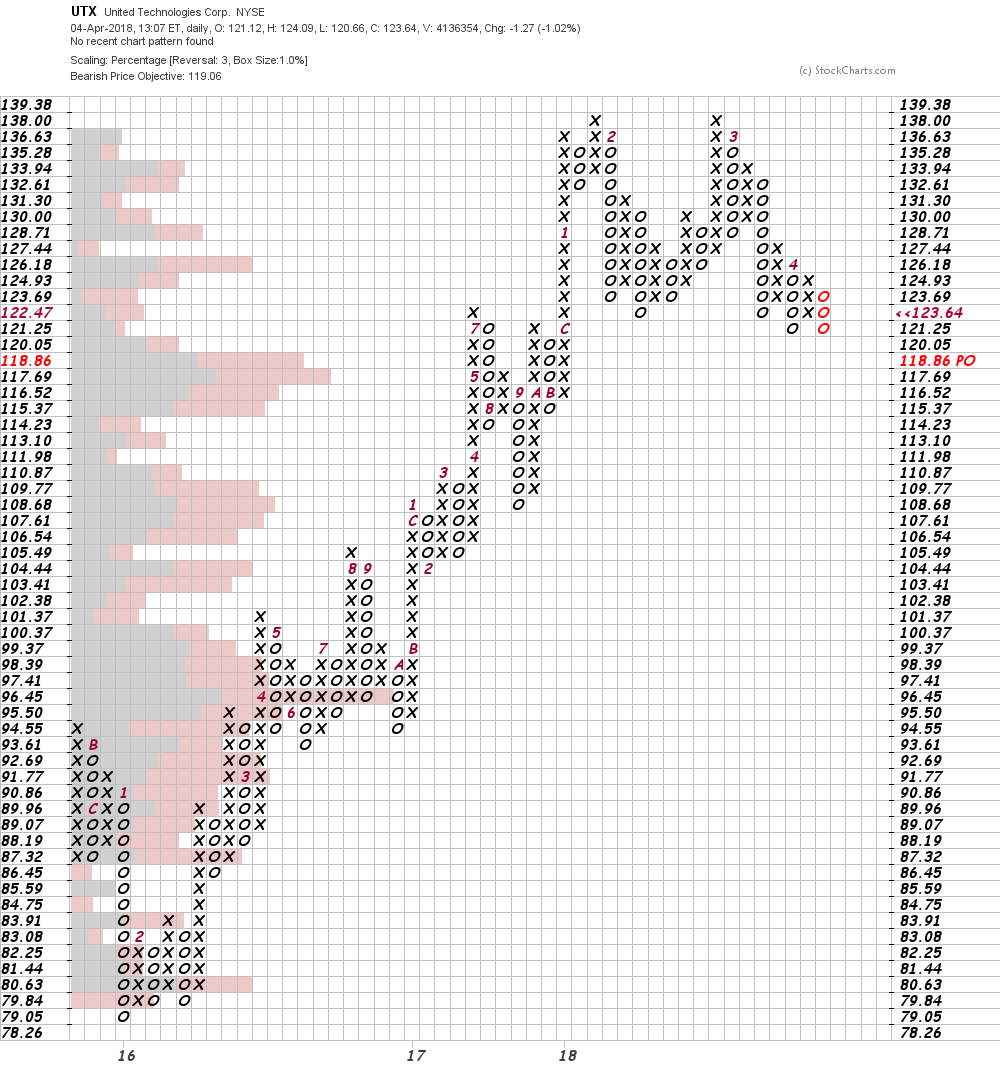 Bottom line -- UTX had declined for much of March so perhaps some of the tariff news today was already discounted but I would remain wary of the long side of UTX until I see strong signs of a bottom reversal.

Get an email alert each time I write an article for Real Money. Click the "+Follow" next to my byline to this article.
TAGS: Investing | U.S. Equity | Transportation | Technology | Stocks