The more you think you know, the more closed-minded you'll be." 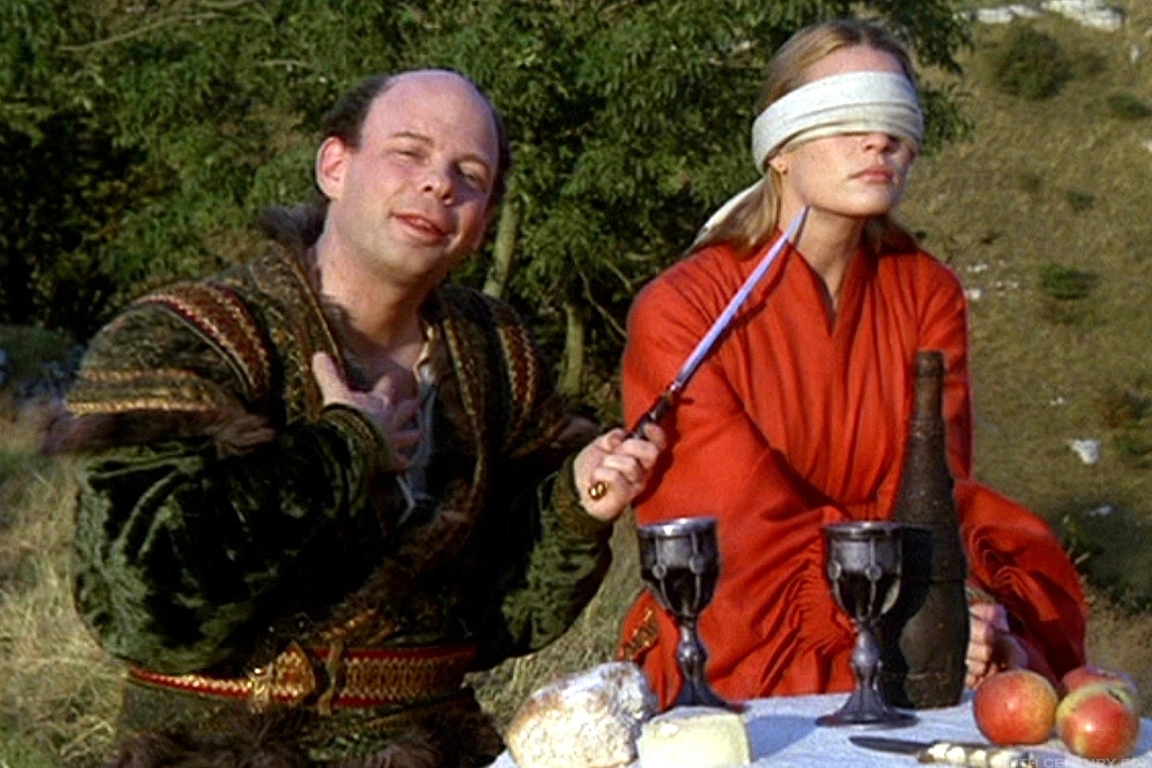 Investment vision (and wisdom) is always 20/20 when seen in the rear view mirror.

Resultingly. it's easy to explain Monday's market drop and the decline since late January, 2018 which turned optimism into pessimism.

The reality is that the causalities are multiple and complex - not a function of one or two factors.

Here are 19 reasons for the market's recent fall from grace:

* More Ambiguous Economic Data Around the World -- High frequency economic data in the U.S. and in the E.U. are no longer rising uniformly. Pockets of economic disappointments (Citigroup's European Surprise Index is at a two year low).
* Fear that the Tax Cuts Will "Trickle Up" and Not "Trickle Down"
* Growing Evidence of the Reemergence of "Stagflation" -- The March ISM, reported yesterday, fell to 59.3. The last was 60.8 and expectations were 60.0. Meanwhile, the March ISM Prices Paid soared to 78.1 (the highest in seven years) -- the last was 74.2 and the expectations were 72.5.
* Rising Short Term Interest Rates -- I have highlighted the uninterrupted rise in LIBOR which will impact many consumers and corporations: 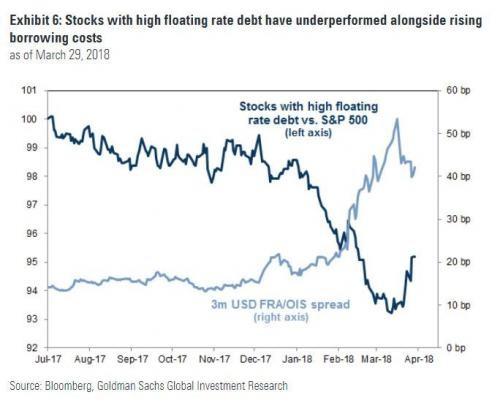 * Signs of Credit Strain -- Seen in a flattening yield curve and deterioration in the high yield markets.
* Higher inflation
* Signs of Demand Elasticity in Higher End Product Prices -- Think weakness in Disney's (DIS)  theme park attendance trends, slowing Starbucks (SBUX)  domestic comps and a disappointing demand profile for Apple's (AAPL)  newest iPhones. High end New York City luxury apartments have fallen by over -20%, year over year. (Anecdotes of 40% to 50% drops in asking prices of NYC apartments are becoming commonplace).
* The Federal Reserve Has Pivoted to Tightening (and so have most non-US central banks) QT is now ramping to $90 billion in 2Q2018.
* Uncertainty Surrounding the Mid Term Elections in November -- If a change takes place, the Administration's policy programs will not only be dead in the water but, in the extreme, a disruptive (at least for the markets) impeachment process could be possible.
* A Policy Mistake (Trade War, etc.) -- The Administration has fallen for one of the classic blunders ... never get involved in a trade war in Asia as it's a zero or negative sum game. But only slightly less well-known is this, never go against a Goldman Sachs man when tariffs are on the line. (Navarro's appearance on CNBC yesterday indicates that he doesn't understand trade, which is, in itself, frightening to many sober and non partisan market observers).
* Limited G-8 Cooperation in Trade and Other Policy Headwinds -- Remember one of my nine questions, " With the G-8's geopolitical coordination at an all-time low, how slow and inept will the reaction be if the wheels do come off?" No man, country or market is an island in an interconnected, networked and flat world.
* Fiscal Irresponsibility on Both Political Sides
* An Untethered President Who Is Conflating Policy with Politics
* The Loss of Leadership (and Momentum) of FANG Stocks -- A month ago I suggested we change the FANG (Facebook (FB)  , Amazon (AMZN) , Netflix (NFLX)  and Alphabet (GOOGL) ) acronym to MANIA (Microsoft (MSFT) , Amazon, Netflix, Intel (INTC)  and Apple) as prices had risen to the sky. Since then, the existential threat of regulation has surfaced and has deflated the FANG and MANIA bubble. Importantly, it is a bipartisan regulatory and antitrust threat.
* Recognition of Historically High Valuations and The Emergence of The Possible Fall of Tesla (TSLA)  (a former stock market leader and standard bearer for speculative, high multiple stocks)
* The Collapse of Other Speculative Asset Classes (e.g. crypto currency prices)
* The Dominance of Machines, Algos and Passive Investment Instruments and Strategies Have Caused Market Instability (Much like Portfolio Insurance disrupted markets in October, 1987)
* Technicals Have Deteriorated
* General Fear -- Think Stoneman Douglas High School and remember another question of mine, " In a paperless and cloudy world, are investors and citizens as safe as the markets assume we are?"

It's harder to predict the future than explain the past -- but here goes my thoughts (I am addressing the concerns above) on how the investment landscape may look over the balance of 2018:

* Economy: The global economic recovery is mature. Signs of peak activity, in automobiles and other sectors are multiple and growing. (General Motors (GM)  is on my Best Ideas List (short)) Employment data also suggests that Peak Jobs is near. Corporate and public debt are at levels that will likely provide a governor to economic growth.
* Tax Cuts: Fiscal irresponsibility on the part of both parties will likely weigh on domestic economic growth. It is unlikely that an infrastructure bill can be passed this year given the weight of ever higher national debt and deficits.
* Stagflation: Seems to be a continued risk over the balance of this year.
* Short Term Interest Rates: It is not likely that the rise in short rates will stop here.
* Credit Strain: High yield spreads relative to Treasuries remain narrow vis a vis the past few years. With economic growth slowing and interest rates rising, the is little reason to see a change in the trend of rising credit strain and widening spreads that has recently begun.
* Inflation: A continued threat in 2018.
* Demand Elasticity: If the tax cut fails to "trickle down" and LIBOR and other short rates continue their ascent, consumers will likely balk at higher priced goods - many of which (like iPhones) have been responsible for robust personal consumption expenditures. Importantly, housing affordability, in particular, could become a brake to residential real estate activity (and prices).
* Central Bankers: They are nearly all on a steady and well defined path of tightening.
* The Mid Term Elections: Recent results in Virginia, Georgia, Pennsylvania and elsewhere suggest that there is a legitimate threat of change in majority in the Senate and/or the House.
* Policy Mistakes: Heightened this year as trade tensions (and tail risks) multiply. As seen above, the lack of understanding of trade is worrisome to many. (See Navarro's appearanceon CNBC) Here, the Cato Institute chimes in on its criticism.
* Cooperation and Trade Uncertainty: An "uppermost" concern for many investors that is likely to haunt us for some time (and as long as Trump is in the White House).
* Fiscal Policy: The irresponsibility has "left the barn," is set in policy stone and there is no going back.
* The President: His actions done on the fly and without comprehensive analysis will have continued unintended consequences - in a flat and interconnected world. The Trump rally is becoming the Trump slump as disorganization and impulsive policy and personnel decisions are multiplying. There is no reason to believe that Trump, nor - as we have all learned - any 71 year old person will ever change his character or decision making process. To this observer, the accumulated weight of the evidence is that the continued chaos and lack of policy process in the White House -- normalized by the markets and by many -- could finally have an adverse impact on equities (and valuations), interest rates, trade and economic growth over the year.
* FANG Stocks: Broken and threatened by possible government intervention. Leadership changes, over history, are not market friendly.
* Valuations and Tesla: Price earnings ratios are still elevated relative to history. This will be even more problematic iif the E in P/E doesnt meet expectations) Tesla's outlook (production, cash flow, etc.) is deteriorating post haste.
* The Collapse of Speculative Asset Classes: Bitcoin seems to be on an almost inevitable drop to under $5,000. $2,000 is my price target - one of my 15 Surprises for 2018. In all likelihood, the year 2018 will be one in which investors come to understand that blockchain technology ... is real (each transaction is encrypted and can't be replicated or altered), but that bitcoin is a mirage and becomes, like many past schemes, a byword for Ponzi-like nostalgia. Res ipsa idiot.
* Machines, Algos: It is very doubtful that the tail that wags the dog (quants and leveraged ETFs) will lose their influence in the next few years. This is unlikely to get any better as market structure changes take years to evolve and don't change when that trend is in motion. Regulation is unlikely.
* Technicals: Though stock prices bounced well off of moving average support lines (on Monday), the situation remains tenuous and unclear. Volume has risen on the downside - a negative signpost (suggesting disaccumulation).
* General Fear: Unfortunately there is not likely to be a cessation of fear of the population's safety in 2018.

As discussed late yesterday afternoon, the good news is that Mr. Market bottomed yesterday exactly where it did in early February -- fulfilling the analog to the last liquidity driven decline in October, 1987.

However, most of the fundamental, valuation and other thin reed factors - many of which are discussed above - that have contributed to the recent market selloff remain in place.

A break of the early February low and yesterday's intraday low seems more likely, than not, in the coming weeks and months.

I am in Wally Deemer's camp.

(An earlier version of this column originally appeared on April 3 on Real Money Pro, our premium site for active traders and Wall Street professionals. Click here to get great columns like this from Kass and other market experts even earlier in the trading day.)

Get an email alert each time I write an article for Real Money. Click the "+Follow" next to my byline to this article.
TAGS: Technology | Transportation | Markets | Economy | Politics | Entertainment | Stocks | Investing | U.S. Equity

The charts of the airline are indicating a couple bullish divergences that show buyers of its shares have been more aggressive of late.

Bausch Health and Greenbrier Cos. have seen large chunks of their shares bought recently by people close to the companies.

Deal or No Grubhub Deal, Is Uber Stock an Attractive Buy?

What our analysis of the charts reveals.

Tesla and Elon Musk Stir the Pot Once Again: Is This a Buying Opportunity?

Let's see if this is the start of a new trend or a dip to buy.