Whiting Petroleum Corp.  (WLL) has been in a quiet uptrend the past seven months. This uptrend is part of a longer-term base pattern that started back in in 2015. Let's drill down in the charts and indicators to see if we want to go long before the base completes.

In this daily bar chart of WLL, below, we can see a pattern of higher lows and higher highs from early September. This is the simple definition of an uptrend. WLL is above the rising 50-day moving average line and last month the slope of the 200-day moving average line turned positive. It is hard to make sense of the volume histogram on this chart but the daily On-Balance-Volume (OBV) line has been rising since early September and tells us that buyers of WLL have been more aggressive the past seven months.

In the lower panel is the Moving Average Convergence Divergence (MACD) oscillator which is above the zero line telling us that the trend is positive.

In this weekly bar chart of WLL, below, we can see what I believe is a large base formation that began in late 2015. Prices have found buying interest around $15 and the rally peters out above $45. Currently WLL is above the rising 40-week moving average line. The weekly OBV line is interesting in that it shows strong accumulation or buying in 2016 and again since September 2017. The weekly MACD oscillator is in a bullish mode above the zero line.

In this Point and Figure chart of WLL, below, we can see that a downtrend was broken and an uptrend began. An upside price target of $58 is indicated. 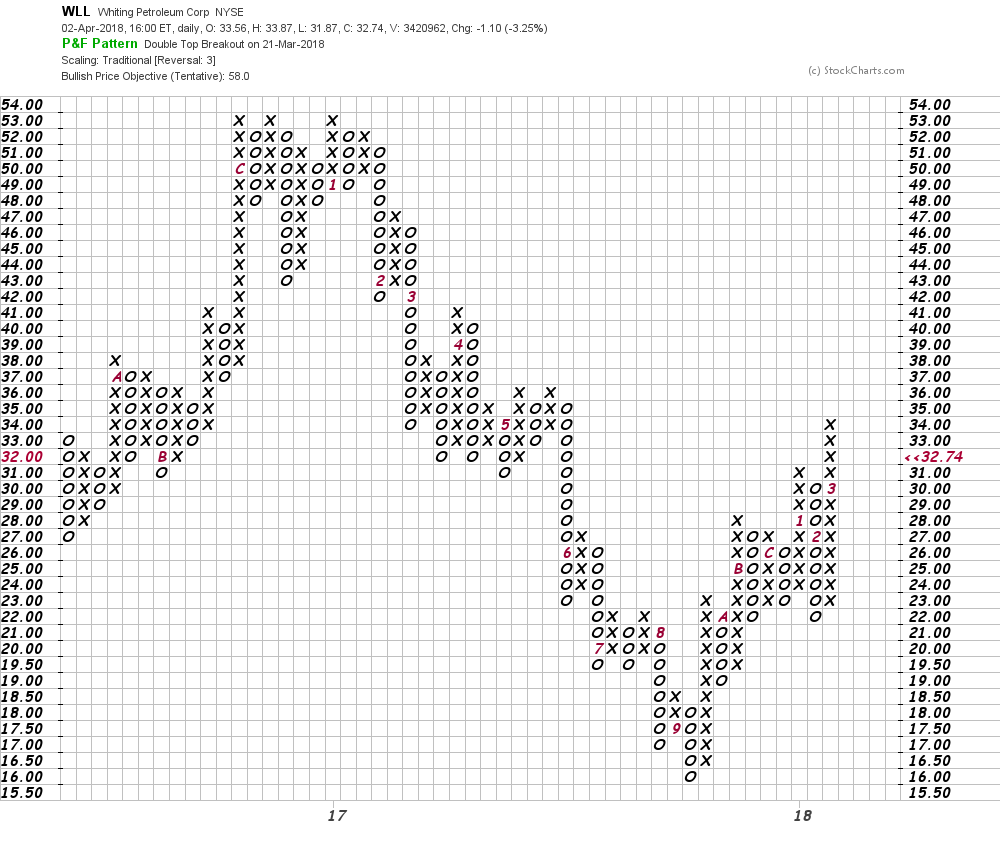 Get an email alert each time I write an article for Real Money. Click the "+Follow" next to my byline to this article.
TAGS: Investing | U.S. Equity | Energy | How-to