Laser maker Coherent Inc. (COHR) looks vulnerable to further declines. The share price of COHR briefly touched $329 in January and has quickly descended to $178 by the end of March. Our indicators are suggesting that further declines are likely so let's check out the charts for a strategy.

In this updated daily bar chart of COHR, below, we can see that prices were in an uptrend until late January when they broke nearby support and the 50-day moving average line. Prices continued lower into February to break the flat 200-day line and further support levels. The slope of the 50-day line turned negative in late January and the line crossed below the now declining 200-day line in March for a bearish dead cross.

The daily On-Balance-Volume (OBV) line peaked in January with prices and has turned down telling us that sellers of COHR have been more aggressive. The trend-following Moving Average Convergence Divergence (MACD) oscillator has been in a bearish configuration since late January.

In this weekly bar chart of COHR, below, notice how prices rose five-fold from the 2015 base around $60. After a small lopsided double top around $320 prices turned lower and broke the 40-week moving average line. The slope of the 40-week average is now negative. The price pattern in recent months looks like a bear flag that is breaking lower.

The weekly OBV line is in a three-month decline and tells us that sellers are aggressive now. The weekly MACD oscillator turned bearish when it moved below the zero line last month.

In this Point and Figure chart of COHR, below, we can see a $164 downside price target. 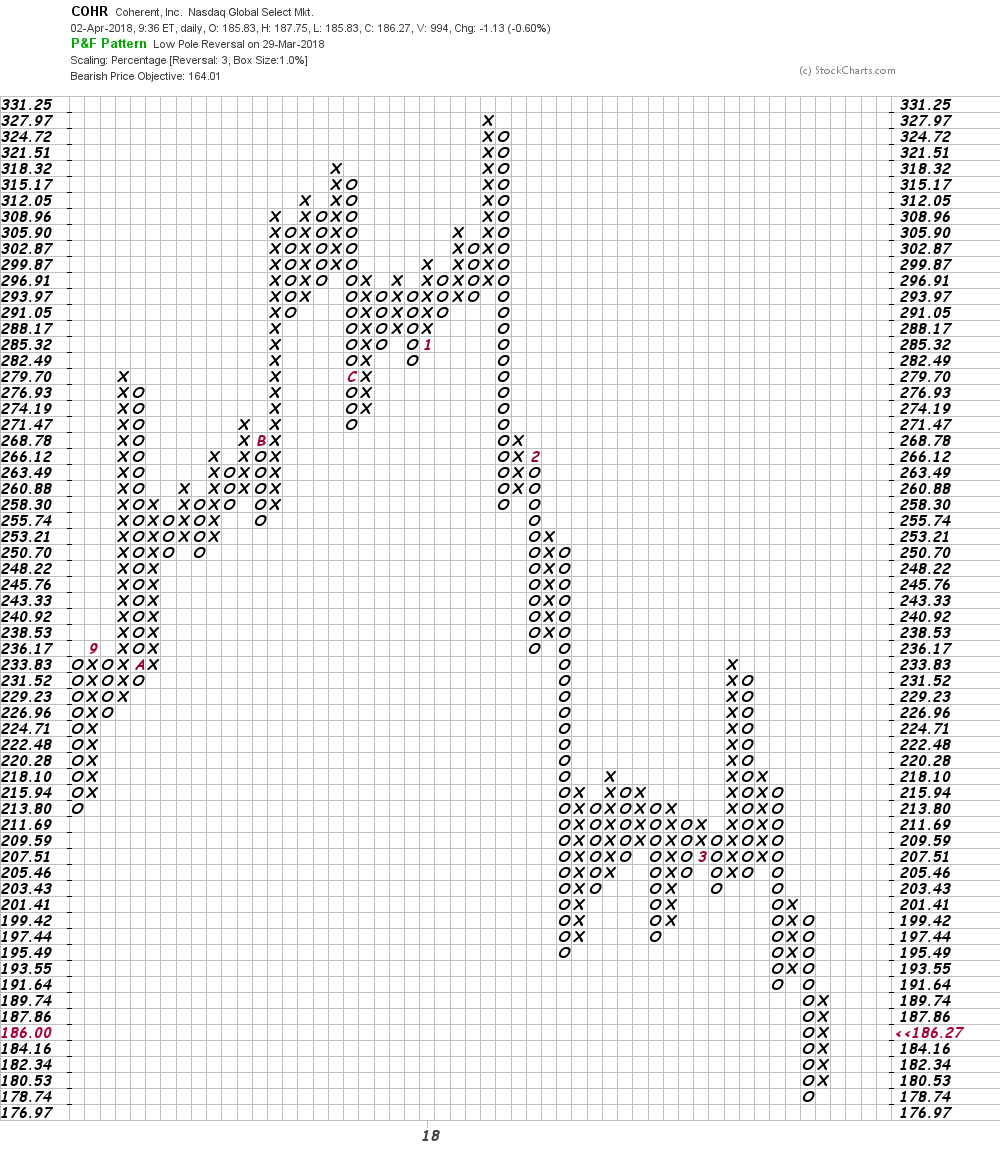 Bottom line: The charts and indicators are weak and pointed lower. Traders should approach the short side on bounces. The next important potential support area is $120.