The women's apparel retailer Ascena Retail Group, Inc. (ASNA) has been trading sideways around $2.00 since June but unfortunately this has not evolved into a base formation with signs of accumulation. Some of our go-to indicators have improved but that is because of the sideways movement and not from buying. Let's take a couple of charts into the fitting room.

In this daily bar chart of ASNA, below, we can see the sideways price movement noted above. The 50-day moving average line and the 200-day line have turned flat. It won't take much of a rally to get above both averages and even to see the 50-day rise above the 200-day line but that does not suggest accumulation.

If you take a moment to look at the volume histogram you do not see increasing volume over the past months. In fact the daily On-Balance-Volume (OBV) line has declined since early December suggesting that sellers of ASNA have been more aggressive than buyers.

The Moving Average Convergence Divergence (MACD) oscillator has been hugging the zero line since August telling us that there is no trend strength.

In this weekly bar chart of ASNA, below, we can see a long decline over the past three years. Prices have been testing the bottoming 40-week moving average line. The weekly OBV line shows a two year decline followed by a neutral trend. The weekly MACD oscillator has come up from its June 2017 low but it looks like it is rolling over below the zero line.

In this Point and Figure chart of ASNA, below, we can see the sideways price action since June (look for the "6" on the chart). The price action looks like distribution (selling) and a $1.08 price target is shown. 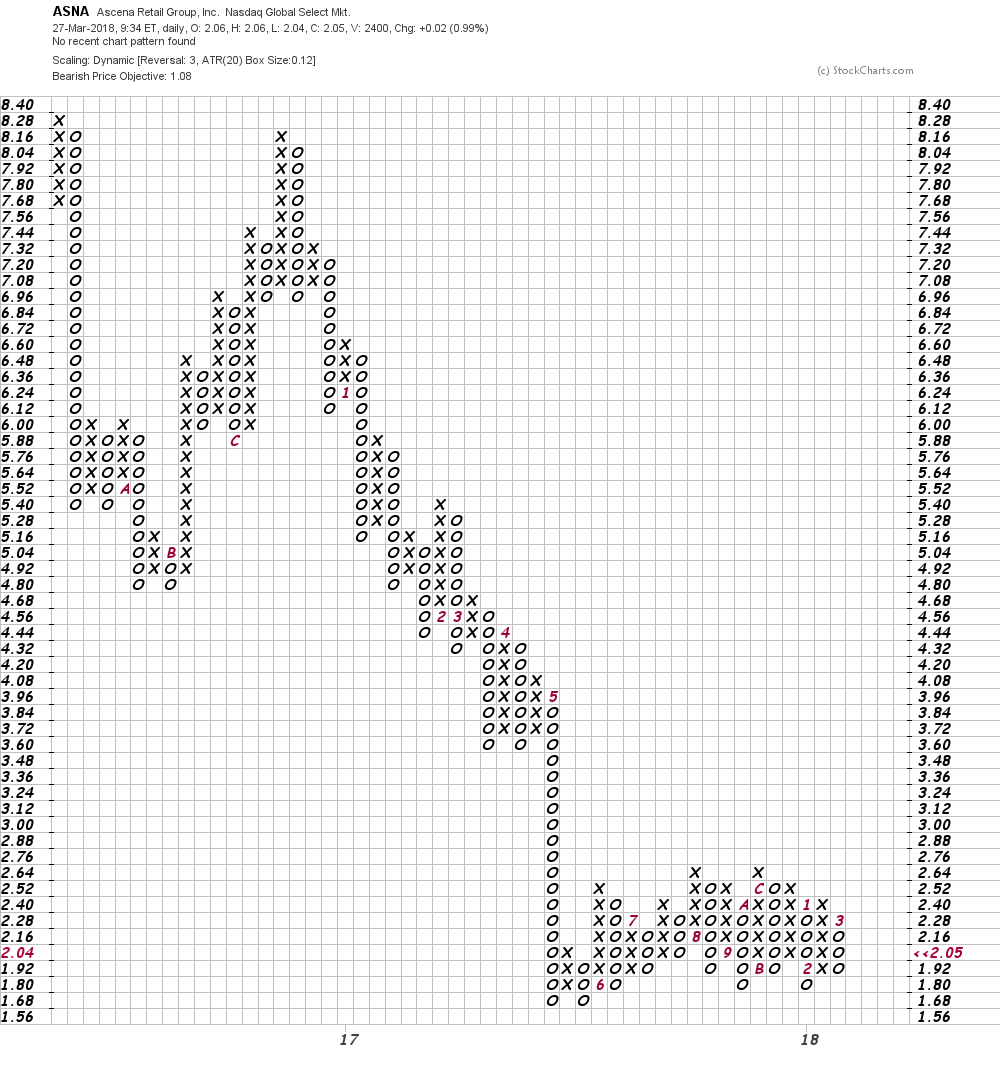 Bottom line: ASNA has made lower highs since December and a lower low could happen in the weeks ahead. Despite the low price ASNA can stay on the rack.