"Skepticism is the chastity of the intellect; do not surrender it lightly."

A day does not go by in the business media that a talking head doesn't exclaim his or her adoration for financial stocks. That view is typically underscored by self-confidence and total disdain and lack of respect for the contrary view.

But financial stocks, despite their popularity, already are starting to weaken and potentially roll over in the face of growing threats that few are heeding. The weakness recently been most conspicuous in life insurance and brokerages; it now may be floating into banking stocks. 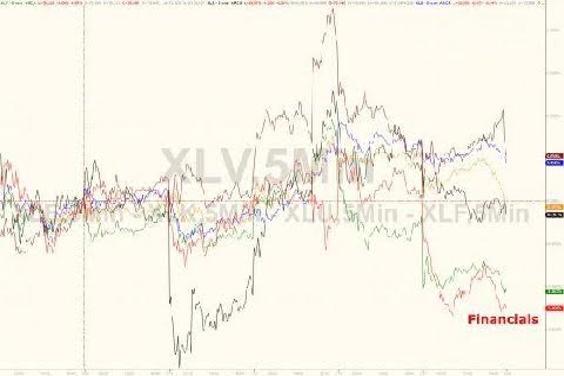 The Economy Is Likely Weaker Than Many Believe

Forgotten by the bullish cabal is that zero interest rates have pulled forward a great deal of economic growth and a large amount of debt that is growth-deflating has been created over the last eight years. 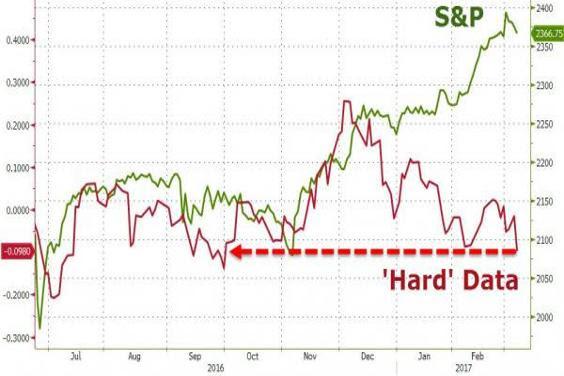 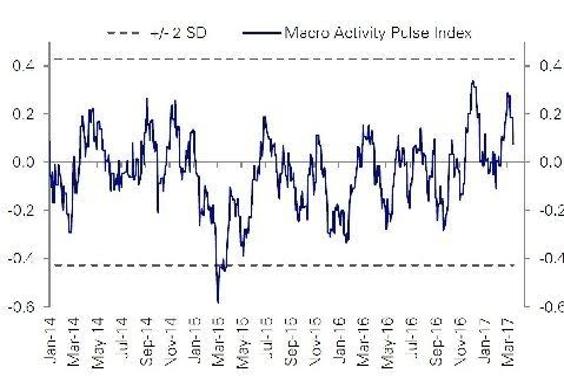 The yield curve remains flat and 10-year and long-bond yields have been contained and have not broken out of the existing range: 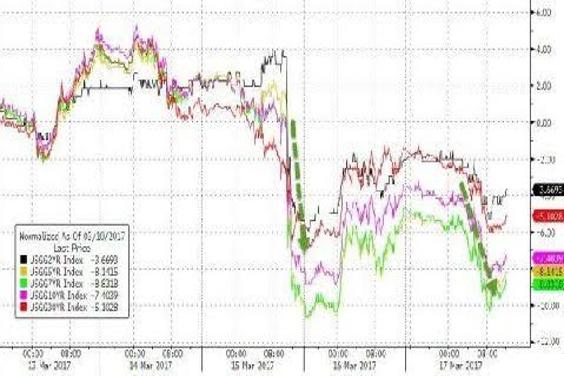 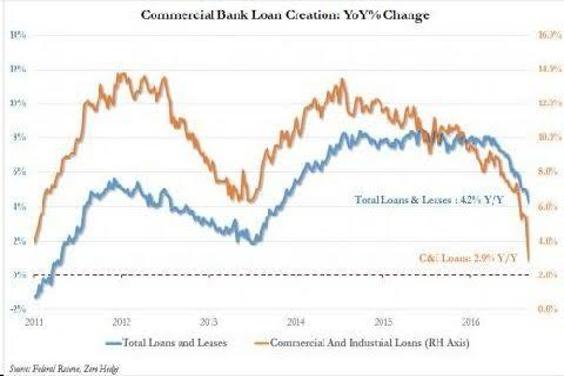 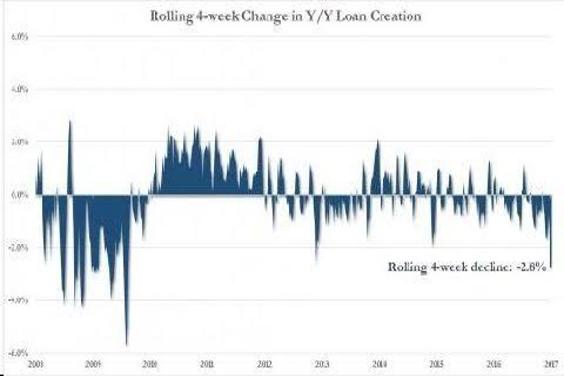 Speculation in homes is back, with investor/speculator demand totaling an outsize 37% of all transactions last year, according to housing maven Mark Hanson. Home flipping, which marked the end of the last cycle, is even accelerating: 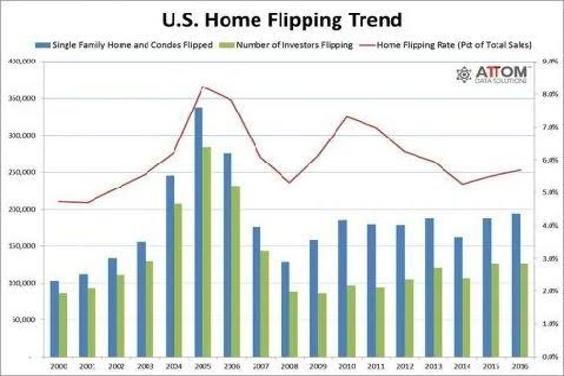 However, institutional demand for single-family rentals is off sharply and several institutional investors have announced plans to liquidate homes owned. Meanwhile, foreign capital that buoyed the high-end housing markets is no longer inundating our markets, especially in Silicon Valley and other markets that depend on holders of H1B and EB5 visas. Finally, natural/native new-home buyers are saddled with record amounts of student , auto and credit-card debt and have been sidelined indefinitely as home purchasers. 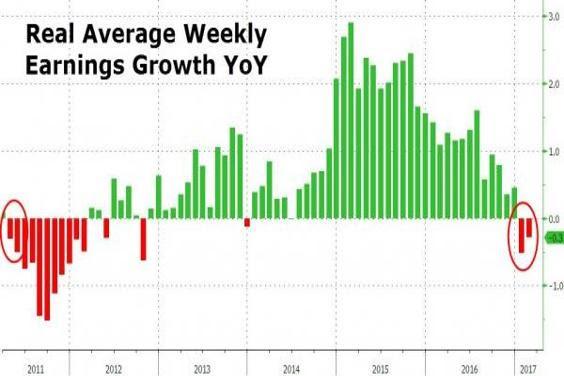 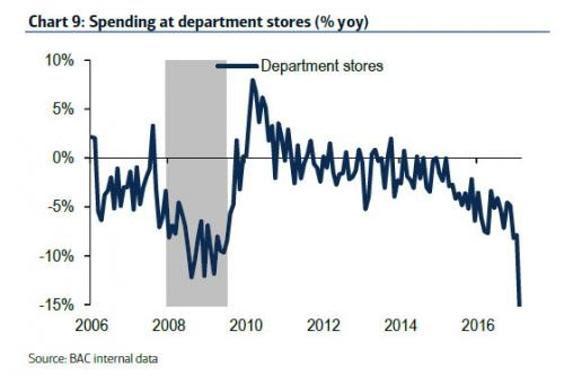 "I have a sense that, for Europe, it is going to be "Apocalypse Soon." This is not a guess, I never guess. I arrive at my conclusions with rational deductions utilizing sixth level thinking. I may not always be right, and I may not be right this time, but my thought process is clear enough. Neither do I have any axes or prejudices. I do not arrive at any investigations with any premeditated conclusions...

You can logically look at "fundamental analysis" and reach certain conclusions. You can ride the "Muddle Through" wave and investment in the European banks and other European companies. Many institutions, obviously, are doing just that. I, however, think that the "event driven risk" in Europe will overshadow the "fundamental analysis" soon.

I think, as Homer stated, that the "hook is coming for the crook." Plenty of those bad boys in European politics these days.

I see way more risk than reward in Europe now. Perhaps I am being overly conservative? Perhaps I am missing some opportunities? If I err, it is on the side of caution. I can live with my choice and sleep quite soundly.
Can you?"

Is the Trump (Regulatory) Put Dying?

"My view is that the fiscal path and regulatory reforms coming out of Washington .. are likely to provide a lesser and later contribution to economic and profit growth that the consensus expects."

The Trump health initiative appears to be foundering, the travel ban has been determined to be unconstitutional by the courts (twice) and the banking regulatory reforms may be put on the back burner, in part because that the president uncommonly has picked fights with the former president (Obama), German Chancellor Angela Merkel, China and others.

"Non sono interessati a preservare lo status quo; Voglio rovesciarlo ".
("I'm not interested in preserving the status quo; I want to overthrow it.")

Optimism seen in financial stocks over the last nine months in and of itself is not dangerous, but risks are being ignored and chances of disappointment have expanded as optimism in the sector has multiplied.

Despite the vigorous market advance in the last few months, my financial shorts, in the aggregate, are now profitable.

Though I remain long and enthusiastic about Hartford Financial Services Group (HIG) (and recently added to it), I have emphasized life insurance stocks (such as Lincoln Financial (LNC) and MetLife (MET) ) and brokerages (such as Goldman Sachs (GS) and Morgan Stanley (MS) ) on the short side. It may now be time to increase the size of my small banking shorts in Citigroup (C) , Bank of America (BAC) and JPMorgan Chase (JPM) as well. (Citigroup is part of Jim Cramer's Action Alerts PLUS charitable trust.)