One thing has been a constant during my daily walks into the office this year: giant banners hanging out on the front of the New York Stock Exchange.

Amid red-hot stock prices and low volatility, the IPO market has roared back in 2017 after a sluggish showing a year ago due mostly to election uncertainty. Normally, seeing a company IPO wouldn't be such a bad thing; there is something so American about the whole process. A couple of hungry founders develop a useful product or service, early stage investors invest in the company, then the founders get rich by selling shares to the public. Over time, the company takes its IPO proceeds and invests in further capital that provides some form of utility to the global economy.

But hot damn, people, the market responses to recent IPOs from Snap Inc. (SNAP) to others have been too overenthusiastic for this guy's taste. The reactions reek of doctors and lawyers being upset they didn't invest in the stock market three years ago and simply tossing money into new issues in the hopes of making a quick buck. How else can one interpret the heady valuations on names such as Mulesoft (MULE) , Snap and even Canada Goose (GOOS)  ? 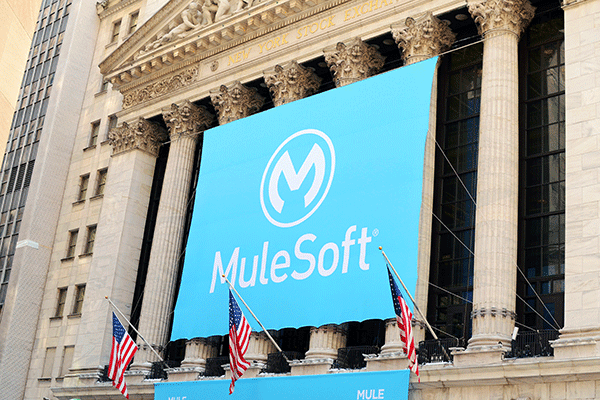 About that IPO market...

This year's 23 IPOs are up 13% on average post-IPO and have raised $9.7 billion in proceeds -- more than half of all of 2016, according to IPO research firm Renaissance Capital. Each of the four IPOs last week traded up on their first trading day -- Mulesoft, Canada Goose and Ardagh shot up 20% or more on their first day of trading. Renaissance Capital notes this is a sign of "animal spirits" returning to the IPO market. Yours truly calls it dumb as hell money.

And the IPO pipeline doesn't look like it's done spitting out new publicly traded companies. Six new names joined the IPO pipeline over the last week, tying the year's most active week for filings. All told, the Renaissance IPO Index is up 9.7% year-to-date, while the S&P 500 is up 6.2%.

See the froth? If you don't, let the red-hot IPO market be your wake-up call.

Read These Or It's Your Loss

Uber doesn't deserve its valuation: News that broke Sunday of Uber losing two more key executives, most notably well-regarded Jeff Jones, who was the former marketing chief at Target (TGT) , should call into question the ride-sharing firm's insane valuation. At least seven high-ranking executives have left Uber in recent months, some potentially due to the alleged frat boy culture put in place by founder Travis Kalanick. A start-up is only as good as its talent, and if Uber can't keep its best minds one has to wonder how its next round of VC-backed financing will go. The company has been reported to be worth more than $68 billion.

Makes one appreciate the stability that is Ford (F) (not to mention the company's new push into ride-sharing and other mobility of the future initiatives).

Target continues to invade New York City: The struggling discount retailer will open a high-profile store in New York City's tourist-heavy Herald Square in October this year, TheStreet first reported. The biggest loser could be Sears (SHLD) , which operates an embarrassment of a store in nearly transit hub Penn Station.

Expect a mother-load of smartwatch reveals this week: The big annual watch show called BaselWorld kicks off in Switzerland on Thursday and already, the smartwatch announcements have begun. Jeans maker Guess (GES) announced a new Android Wear 2.0-based smartwatch with Guess Connect, reported Engadget. The watch comes with Qualcomm's (QCOM) Snapdragon Wear 2100 processor, and in eight styles. On the higher end, Tag Heuer will take another stab at making a smartwatch after its initial foray was largely panned. Dubbed the Connected Modular 45, Tag Heuer's $1,600 timepiece will be embedded with technology from Intel (INTC) , reported ReadWrite.

What promises to be a barrage of smartwatch announcements makes one appreciate how bad a shape Fossil (FOSL) is in right now. Although the company has ventured aggressively into smartwatches, it may be too little too late, as TheStreet reported.

Get an email alert each time I write an article for Real Money. Click the "+Follow" next to my byline to this article.
TAGS: Investing | U.S. Equity | Consumer Discretionary | Consumer | E-Commerce

Altria Heads Lower but a Long-Term View May Be Helpful

Is there another trade to be made?