After being beaten down in the first half of 2017, American Eagle Outfitters, Inc. (AEO) recovered in the second half, but now the charts and indicators are showing their age and a sideways to lower trend may emerge in the weeks and months ahead. Let's check out the trends on the charts this morning.

In this daily bar chart of AEO, below, we can see that prices made a relatively small base in the late May to mid-August time frame. By the end of August AEO had rallied above the 50-day moving average line and by the middle of September it had closed above the declining 200-day line. A bullish golden cross of the 50-day and 200-day averages can be seen at the end of October. Prices are still above the cresting 50-day average but perhaps too far above the rising 200-day line.

The daily On-Balance-Volume (OBV) line made its low in late May and rose until late December. Since the end of December AEO has made new price highs but the OBV line has struggled and diverged from the price action.

The trend-following Moving Average Convergence Divergence (MACD) oscillator crossed to a take profits sell signal at the end of 2017 and made a lower high in March even when prices made a higher high.

In this weekly bar chart of AEO, below, we can see that prices recently broke above the 2016 peaks. AEO is above the rising 40-week moving average line. The weekly OBV line bottomed in August of last year and rose but its recent down-tick may have marked a high. The MACD oscillator has been narrowing the past two months or so and turn cross to the downside for a take profits sell signal.

In this Point and Figure chart of AEO, below, we can see a downside price target of $17.15 being projected. A deeper decline to $16.91 might precipitate further price weakness. 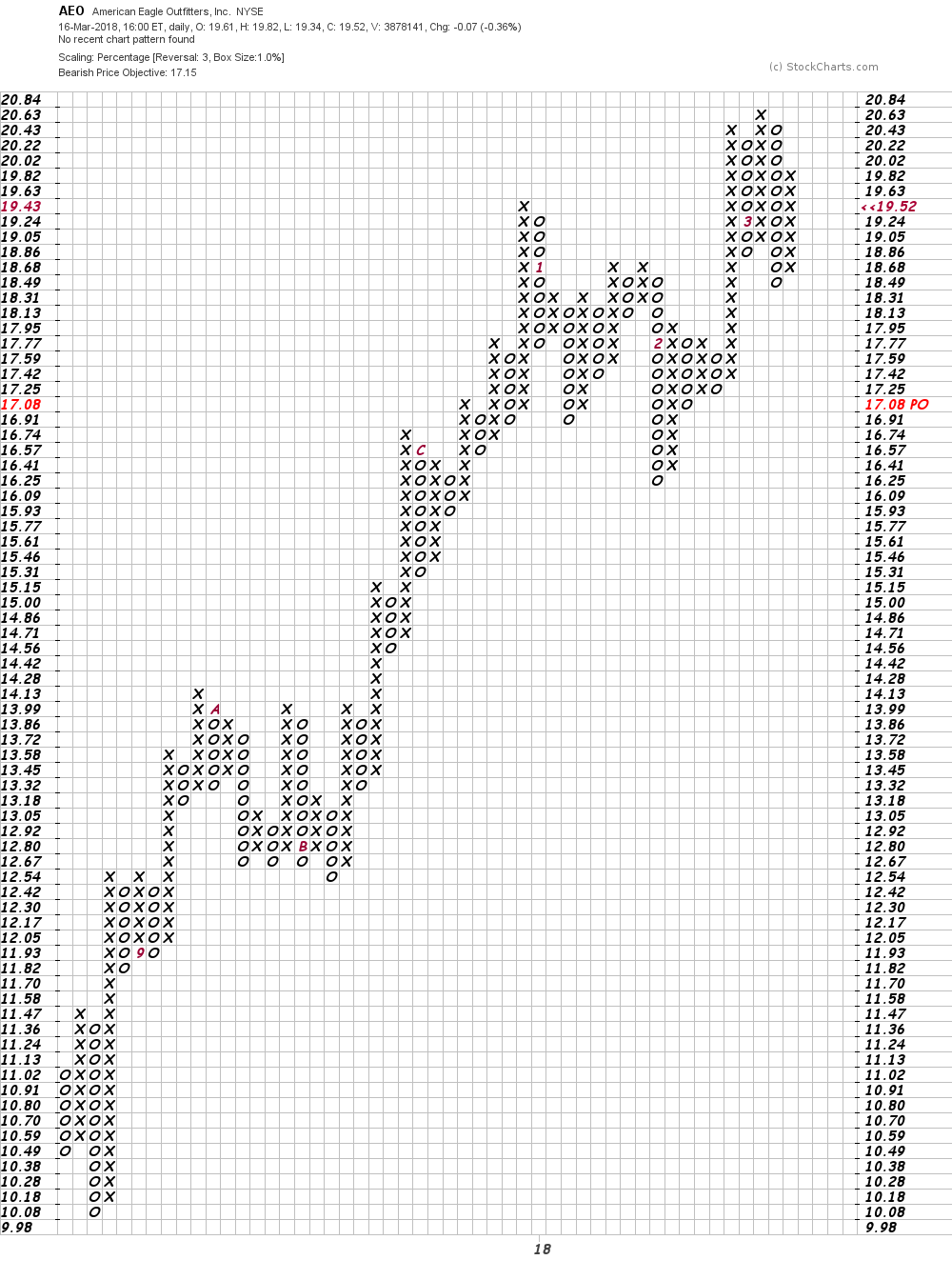 Bottom line: There are enough caution flags on the charts and indicators of AEO that traders who might be long AEO should consider booking profits. A close below the 50-day moving average line around $18.50 and below support around $17 should turn the price picture more bearish.