American International Group Inc. (AIG) has declined sharply since the end of January but it still looks vulnerable. Prices made a 2017 high in early August and have been weakening since that zenith. Will prices retest the lows of 2016? Let's see how the charts and indicators look.

In this daily bar chart of AIG, below, we can see that prices are below the declining 50-day moving average line and the declining 200-day average line. The daily On-Balance-Volume (OBV) line has been moving up and down with the price action and has been in a declining phase since late January.

The December low in the OBV line could be broken in the days and weeks ahead. The 12-day momentum study shows a higher low from February to March compared to lower lows in the price chart. This is a bullish divergence but the time frame is not all that meaningful.

In this weekly bar chart of AIG, below, we can see that prices are below the declining 40-week moving average line. The weekly OBV line has been slowly weakening since early 2017 and suggests that sellers of AIG have been more aggressive.

The weekly Moving Average Convergence Divergence (MACD) oscillator made a peak in early 2017 and has been on the defensive ever since. The MACD oscillator is pointed lower and below the zero line -- a bearish setup. 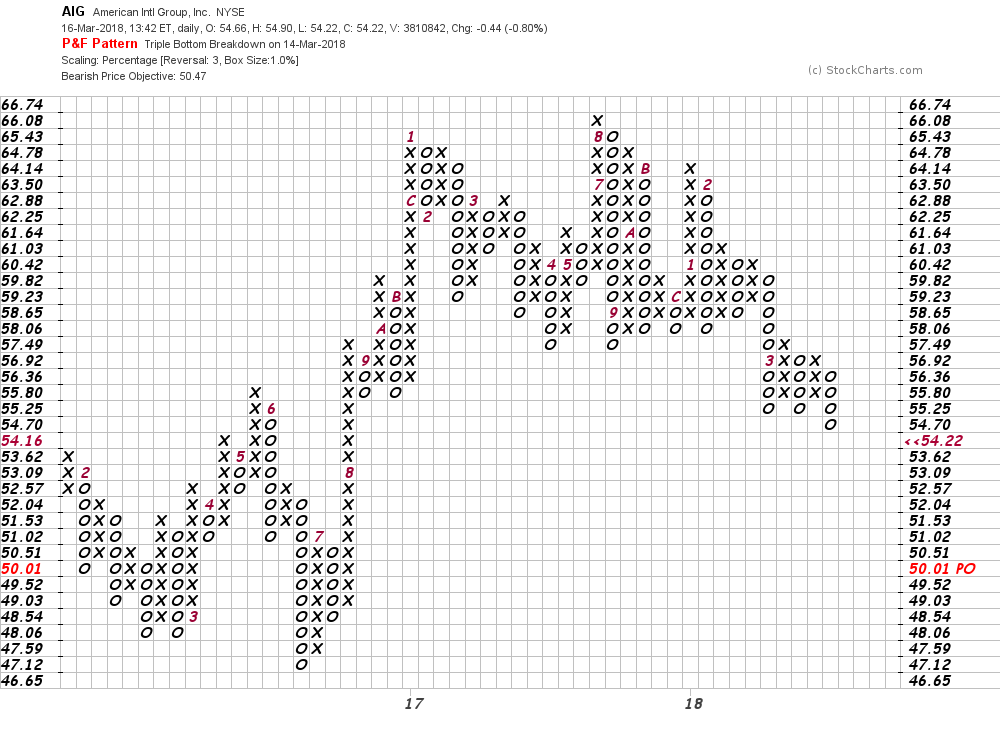 Bottom line: AIG looks like it is heading lower to retest and maybe break the lows of 2016 in the $50 area.

Get an email alert each time I write an article for Real Money. Click the "+Follow" next to my byline to this article.
TAGS: Investing | U.S. Equity | Financial Services | How-to