Washington Prime Group Inc. (WPG) has been in a downtrend the past three years as we look at our weekly chart below. Prices made a low in February but the decline may not be over and a viable base or bottom pattern has not formed yet. Sounds discouraging but let's visit with the charts and indicators a bit before "throwing it under the bus".

The daily On-Balance-Volume (OBV) line declined with the price action until November and since then the line has risen suggesting that buyers have been more aggressive the past four months.

In this weekly bar chart of WPG, below, we can see the three-year price erosion. Prices are below the declining 40-week moving average line.

The weekly OBV line has been in a downtrend since August and on this time frame sellers have been more aggressive. The weekly MACD oscillator has been below the zero line for more than a year and the two lines are on top of each other - things could go either way from here.

In this Point and Figure chart of WPG, below, we can see that prices are in a short-term decline (column of O's) and a lot of sideways price action is probably needed to establish a base or bottom. 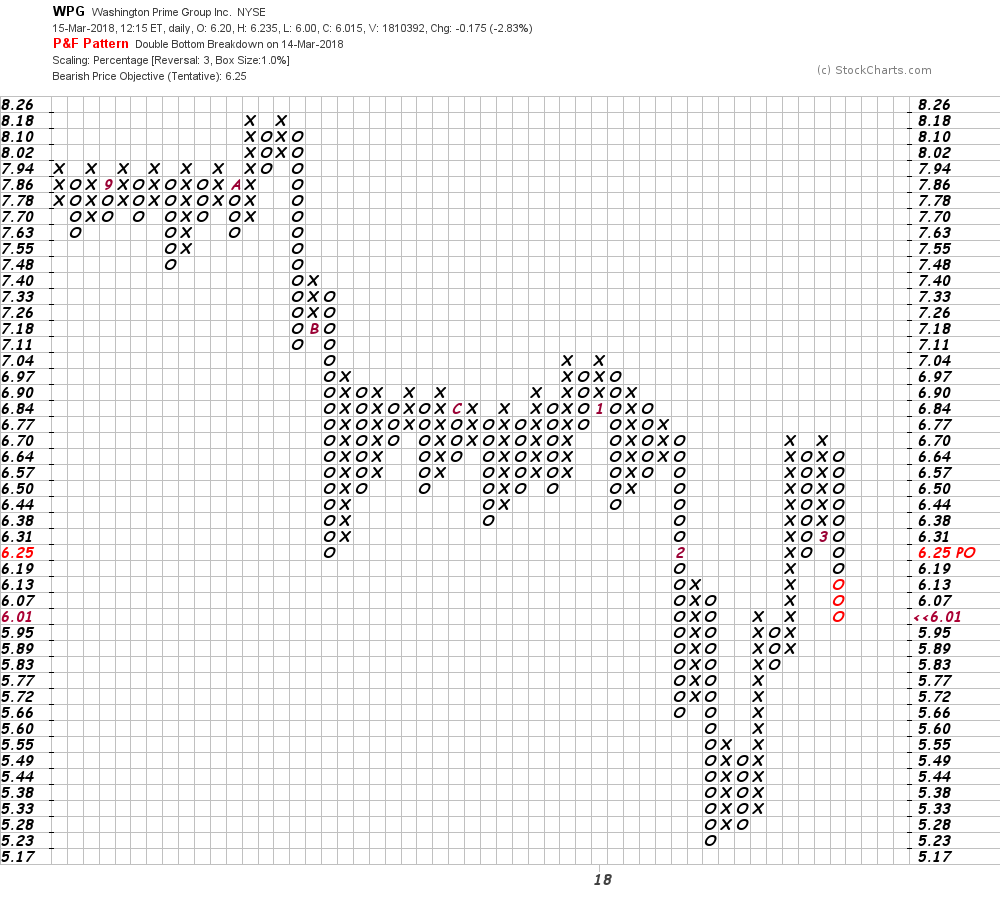 Bottom line: WPG has its work cut out for itself. If the low was made last month we now need to rally to a higher high above $7.00 to improve the short-term picture. WPG is likely to be a work in progress for some time to come.