Federal Realty Investment Trust  (FRT) could stage a tradeable rally in a downtrend. While some readers of Real Money may prefer to trade with the trend you still should read to the bottom of this article and make up your mind.

In this daily bar chart of FRT, below, we can see that prices are in a longer-term decline but from May to the end of December we have a relatively large sideways pattern with prices between $120 on the downside and $135 on the upside.

This is a $15 range and when prices broke down in early February the decline to the February low was nearly $15. FRT has rallied back to the underside of that large sideways pattern or around $120.

Prices are testing the declining 50-day moving average line. The interesting thing about the On-Balance-Volume (OBV) line is that it has made a new high above the December high. I suspect that the OBV line is leading the price action and prices can trade higher.

In this weekly bar chart of FRT, below, we can see the downtrend and that prices are below the declining 40-week moving average line.

The weekly OBV line is very interesting in that it has been rising for more than two years and suggests some significant accumulation has happened. The weekly MACD oscillator is narrowing towards a possible cover shorts buy signal. 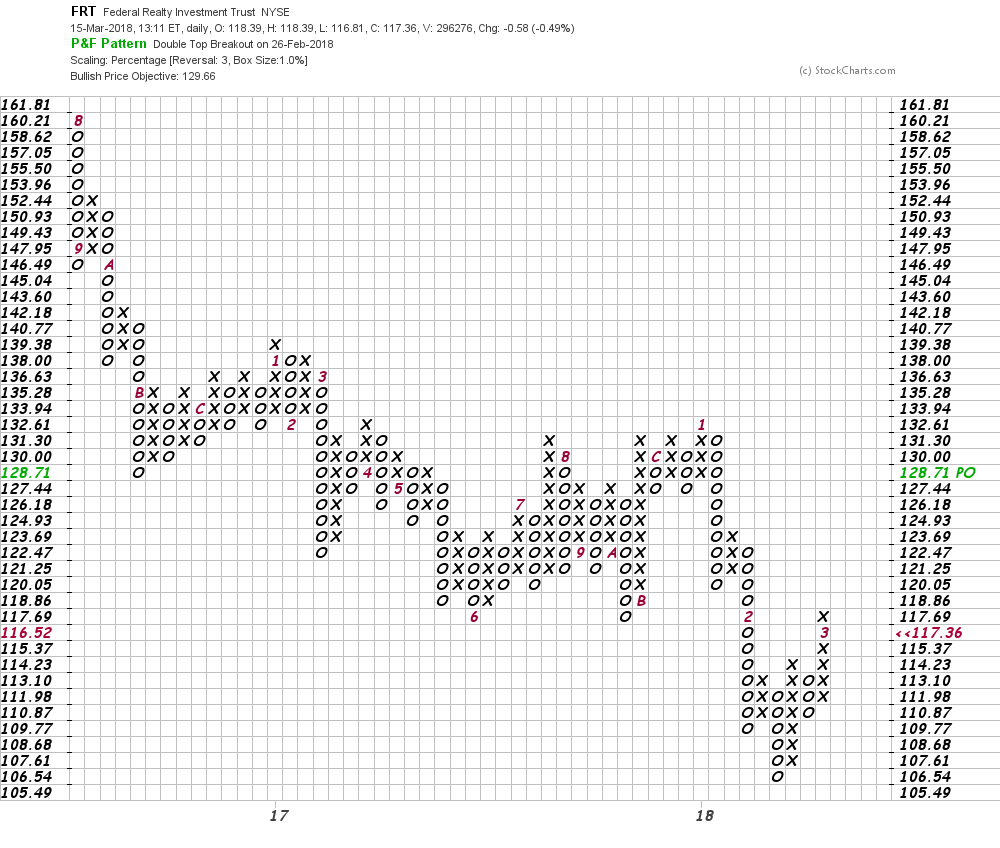 Bottom line: Yes, the trend is still down but I like the potential of this trade. Try to buy FRT a little closer towards $115 risking $112 and looking for gains to around $130.

We've Got Some Hot TIPS on Fighting Inflation

Now that we are in an inflationary environment, there are many ways investors can protect themselves by getting ahead of, or even avoiding the effects of inflation.

After Kaisa was unable to make payments due on a wealth-management fund it sold to retail investors, it requested a trading halt in four linked companies.

Evergrande to Sell Off Assets in Bid to Stay Afloat

Evergrande has reportedly struck a deal to sell 51% of its property-management arm, which would raise US$5.1 billion.