The chart of Kimco Realty Corp. (KIM) peaked in the middle of 2016 and has been more than halved. What lies ahead for this stock in the wake of the Toys R Us closings? Let's check the charts and indicators for clues.

The movement of the daily On-Balance-Volume (OBV) line is also not what I would anticipate. The OBV line rises from June to December and then does not decline to a new low in February when prices slide to a new low. The OBV line suggests that buyers have been more aggressive the past year even as prices were in a downtrend - strange.

The Moving Average Convergence Divergence (MACD) oscillator signaled a cover shorts buy in February but is now crossing to the downside again.

In this weekly bar chart of KIM, below, we can see that prices have been cut in half plus a bit more over the past two years. Prices are still below the declining 40-week moving average line.

The weekly OBV line behaves in a way we understand and has been in a downtrend also. The weekly MACD oscillator has been below the zero line since late 2016 and is pointed lower.

In this Point and Figure chart of KIM, below, we can see a large distribution pattern in 2017 and a big decline. Prices have bounced recently and are pointed to a $14.38 price target. 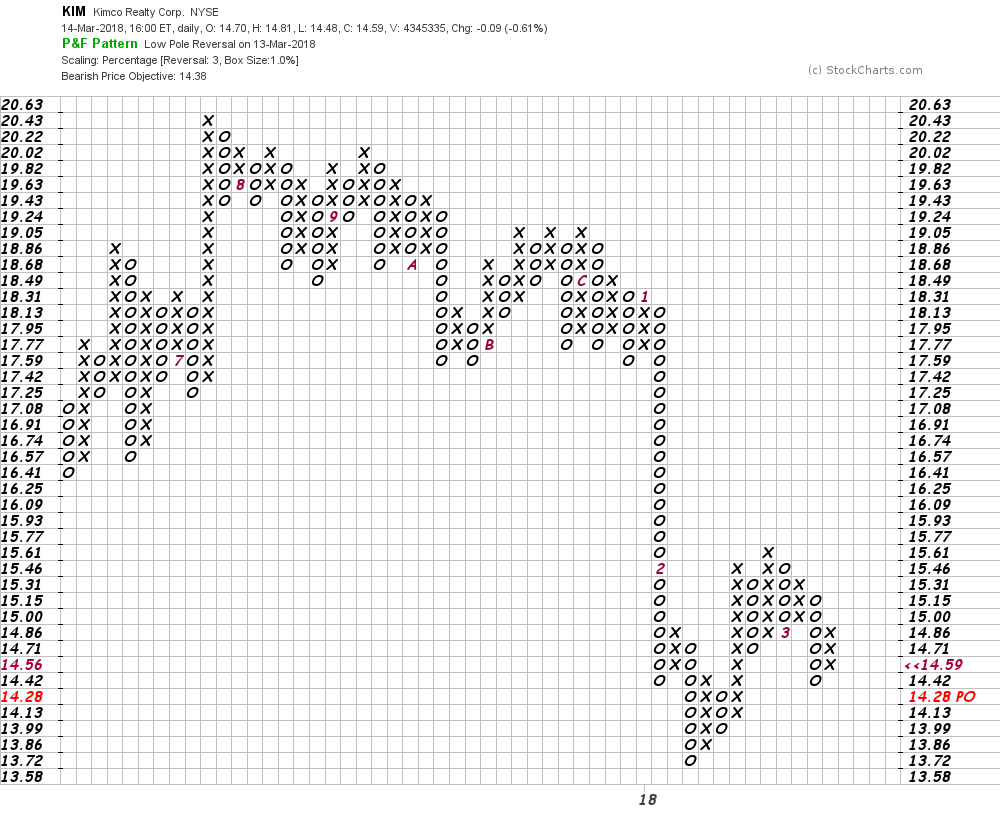 Bottom line: Has KIM declined enough to attract longer-term oriented investors? Too early to tell just yet. The volume of trading was heavy in late January and early February, and may be "throw in the towel" selling, but still a base or bottom needs to evolve. Let's come back to KIM in a few months.