PayPal Holdings, Inc. (PYPL) was reviewed in Kamich's Korner back in October, and I recommended that "PYPL has traveled a long way from its lows seen in late 2016. Prices are extended but not toppy. Longs should consider raising sell stop protection to below $62." Prices never declined to below $62 but now the chart is looking a little soppy and a new strategy is recommended.

In this daily bar chart of PYPL, below, we can see what might be a distribution (selling) pattern since November. The slope of the 50-day moving average line is still positive but the line has been tested many times since early February. Prices are outlining three highs -- one in November, one in January and the third looks like it is being made now.

It is not hard to draw a potential neckline along the early December low and the early February low but the volume pattern is just not right. The volume should be heavier in November and lighter in January and now.

The daily On-Balance-Volume (OBV) line has moved higher since November suggesting that buyers of PYPL have remained aggressive. The Moving Average Convergence Divergence (MACD) oscillator is just barely above the zero line and could easily slip below.

In this weekly bar chart of PYPL, below, we see signs of weakness. Yes prices are above the rising 40-week moving average line but the weekly OBV line has been stalled the past four months. The weekly MACD oscillator is in a bearish mode as it has been for the last three months.

In this Point and Figure chart of PYPL, below, we can see that a decline to $71 would probably weaken this chart. 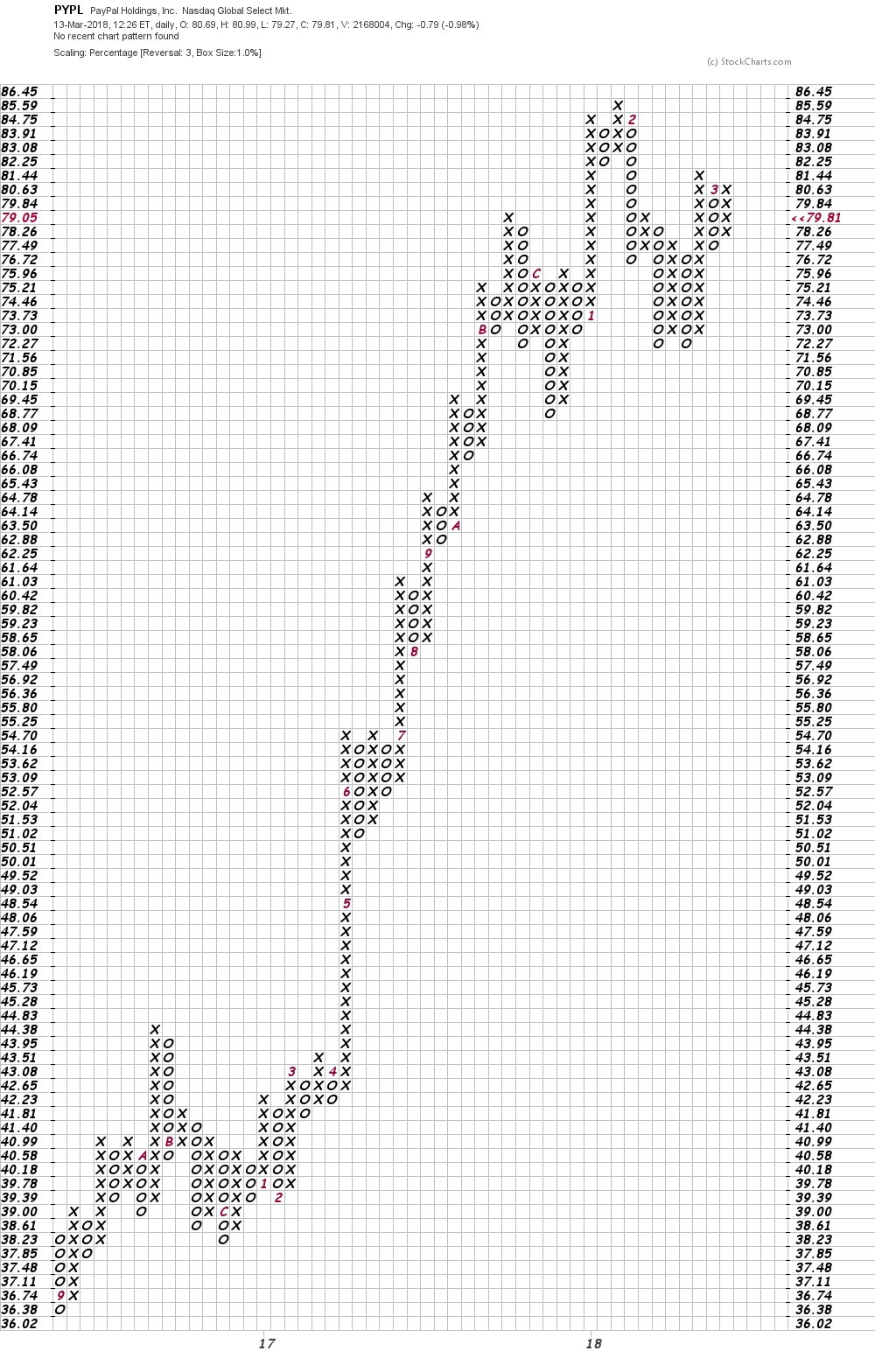 Bottom line: I think about risk all the time and I think if you are long PYPL and you are a short-term trader I would book some profits and raise your sell stops to $76. If you are a longer-term "investor" I would risk to $71.

Get an email alert each time I write an article for Real Money. Click the "+Follow" next to my byline to this article.
TAGS: Investing | U.S. Equity | Financial Services | Technology | Stocks