After reaching a series of new highs, the S&P 500 peaked on Jan. 26. It's been over a month since we've reached a new high.

Since the index consists of stocks, this means that the majority of stocks are off their highs. Stocks that are managing to reach new highs are therefore exhibiting extraordinary strength, and there are some interesting names on that list.

These stocks aren't bothered by recent bouts of volatility, or fear of tariffs. Names like Intel (INTC) , Amazon (AMZN) and Netflix (NFLX) all reached multi-year highs this week. Jim Cramer refers to stocks in this group as The Invincibles, because they seem impervious to any threat.

However, there are stocks that don't fall into The Invincibles category that are also worth a look. For example, consider Five Below FIVE. Earlier this week, dollar stores were crushed after Dollar Tree (DLTR) missed fourth-quarter earnings and issued weak forward guidance. The news also brought down Dollar Tree's competitors in the low-end retail space.

However, Five Below, which fell by over 3.6% on the news, shouldn't be lumped in with this group. Visit both Dollar Tree and Five Below, and you'll see a stark difference in both products and clientele. Dollar Tree specializes in consumer staples, while Five Below features non-essential specialty products.

Technically, after reaching a new all-time high in January, Five Below has been consolidating its gains. That consolidation has taken the form of a rounded bottom, which can be thought of as a process of shaking out the weak hands. Volume has been subdued during the formation of this pattern, which is a normal part of the process. Now that the process is complete, the path of least resistance for this stock is higher. 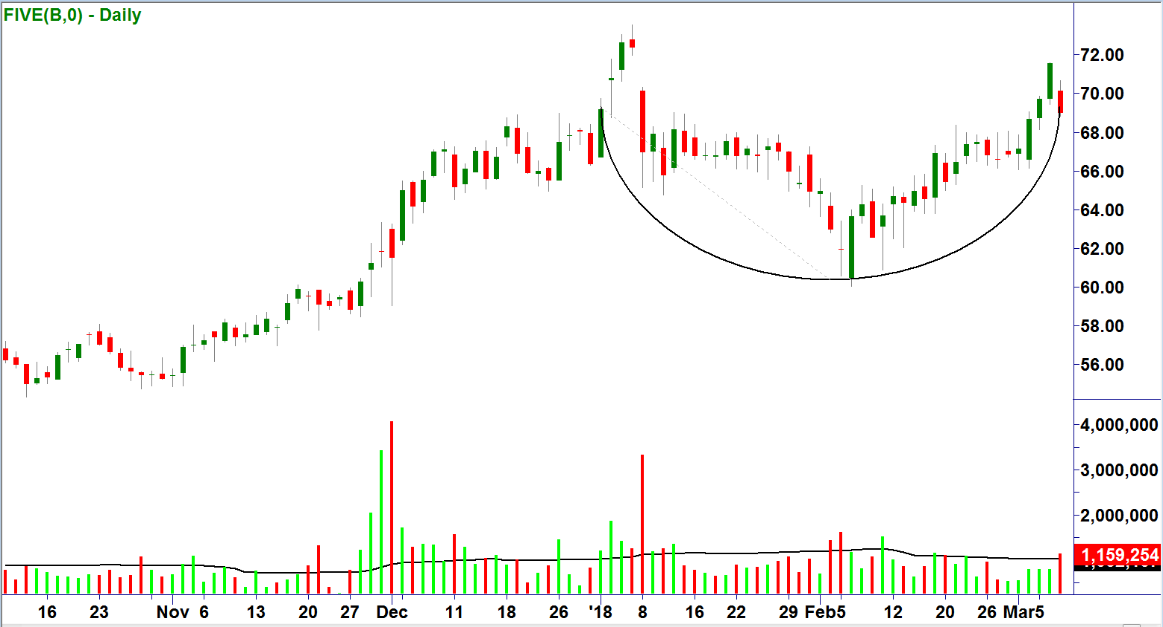 Another name to consider is lululemon athletica (LULU) . This stock may not be one of The Invincibles, but it did manage to hit an all-time high on above-average volume this week. Lululemon has great support on its 50-day moving average (blue line), currently located near $79.50. The company has fought off competitors like Under Armour UAA by generating a high degree of loyalty among its clientele. 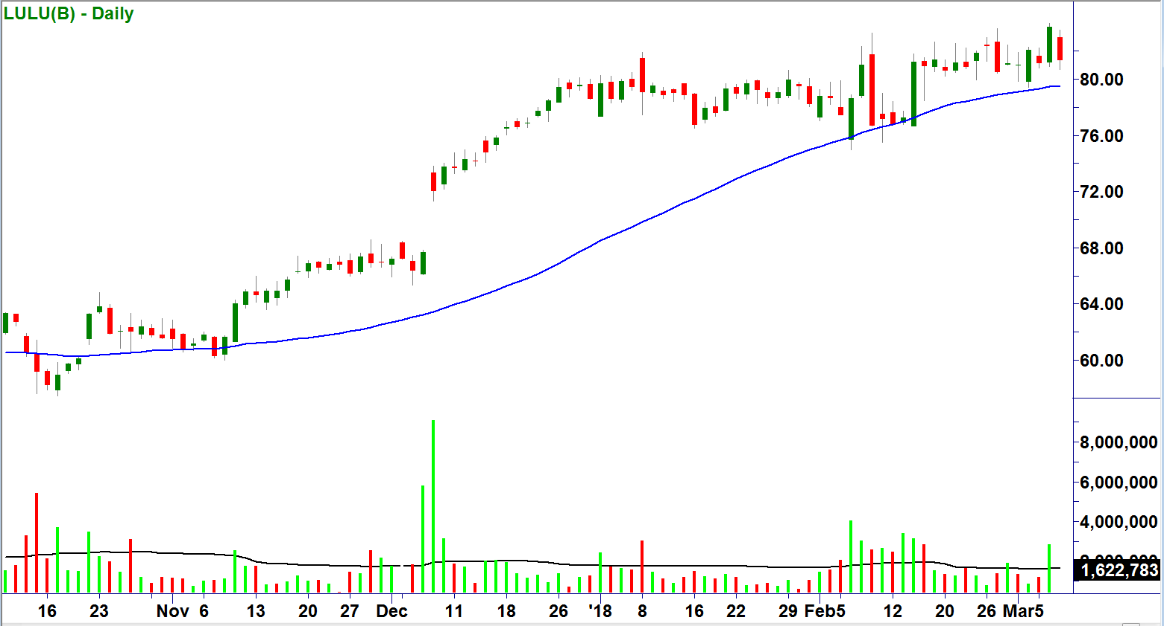 Technically, all of the stocks named above -- The Invincibles, plus Five Below and lululemon athletica -- have better charts than some very popular names. Right now, they look better than Action Alerts PLUS holdings Facebook (FB) , Alphabet (GOOGL) , and Microsoft (MSFT) , just to name a few.

Stocks that are reaching new highs are inherently strong, and it's a common investment theme to buy the strong and sell the weak. Both Five Below and lululemon althletica are strong right now, but they are also unique. There are other companies that sell similar products, but they fail to provide similar experiences or generate the same degree of loyalty among their customers.

This commentary originally appeared on Real Money Pro on March 9. Click here to learn about this dynamic market information service for active traders.

A look at the charts of Advanced Micro Devices and Tesla, plus a review of the 'broadening' market action from Thursday.