Robert Moreno is a regular contributor on Real Money Pro. Click here to learn about this dynamic market information service for active traders.

Regeneron Pharmaceuticals (REGN) saw several periods of volatile price swings in the last half of 2016, before consolidating this year in a rounded, or saucer, bottom, below resistance in the $388 area. This resistance level, which is the 50% retracement level of the November range, is being retested, and a confirmed breakout projects back up to last year's highs.

Since making the pattern low in January of this year, the momentum indicators have turned higher. The Relative Strength Index moved above its 21-period average and centre line, and the moving average convergence/divergence made a bullish crossover and is tracking over its center line. 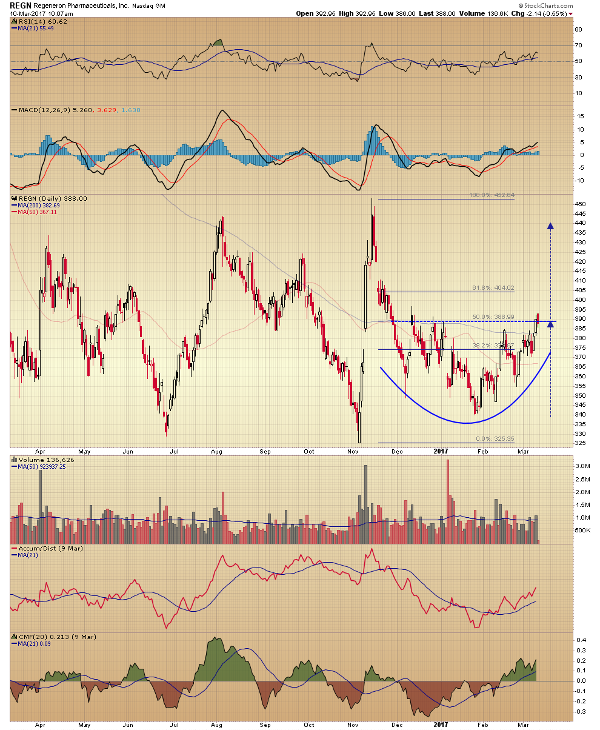 The accumulation/distribution line crossed above its signal average and Chaikin money flow is well into positive territory, after tracking above a rising 21-period average since the beginning of this year. Overall volume has also been improving -- and these readings suggest the stock is under accumulation.

Regeneron is a long candidate, after an upper candle close above 50% retracement level resistance, using a protective trailing percentage stop.