The panic over trade wars and tariffs is very misguided.

Any renegotiation period would be disruptive to the status quo in the short run but is likely to prove very positive for America over the long term.

Why should we not be scared of "retaliatory" measures from other nations? The United States is by far the single largest consumer market in the world. Other countries need access to our buying more than we need their goods and services. 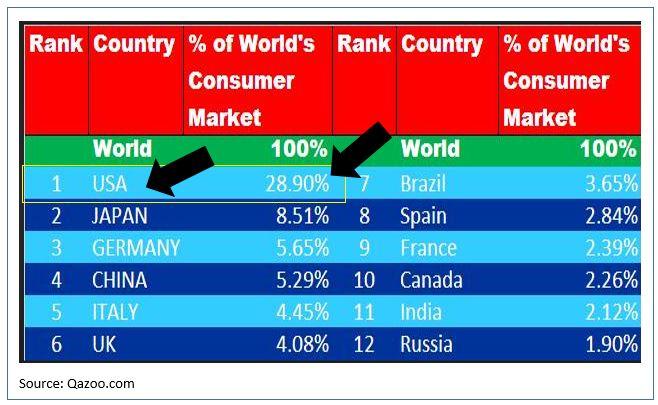 Old treaties, which gave sweetheart deals to other countries, should be redrawn to create a level playing field.

If Germany levies a 10% tax on American auto and truck imports why shouldn't the U.S. be charging them the same when their vehicles come here? If Japan imposes 40% taxes on Harley-Davidson (HOG) motorcycles, making them non-competitive in Tokyo, why should the U.S. let Japan flood the U.S. with Hondas, Suzukis and Yamahas with low or no import duties?

Demanding reciprocal tariffs from our trading partners makes sense. Those other countries won't be happy giving up their previously favorable treatment... but they would rather meet the demand for balanced taxation than give up the right to sell here in America.

Fear of higher prices is the temporary cost of fixing the old system which was heavily skewed in favor of foreign countries at the expense of American exporters. A firm stand on making trading terms more equitable might even eventually result in lower tariffs from both sides.

Note, too, that other legislation which makes things cost more has been embraced by large segments of the population. The drive for higher ($15 minimum) wages is sure to increase the cost of almost everything. Many are fine with that because they agree with the social goal involved. People pushing for "universal minimum income" and "free health care for all" have to know that those programs will raise the cost of living for everyone except those who don't pay into the system.

Think of these tariff talks regarding NAFTA, steel and aluminum like divorce proceedings. All parties in a divorce know the process will be messy, time-consuming and expensive. In spite of those known negatives they go through with it in the hopes of a better life afterwards.

Achieving fair treatment in international trading is a worthy goal. The status of the U.S. as the world's single largest buyer ensures other nations, after a period of discontent, will come to the table and respond favorably.

Fair trade should be a function of equal terms on both sides, from our allies and from less friendly countries. The U.S. needs to stand firm in its demands for reciprocal agreements.

Paul Price is a regular contributor to Real Money Pro. Click here to learn about this dynamic market information service for active traders and get daily columns like this from Paul Price, Tim Collins, Doug Kass and others.

Get an email alert each time I write an article for Real Money. Click the "+Follow" next to my byline to this article.
TAGS: Regulation | Markets | Consumer Discretionary | Investing | Emerging Markets | China | Economy | Politics