The charts and indicators on Honeywell (HON) have weakened in the past six weeks. Can HON stabilize here or is there a growing risk that the stock -- a holding in the Action Alerts PLUS portfolio, which Jim Cramer co-manages as a charitable trust -- breaks its February low? Let's check the charts and indicators this morning for some guidance.

In this daily bar chart of HON, below, we can see that prices broke below the flat 50-day moving average line in early February and retests of the underside of the line have failed in the past two weeks. Prices are still above the rising 200-day moving average line but a retest of the line could occur in the next few weeks. The volume pattern shows that the level of trading increased on the early February decline and then diminished on the rebound in the latter half of the month. The On-Balance-Volume (OBV) line has been flat/neutral the past six weeks suggesting a balance between the bulls and the bears. The trend-following Moving Average Convergence Divergence (MACD) oscillator has been in a sell mode since early February and its pointed lower.

In this weekly bar chart of HON, below, we can see how prices have been testing the rising 40-week moving average line. The weekly OBV line has been neutral the past three months but the MACD oscillator has turned down to a take profits sell signal at the end of January.

In this Point and Figure chart of HON, below, we have bullish and bearish observations. There is an upside price target of $179.73 but we can also see that a break below $143.60 would be bearish and probably precipitate further selling. 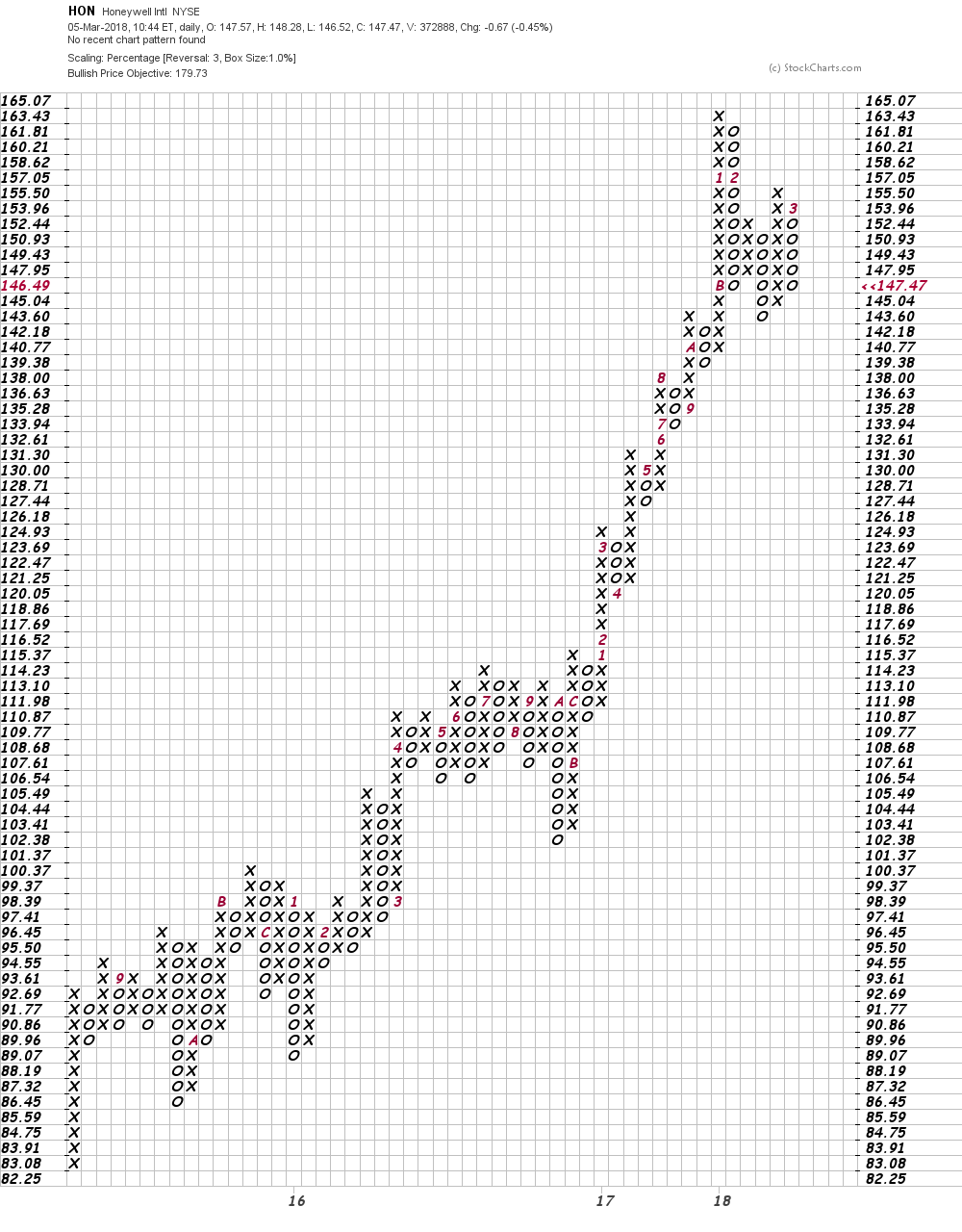 Bottom line -- HON is in a medium-term correction and not yet significantly oversold and displaying a bullish divergence to warrant re-approaching the long side just yet. A deeper decline could unfold in the next few weeks with prices testing the $140 area or lower.

Get an email alert each time I write an article for Real Money. Click the "+Follow" next to my byline to this article.
TAGS: Investing | U.S. Equity | Industrials | Technology | Stocks