Chubb (CB) looks vulnerable to further declines. Prices are under both the 50-day and the 200-day moving average lines and we could see a bearish crossover of these two averages soon, commonly known as a dead or death cross. But there are more technical reasons to be bearish on CB. Let's check the charts and indicators.

In this daily bar chart of CB, below, we can see how CB made a slight new high in late January before selling off sharply in early February. CB bounced slightly and has made a new low for the move down in recent days. The 50-day average line has a bearish slope and as noted above we could see it cross below the slower-t0-react 200-day line. The daily On-Balance-Volume (OBV) line shows a small double top and subsequent weakness. The Moving Average Convergence Divergence (MACD) oscillator is below the zero line and bearish.

In this weekly bar chart of CB, below, we can see that prices have closed below the cresting 40-week moving average line. The 40-week line has done a great job the past two years in keeping you in the bull move up for CB. It looks like the weekly OBV line peaked back in June last year and has been signaling more aggressive selling for months now. The MACD oscillator is in a bearish mode and approaching the zero line. 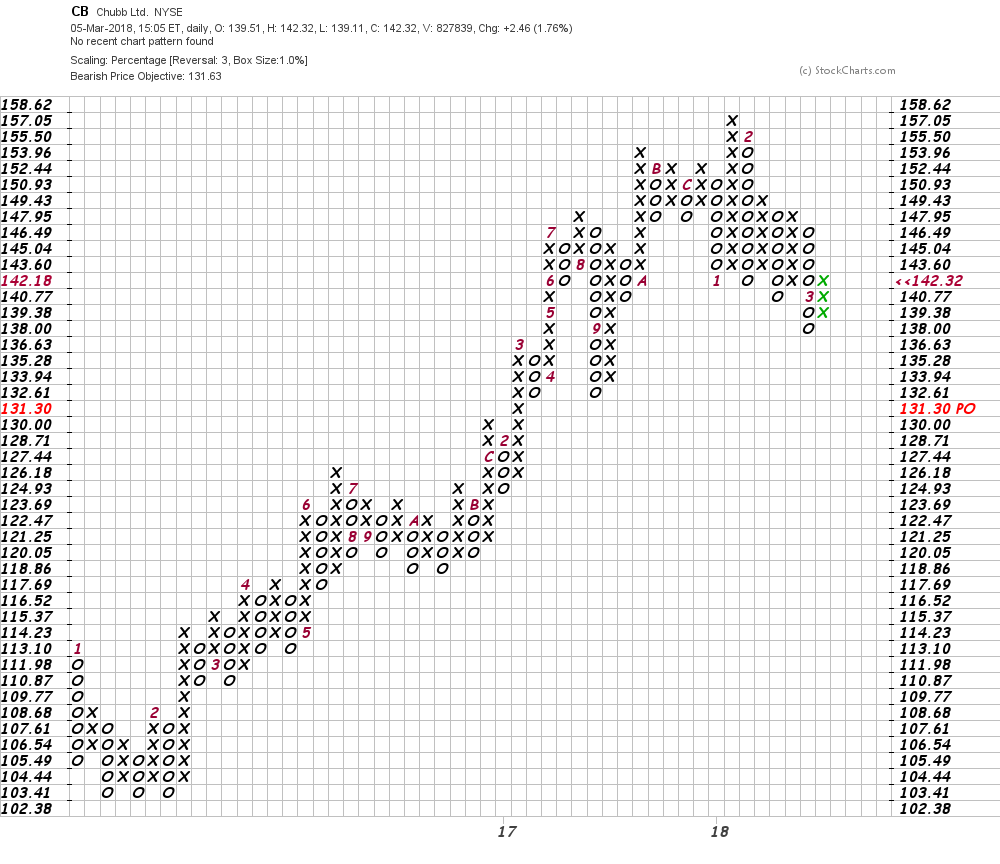 Bottom line -- I would look for CB to work lower to test/break the September price low at $134. A deeper decline to around $125 could be unfolding. I would suggest that traders book profits and defer new purchases.