ServiceNow (NOW) has not been reviewed in Kamich's Korner since last March when we wrote, "Price strength is needed to tell us the March correction is over. I would wait for a close above $90 to go long, risking to $83." That advice would have kept you sidelined from the long side of NOW until May and then the uptrend resumed in earnest.

Is there more to go on the upside after the strong rally from early December? Let's review the latest charts and indicators.

The daily On-Balance-Volume (OBV) line has been climbing nicely since early December telling us that buyers of NOW have been more aggressive. The momentum study at the bottom shows higher highs in momentum, which matches the higher price highs. If momentum was slowing it would be a warning flag.

In this weekly bar chart of NOW, below, we can see the price and indicators are in agreement. Price is above the rising 40-week moving average line. The weekly OBV line has been positive the past three years and the Moving Average Convergence Divergence (MACD) oscillator is bullish.

In this Point and Figure chart of NOW, below, we can see a recent upside breakout and a possible longer-term price target of $219.58. 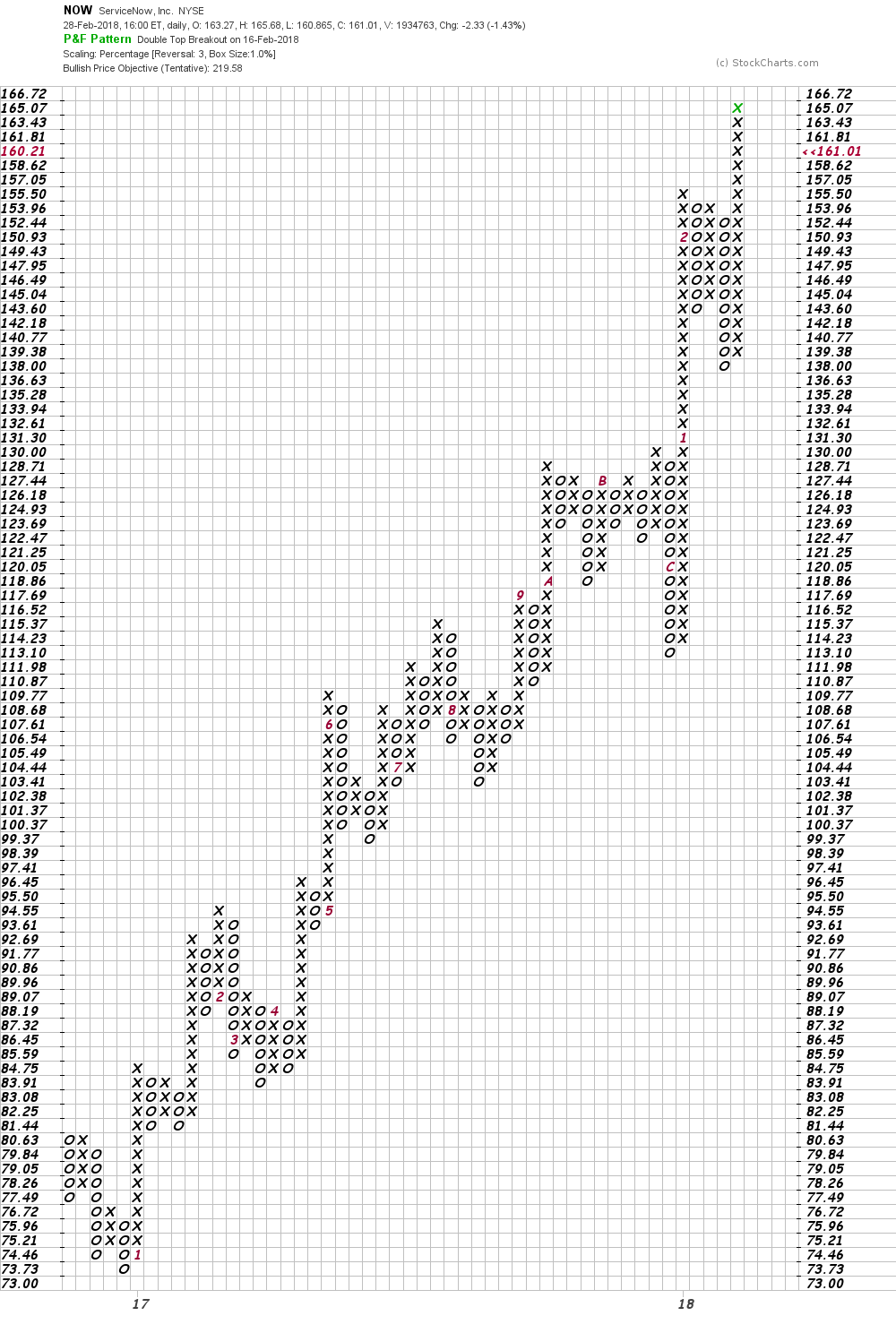 Bottom line: Prices are extended, or overbought if you like, so new longs need to tread carefully. Longs from lower levels could raise stop protection to $141 to lock in some well earned gains if there was a deep reversal. Longer-term gains to $200 and $220 are now on the table.