We last reviewed Abbott Laboratories (ABT)  back in October, writing, "Continue to hold longs in ABT and risk a close below $52. Next target is $60." Looking at the charts this morning we can see that ABT reached our $60 price target in January and topped out around $64 before prices pulled back to around $56 this month.

Is Action Alerts PLUS holding ABT now poised to head higher? Let's check.

In this daily bar chart of ABT, below, we can see that prices are above the rising 50-day simple moving average line after spending the first part of February below it. The rising 200-day line intersects down around $53 now. The daily On-Balance-Volume (OBV) line has been moving higher the past 12 months and tells us that buyers of ABT have been more aggressive. In the lower panel is the Moving Average Convergence Divergence (MACD) oscillator, which is turning up from the zero line for an outright go long signal.

In this Point and Figure chart of ABT, below, we can see a large base in 2016 and a strong rally since late 2016. There is a projected price target of $69. 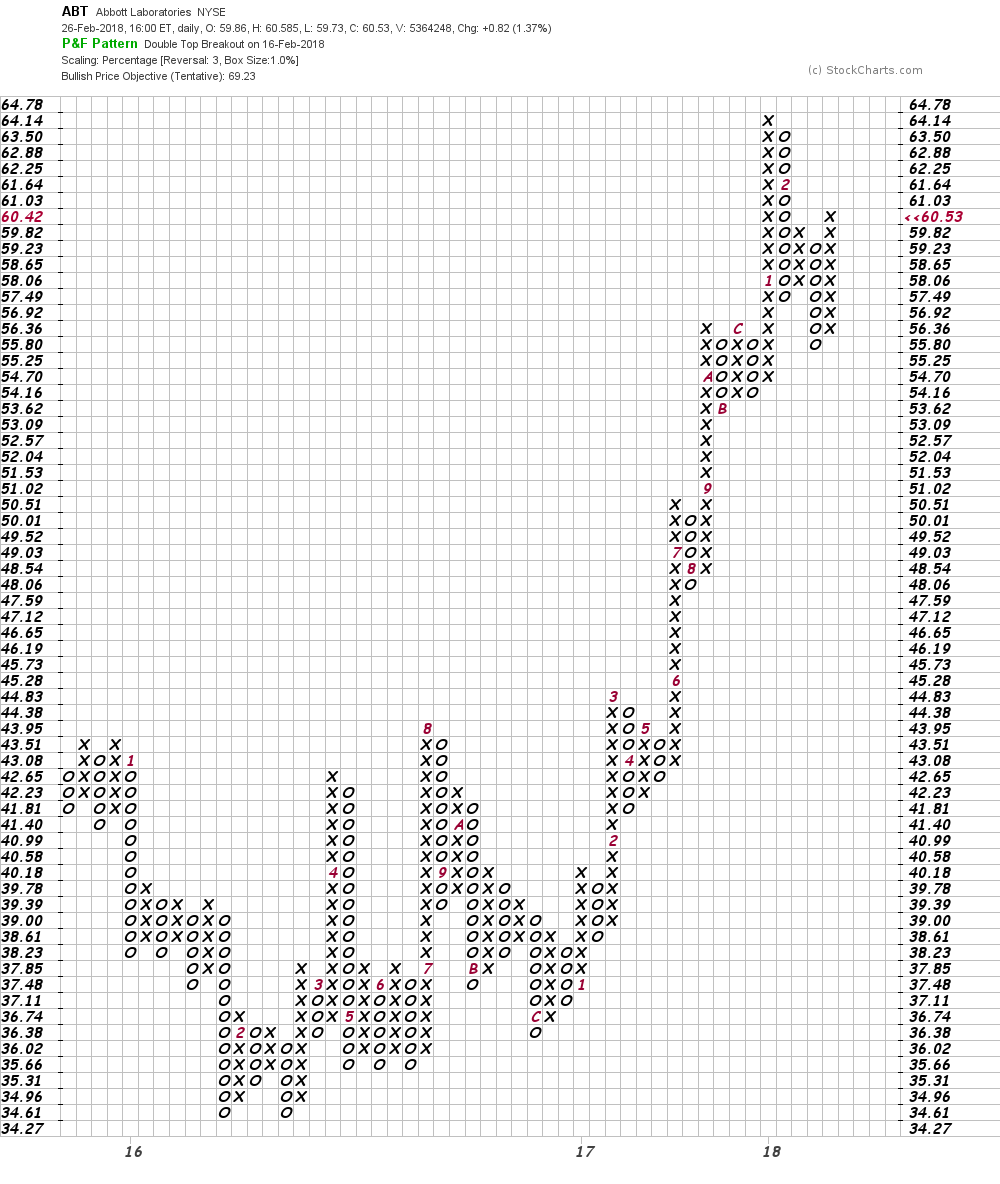 Bottom line: ABT has been in a strong and durable uptrend and that is likely to continue. Investors and traders should stay long risking below $56 while looking for gains to the $69-$70 area next.