"I don't look to jump over seven-foot bars; I look around for one-foot bars that I can step over."

Phillips 66 (PSX) represents around 4% of Warren Buffett's portfolio and looks to be a rare energy play. In mid-December I was positive on the stock and wrote, "PSX might trade sideways around $98 for a couple of weeks, but I would look for the uptrend to continue. Trade PSX from the long side, risking below $92 for now." Prices continued to gain into late January and nearly reached $108.

In this daily bar chart of PSX, below, we can see that PSX just bounced off the 200-day moving average line. The movement in the On-Balance-Volume (OBV) line could be interpreted in two ways. The OBV line has declined this month telling us that sellers have been aggressive but we might also suggest that the line has not declined all that much and that there has not been significant liquidation.

In this weekly bar chart of PSX, below, we have mixed signals right now. Prices have held the rising 40-week moving average line but we still might see it broken. The weekly OBV line shows a meaningful decline and supports the bears. The weekly Moving Average Convergence Divergence (MACD) oscillator crossed to the downside late January for a take profits sell signal.

In this Point and Figure chart, below, we can see prices in a recent sideways pattern. A decline to $88.19 would be a downside breakout and could open the way to $81.74. On the upside we probably need a rally to $94.55 to strengthen this chart. 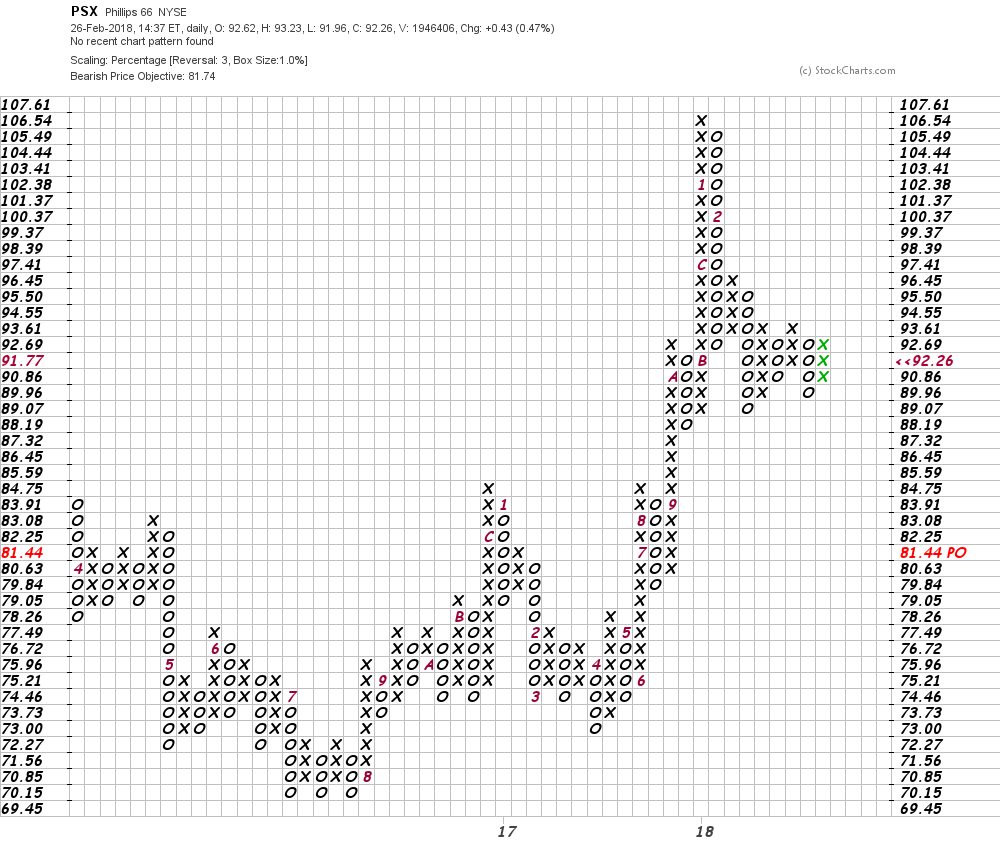 Bottom line: Some Buffett watchers believe that everything Warren touches turns to gold, but we know that is not true. Warren's position in PSX is probably profitable now but the chart suggests we could weaken to the low $80's. Maybe Mr. Buffett will just buy more.