Mixing business with politics is a recipe for disaster, and that's never been proven more true than by Fannie Mae (FNMA) , the publicly traded quasi-governmental agency that provides banks with money to underwrite mortgages.

President Franklin Roosevelt set up Fannie Mae (officially called the Federal National Mortgage Association) during the Great Depression to create a secondary market for home mortgages. But over the years, the agency evolved into a publicly listed company whose mortgage-backed securities enjoyed the implicit backing of unlimited U.S. taxpayer dollars (although its stock was another story): 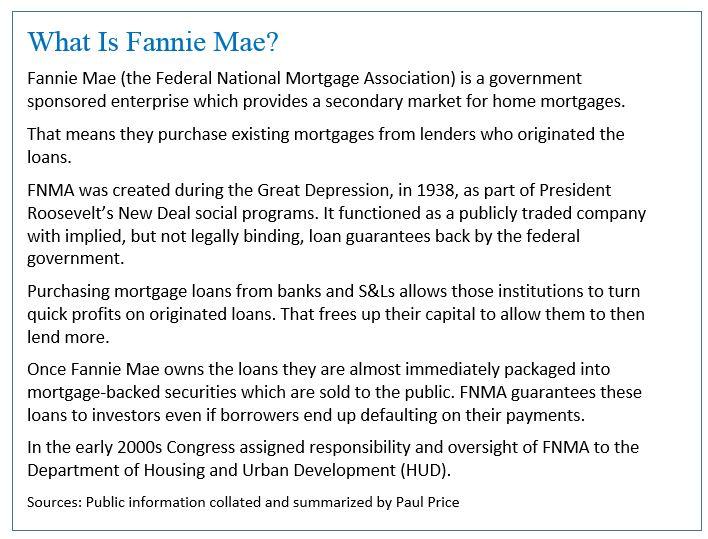 If that wasn't questionable enough, Fannie Mae also morphed into a political tool for promoting home ownership. Its switch to oversight by the U.S. Department of Housing and Urban Development oversight (HUD) only accelerated this trend.

Sound lending practices were abandoned as Fannie expanded the pool of eligible mortgage borrowers to include lower-rated risk profiles. Down-payment requirements, which protected mortgage owners in case of default, were reduced dramatically or even abandoned. Leverage ratios -- the amount of equity on FNMA's balance sheet vs. the size of its guaranteed loan portfolio -- also ballooned.

As most investors know, a little bit of leverage can be OK, but excessive leverage is almost always deadly. That proved to be true for Fannie Mae during the 2008 U.S. housing bust, when home prices plummeted and FNMA became insolvent. Congress had to pony up billions in bailout money to keep Fannie Mae alive and functioning.

That would have normally been done via a bankruptcy filing, such as occurred with U.S. auto giants General Motors and Chrysler as part of their government bailouts. Both filed for bankruptcy and their shareholders were essentially wiped out (as they deserved to be). These investors ceased to have any interest in post-bankruptcy GM or Chrysler.

But unfortunately, our misguided government declined such a straightforward move with Fannie Mae, opting instead to put the company into a government-run "conservatorship." That left FNMA's common and preferred shares to continue trading. But not wiping out the old equity stakes has turned out to have created huge problems.

After Fannie Mae received about $188 billion in bailout money, housing prices gradually recovered and FNMA began making profits again. But by then, much of the stock had shifted from regular investors into hedge funds ' hands.

The hedge funds saw an opportunity to score big gains if they could win a court judgment regarding the status of the old FNMA common and preferred shares.

As a result of this argument, Fannie Mae shares have become incredibly volatile as rumors about potential legal decisions swirl. For example, hedge-fund king Bill Ackman's FNMA stake shot up by $400 million when the stock briefly ramped up to $5 a share on Dec. 2, 2016, on hopes of a favorable lawsuit resolution: 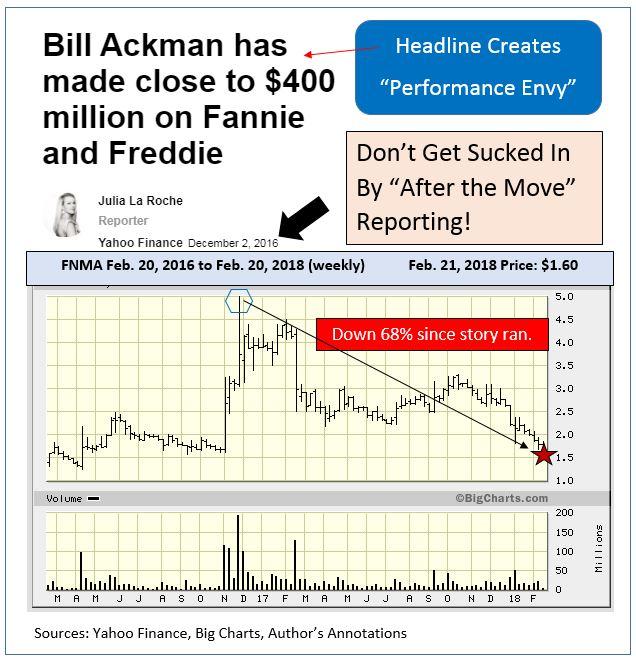 However, traders who tried to piggyback on Ackman's big win have gotten totally hosed. Judges have so far refused to award post-crisis gains to the old shareholders (rightly, in my view) and FNMA had given back about 68% of those December 2016 gains.

And just this week, the U.S. Supreme Court declined to hear a Fannie Mae shareholder case. There are still other cases still out there, but Fannie Mae recently posted a quarterly loss, which means it will need fresh taxpayer money. All of this suggests to me that old shareholders won't prevail in their quest to get a share of past or future profits.

Personally, I believe you should think of Fannie Mae the same way you think of a margin account.

Would the stock market's subsequent multiyear rally have helped you get back to your original account value? Not a chance. When the rebound began, you would have had almost nothing left from the earlier devastation.

But the hedge funds' case against the U.S. government basically asserts that because FNMA shares continue to trade, any post-wipeout profits should be theirs. That's as absurd as saying that owners of shares sold for margin calls are entitled to subsequent profits because an account's stocks came back strong long after they'd been sold.

Unfortunately, many of the problems that drove Fannie Mae into conservatorship in 2008 continue today. 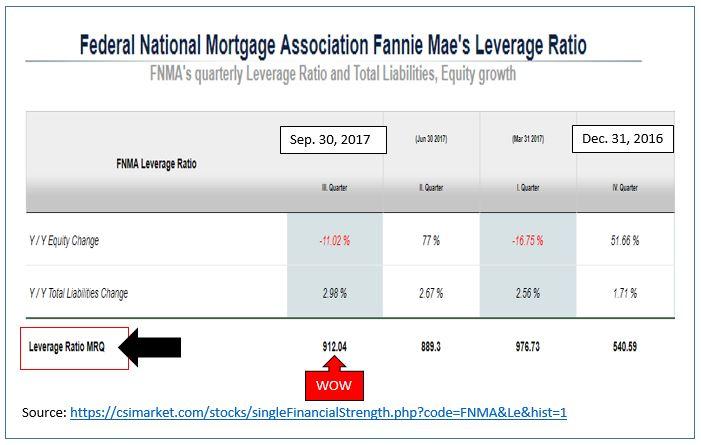 To me, this magnitude of leverage ensures that any significant rise in interest rates will completely wipe out FNMA's tiny sliver of equity as older mortgages get marked to market. I believe that means there's almost a 100% chance that Fannie Mae will suffer another wipeout in the foreseeable future.

Add it all up and the most likely outcome for FNMA shares is that they'll eventually go to zero. So far, courts have shown no inclination to favor the idea of giving taxpayer money to speculators.

The bottom line: Fannie Mae common and preferred shares should be avoided by all but the most aggressive traders.

This commentary originally appeared on Real Money Pro on Feb. 23. Click here to learn about this dynamic market information service for active traders and get daily columns like this from Paul Price, Tim Collins, Doug Kass and others.

Get an email alert each time I write an article for Real Money. Click the "+Follow" next to my byline to this article.
TAGS: Investing | U.S. Equity | Regulation | Markets | Financial Services | Real Estate | Economic Data | Economy | Politics