David Einhorn is a man of many talents, including playing poker and, of course, investing. Watching where he stacks his chips in the markets is a worthwhile endeavor, too.

The founder and manager of hedge fund Greenlight Capital, Einhorn has developed a reputation for a good long game and an even better short one. He has successfully gone after numerous companies over the years, including Allied Capital and Lehman Brothers. He has twice launched a short campaign against Keurig Green Mountain, getting burned both times.

Einhorn applies many of the same principles in playing poker that he does in investing. "Both poker and investing are games of incomplete information," he said in a 2006 interview with The New York Times. "You have a certain set of facts and you are looking for situations where you have an edge, whether the edge is psychological or statistical."

His approach has worked out quite well. Since launching Greenlight in 1996, Einhorn has made millions of dollars for clients and amassed a personal net worth of more than a billion dollars. (Though 2015 certainly wasn't his best. For reasons why investors may not want to follow David Einhorn, read Real Money's Carleton English.)

According to his most recent 13F filing corresponding to Dec. 31, Einhorn's public equity portfolio is comprised of 154 holdings valued at $5.5 billion. 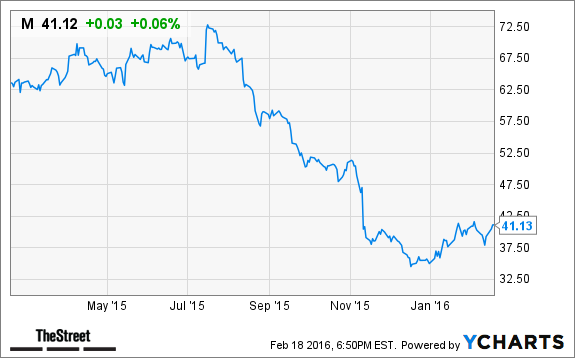 Einhorn's top new buy of the fourth quarter is Macy's M . As of Dec. 31, he holds 6.7 million shares of the retail giant, which comprises 4.3% of his public equity portfolio.

The billionaire discussed the decision to invest in the company in his fourth-quarter letter to Greenlight investors, revealing that he had acquired the stake at an average price of $45.69. "We think a portion of the recent sales weaknesses was driven by unseasonably warm weather and a strong dollar impacting tourist business, which should set up for favorable comparisons in 2016."

Macy's, together with its subsidiaries, operates stores and Internet Websites in the U.S. Its stores and Web sites sell a range of merchandise, including apparel and accessories for men, women and children, cosmetics, home furnishings and other consumer goods. Its market cap is $12.7 billion, and it trades at a P/E of 10.73.

Of 12 analysts covering the stock, three rate it as a strong buy and nine as a hold. TheStreet Ratings gives it a C. 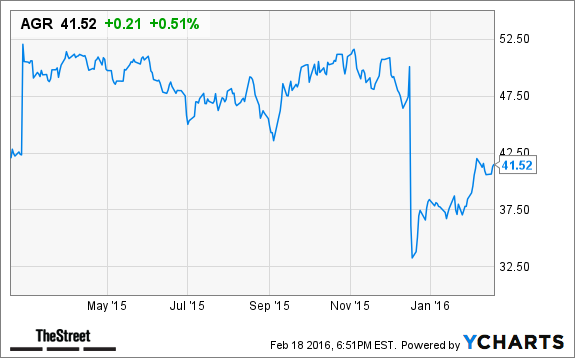 Einhorn acquired 5.3 million shares of Avangrid AGR , giving the company a 3.7% allocation in his portfolio as of the end of the fourth quarter.

Avangrid is an energy services holding company. The company, through its principal subsidiaries, Iberdrola USA Networks and Iberdrola Renewables Holdings, is engaged in the regulated energy distribution, renewable energy generation and gas businesses, collectively. It has a $2.3 billion market cap.

Of four analysts covering the stock, three rate it as a strong buy and one as a hold. 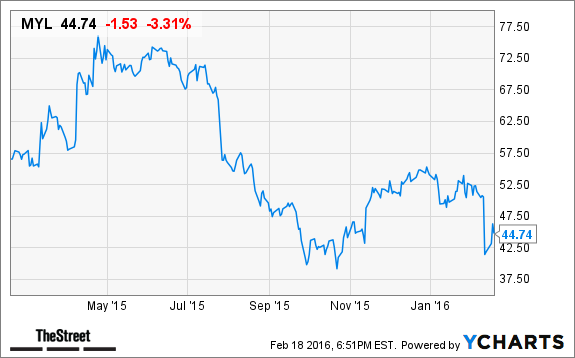 Einhorn picked up 2.9 million shares of Mylan MYL , which as of the end of the fourth quarter has a 2.9% allocation in his portfolio.

He addressed the investment in his most recent letter to Greenlight investors. "Ultimately, we expect MYL to earn close to $7 per share in 2018, driven by a robust pipeline of respiratory, injectable and biologic drugs and by further capital deployment including share repurchases," he wrote.

Mylar, through its subsidiaries, develops, licenses, manufactures, markets and distributes generic, branded generic and specialty pharmaceuticals worldwide. It has a $21.2 billion market cap and trades at a PE of 37.20.

Of 10 analysts covering the stock, five rate it as a strong buy and five as a hold. TheStreet Ratings gives it a B. 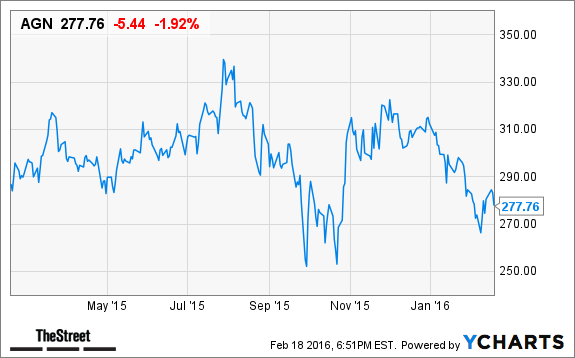 Allergan AGN is another of Einhorn's new buys. He picked up 410,000 shares, giving the firm a 2.4% allocation in his public equity portfolio.

Of 12 analysts covering the stock, nine rate it as a strong buy, two as a moderate buy and one as a moderate sell. TheStreet Ratings gives it a C.

Allergan is a holding in Jim Cramer's Action Alerts PLUS charitable trust portfolio. "We continue to like Allergan for its leadership position in cosmetic facial treatments as well as other growing branding businesses," he recently said of the company. "We see incredible revenue potential following the merger with PFE and the subsequent breakup of the companies into one established and one growing business. We are confident in CEO Brent Saunders' ability to integrate and execute and this remains one of our favorite long-term stories."

Exclusive Look Inside:
You see Jim Cramer on TV. Now, see where he invests his money and why Allergan is a core holding of his multi-million dollar portfolio. 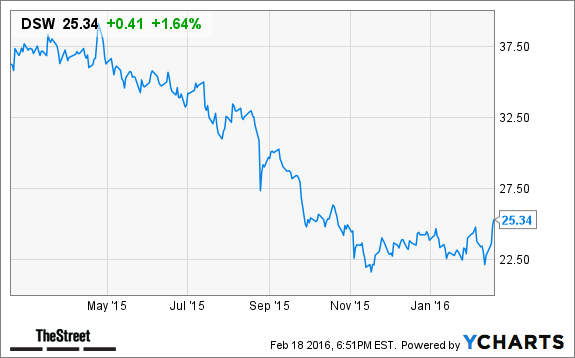 DSW, together with its subsidiaries, operates as a branded footwear and accessories retailer in the U.S. It has a $2 billion market cap and trades at a P/E of 13.6.

Of 14 analysts covering the stock, five rate it as a strong buy, seven as a hold and two as a strong sell. TheStreet Ratings gives it a C. 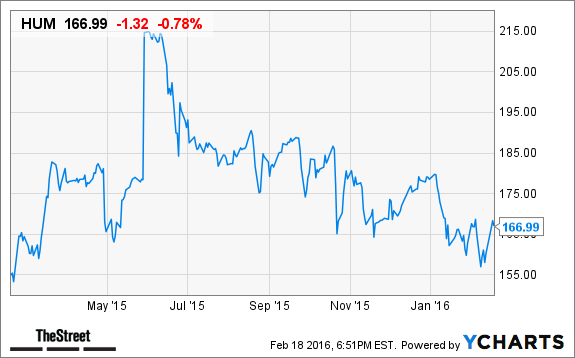 Humana, together with its subsidiaries, operates as a health and well-being company. It has a $24.7 billion market cap and trades at a P/E of 21.5.

Of 16 analysts covering the stock, six rate it as a strong buy and 10 as a hold. TheStreet Ratings gives it a B-. 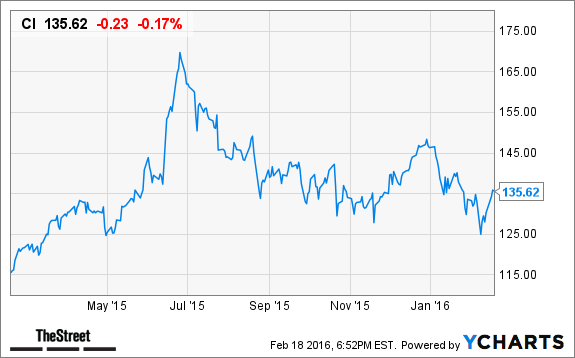 Cigna, a health services organization, provides insurance and related products and services in the U.S. and internationally. It has a $34.6 billion market cap and trades at a P/E of 15.5.

Of 10 analysts covering the stock, five rate it as a strong buy and five as a hold. TheStreet Ratings gives it a B+. 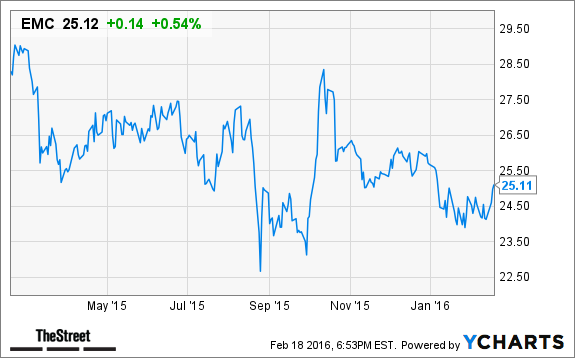 As of the end of last quarter, Einhorn owns nearly 2 million shares of EMC EMC , giving the company a 0.9% allocation among his holdings.

EMC Corp. develops, delivers and supports information infrastructure and virtual infrastructure technologies, solutions and services. It has a $47.7 billion market cap and trades at a P/E of 20.85.

Of 23 analysts covering the stock, eight rate it as a strong buy, two a moderate buy and 13 a hold. TheStreet Ratings gives it a C+. 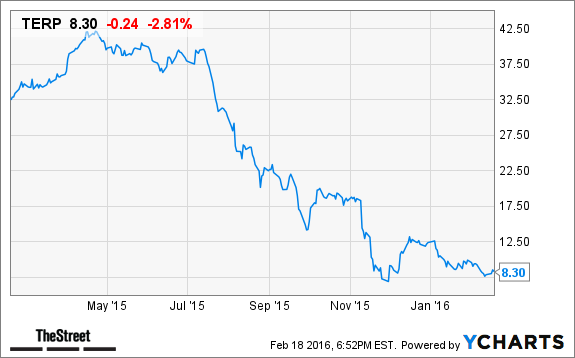 TerraForm Power TERP is another of Einhorn's new holdings. As of Dec. 31, he owns 2.9 million shares, giving the stock a 0.7% allocation in his portfolio.

Of 10 analysts covering the stock, five rate it as a strong buy and five as a hold. TheStreet Ratings gives it a D. 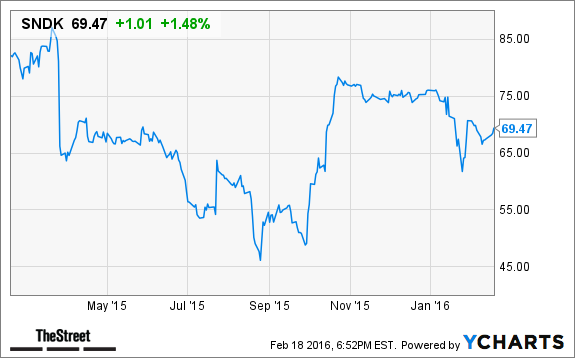 Einhorn initiated a position in SanDisk SNDK . He acquired 465,300 shares. The company now comprises about 0.7% of his holdings.

SanDisk Corp. designs, develops, manufactures and markets data storage solutions in the U.S. and internationally. It has a $13.7 billion market cap and trades at a P/E of 37.46.

Of 18 analysts covering the stock, five rate it as a strong buy, two as a moderate buy, 11 as a hold and one as a moderate sell. TheStreet Ratings gives it a C+.