Kimco Realty Corp. (KIM) is breaking down from a large top formation after breaking an uptrend that goes back to 2009. The longer a trend is in force the more you should pay attention when it is broken! Let's look at the short-term and longer-term charts to see what may be in store for KIM in the weeks ahead.

The daily On-Balance-Volume (OBV) line actually improved from June to December but has turned sharply lower since the beginning of 2018. In the bottom panel is the 12-day momentum study which shows lower lows in momentum and not a bullish divergence.

In this weekly bar chart of KIM, below, we can see that prices have been more than cut in half from their 2016 peak around $32. Prices have remained below the declining 40-week moving average. The weekly OBV line has matched the price decline since the middle of 2016 and remains pointed down. This lengthy decline in the OBV line tells me that significant liquidation has been going on for months and a base or bottom will take an equally long period of time. The Moving Average Convergence Divergence (MACD) oscillator has been in a bearish mode for more than a year and that continues.

In this Point and Figure chart of KIM, below, we can see the uptrend from 2009 has been broken. The downside price target has been met but that does not rule out further declines. 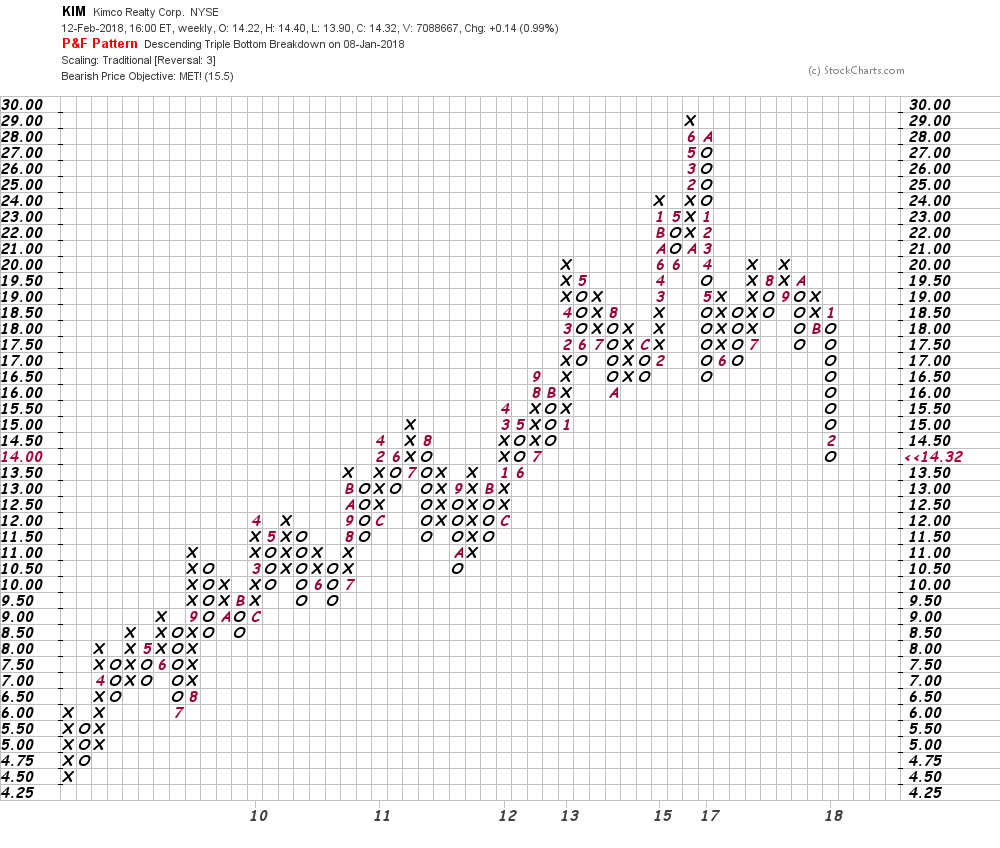 Bottom line: Even though I do not currently have a Point and Figure price target, KIM is pointed lower and buyers should stand aside.

Get an email alert each time I write an article for Real Money. Click the "+Follow" next to my byline to this article.
TAGS: Investing | U.S. Equity | Real Estate | Risk Management