Federal Realty Investment Trust (FRT) broke down from an eight-month consolidation pattern. Prices are down sharply from the beginning of 2018 but a tradeable low is not yet in sight. Let's review the charts and indicators for a sensible strategy for this Rockville, Md.-based REIT.

In this daily bar chart of FRT, below, we can see that prices have crisscrossed the 50-day and 200-day moving average lines a number of times since May. In January FRT started a sustained move lower and prices closed below the cresting 50-day moving average and the declining 200-day line. The level of volume has increased from the pace at the end of December and the daily On-Balance-Volume (OBV) has turned down.

The 12-day momentum study in the bottom panel shows lower lows being made in January and February. This matches the lower lows in price and thus it is not a bullish divergence, unfortunately.

In this weekly chart of FRT, below, we can see how the decline since January is part of a longer-term downtrend. I cannot find any positives on this chart. FRT is below the declining 40-week moving average line. The weekly OBV line broke its longer-term rise. The weekly MACD oscillator is in a bearish mode and pointed lower.

In this Point and Figure chart of FRT, below, we can see an important breakdown at $116 and a bearish price projection of $81. 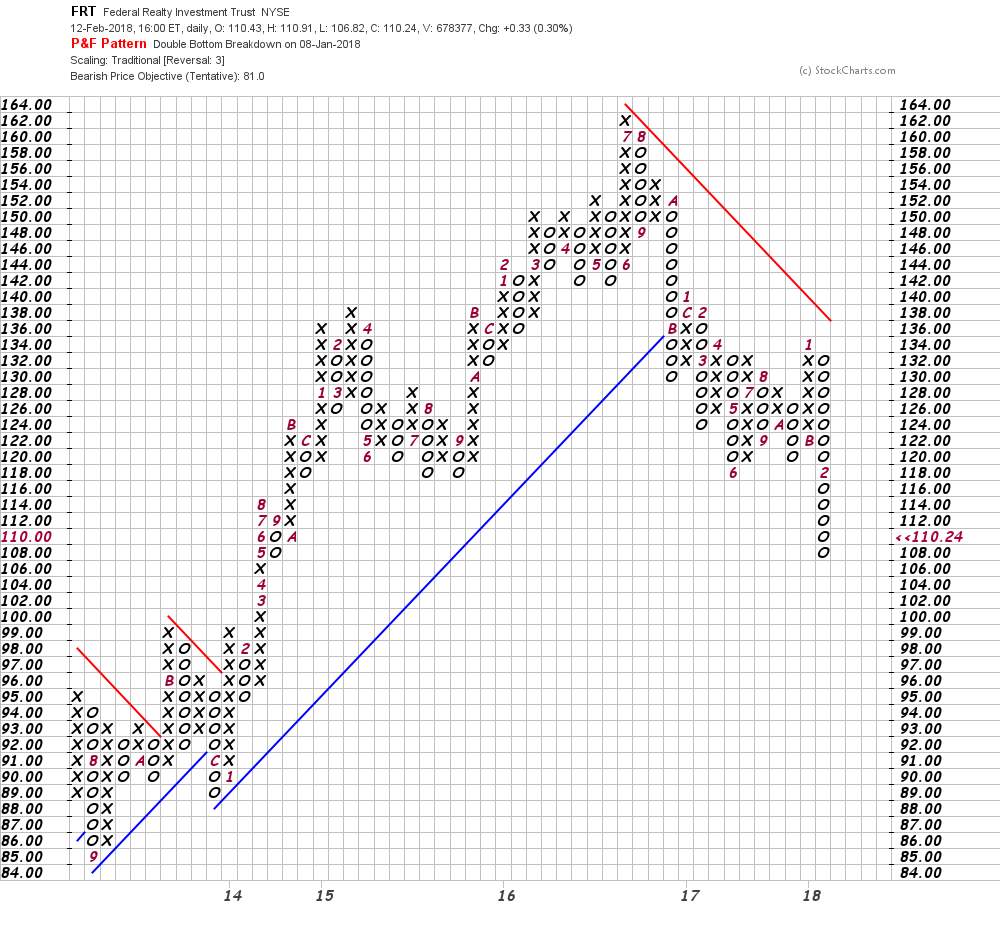 Bottom line: FRT has broken down from a major top pattern. Any rally back into the $116-$120 area should be sold. Further declines are likely over the next several months.

Get an email alert each time I write an article for Real Money. Click the "+Follow" next to my byline to this article.
TAGS: Investing | U.S. Equity | Financial Services | Real Estate