The On-Balance-Volume (OBV) line has been rising the past year, confirming the price strength with signs of accumulation and aggressive buying. In the lower panel, the momentum indicator is not diverging from the price action and thus not suggesting that the pace of the rally is slowing.

Our usual three-year weekly chart did not show us what we needed to point out on GLW, so we used a 10-year chart, above. In this long-term chart you can see that prices are testing old resistance from 2007 and 2008.

Prices are above the rising 40-week moving average line. The weekly OBV line has been rising since late 2008 and potentially tells us that a really important upside breakout is coming. The moving average convergence divergence (MACD) oscillator is also bullish. 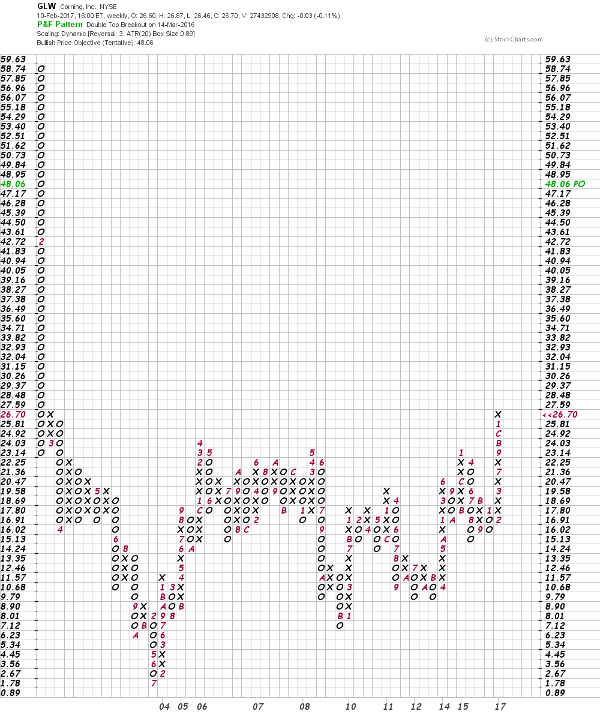 In this very long Point and Figure chart of GLW, above, we see prices going back to 2004. Prices are emerging from a huge base, which gives us an initial upside target of $48.

Bottom line: traders and investors could go long GLW here and they can add on strength or a close above $27. I would have a stop loss below $24 for now.

There's a Lot We Can Learn From Pajama Traders

Let's use what after-hours and pre-market traders see to our advantage, using BlueCity Holdings as an example.