Unilever NV (UN) has been declining on the charts since October and we can now see a number of sell signals. The current decline in UN may have a lot further to go before this stock becomes technically attractive again. Let's check out the charts and indicators.

In this daily bar chart of UN, below, we can see that prices gapped below the rising 50-day moving average line in October and the slope of the line quickly turned bearish. Prices broke below the 200-day line in January and after a brief "whipsaw" move back above the popular averages, UN is now clearly below both indicators. The 50-day line also just declined below the 200-day line for a "death cross" sell signal.

The pattern of volume is hard to read on this chart but the daily On-Balance-Volume (OBV) line has been declining since October and tells us that seller of UN have been more aggressive. The Moving Average Convergence Divergence (MACD) oscillator has been below the zero line for much of the time since late September -- a bearish condition.

In this weekly bar chart of UN, below, we can see the price action over the past three years. Prices broke out over the 40-week moving average in early 2017 but broke below it this year. The weekly OBV line does not show much weakness but the MACD oscillator peaked back in June and is close to moving below the zero line for an outright sell signal.

In this Point and Figure chart of UN, below, we can see how prices have broken down from a distribution pattern with the trade at $54.16. A $49.86 price target is shown but the volume at price chart (left scale) suggests that buying support may not be that strong in that area and further declines could occur. 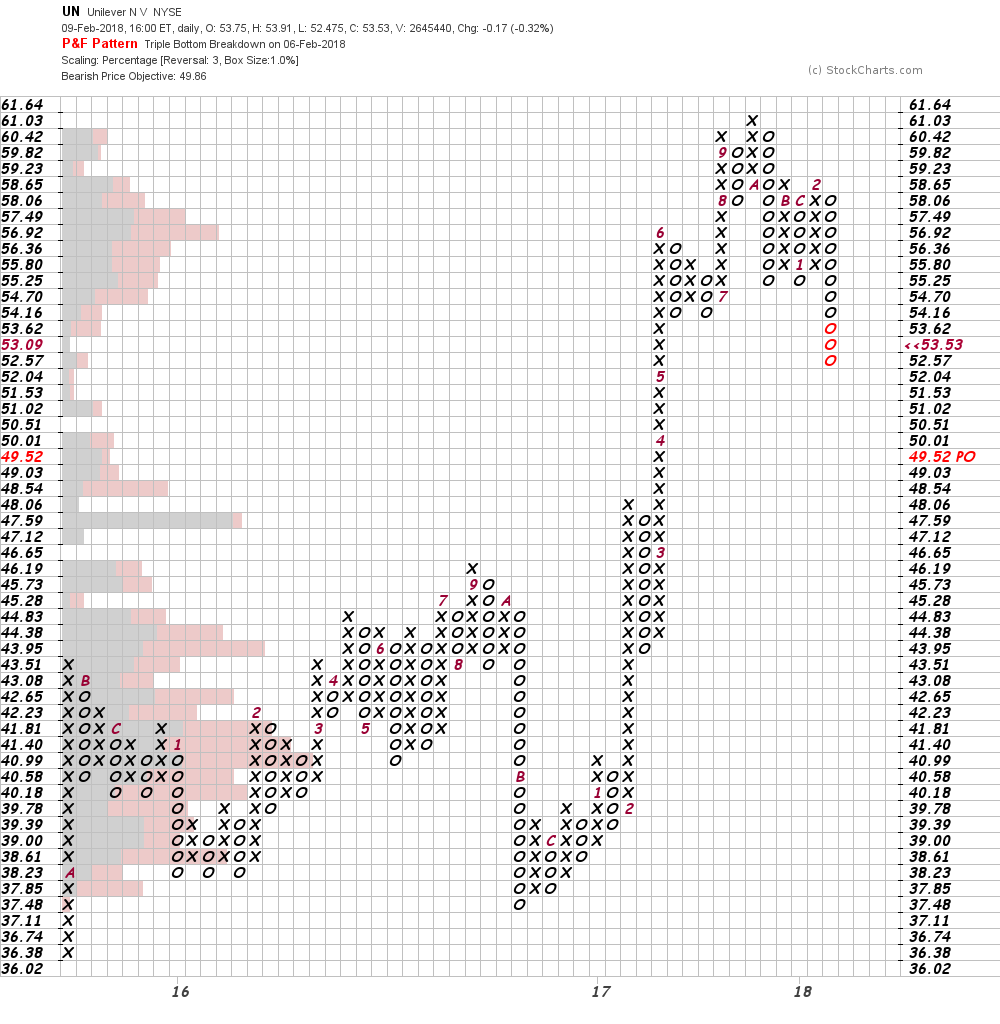 Bottom line: It looks like UN has been rolling over or topping out since June. A decline has gotten under way and probably has further to go. A test of the $48-$46 area could be seen in the weeks ahead.

Get an email alert each time I write an article for Real Money. Click the "+Follow" next to my byline to this article.
TAGS: Investing | U.S. Equity | Consumer Discretionary | Consumer Staples | Consumer | How-to