Virtu Financial, Inc. (VIRT) was upgraded to a "Buy" by TheStreet's quantitative service today -- a needle in a haystack of downgrades. I looked at a couple of charts and found with hindsight that there was some aggressive buying in the past three months. Let's look closer.

In this updated daily bar chart of VIRT, below, we can see a sideways trading range on this stock until December. Prices were in a $15 to $18 trading range until October. Around the middle of October there is a relatively short-term breakdown to $13 but a quicker recovery in November. Things begin to improve in November -- the slope of the 50-day moving average line turns positive.

The daily On-Balance-Volume (OBV) line strengthens telling us that buyers of VIRT turned more aggressive. The Moving Average Convergence Divergence (MACD) oscillator crosses above the zero line for an outright go long signal. In early January the 50-day moving average line crossed above the 200-day line for what is commonly called a "golden cross" or a buy signal that Japanese chartists favor. The rally explodes to the upside in February.

In this Point and Figure chart of VIRT, below, you can see the breakout at $23 and a possible longer-term price target of $53. 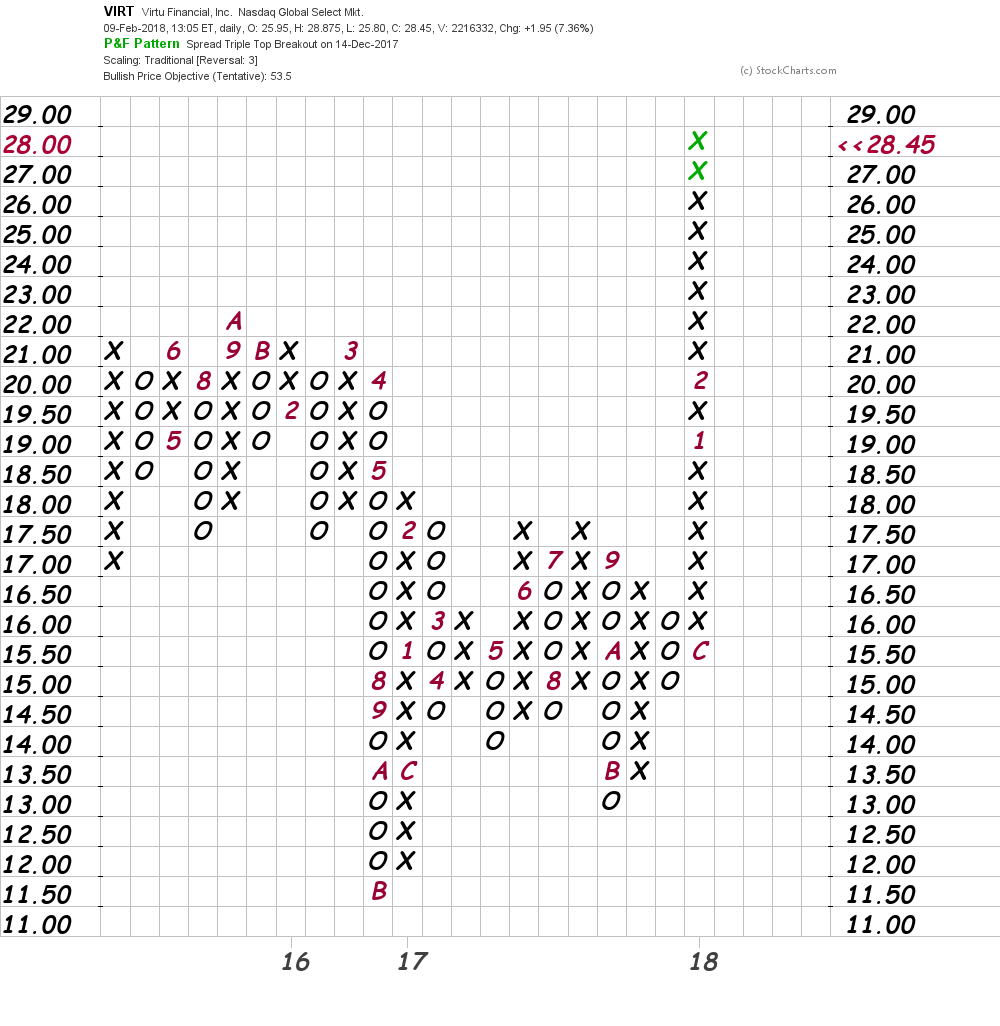 Bottom line: VIRT could soar a lot higher longer-term but some sideways price action would be welcomed in the short-term.