When I last reviewed Home Depot Inc. (HD)  in September, I wrote that "if HD breaks out to a new high close, the next upside target would be the $175 area, which is derived from taking the height of the recent sideways trading range and adding it to the breakout point. [But] if HD turned back down again, a retest of the $150-$145 area would be anticipated."

Well, the home-improvement giant did break out on the upside in November and reached $175 quickly, then added another $30 before peaking last month. But prices quickly retreated to $175, bounced a bit and are heading lower again. The stock tumbled $10.01 (5.23%) as part of Thursday's market selloff to close at $181.22.

Where's HD likely to head next? Let's check out the latest charts and indicators.

In this updated daily bar chart, we can see that Home Depot broke below a rising 50-day moving average (the yellow line below). But then a subsequent bounce at that line failed:

The rising 200-day average line is down around $165 and could be tested if support doesn't develop around $175.

In this weekly bar chart of HD, we can see that the 40-week moving average line (in yellow) isn't all that far away:

And while the weekly OBV line has been strong the past year, it appears to have peaked. Similarly, the MACD oscillator has narrowed on this time frame and could soon cross to a "Take Profits/Sell" signal.

Lastly, this Point and Figure chart shows a possible downside price target of around $149 for Home Depot, which is within a previous consolidation zone: 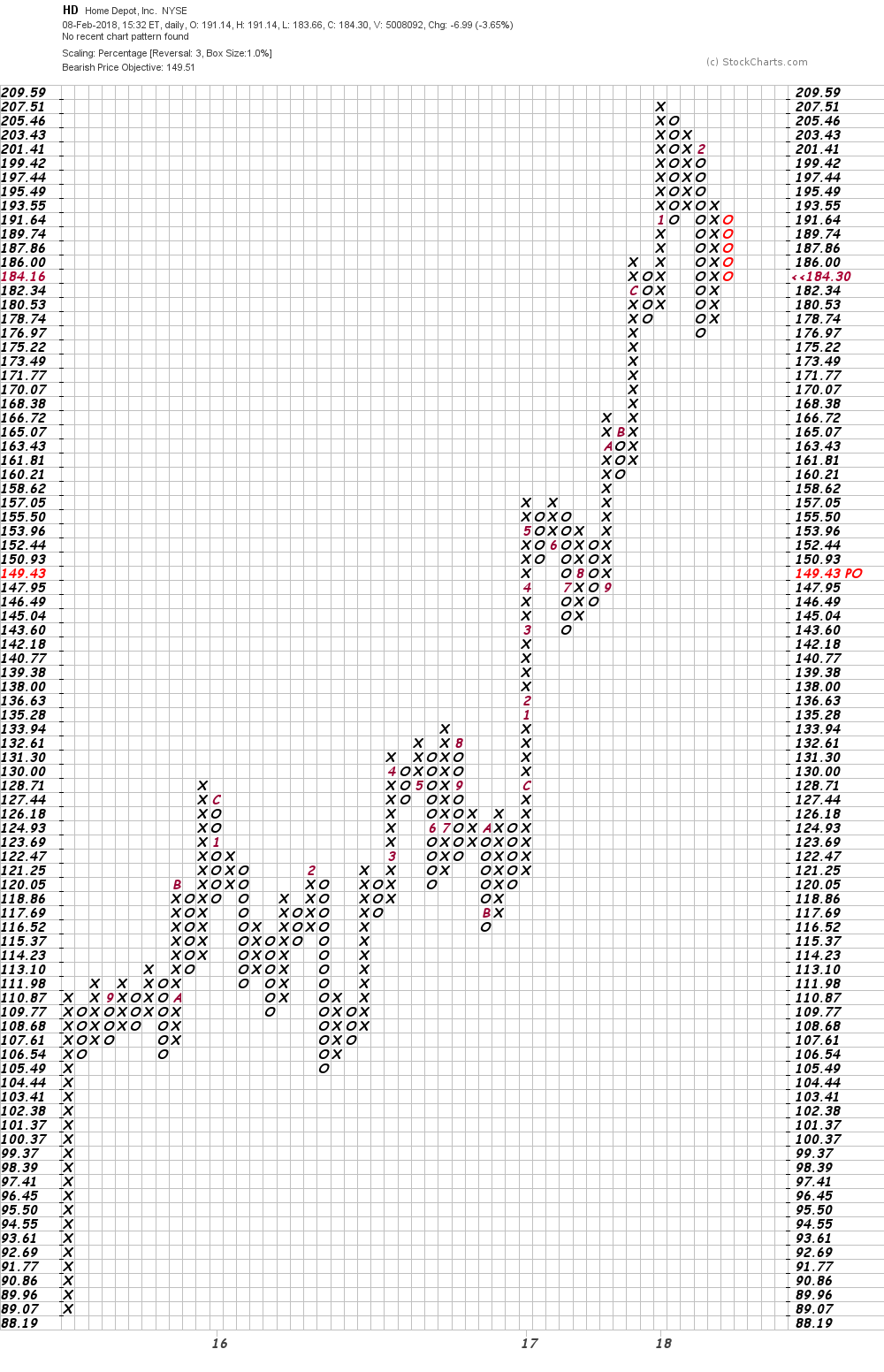 The market's recent big winners were punished Thursday, and Home Depot was no exception.

However, the charts above indicate that HD might have further to fall from its $181.22 close. They anticipate a retest of the stock's recent $175 low, while a deeper loss to around $165 is possible if the ongoing market rout lasts another week.