As seen with the recent ouster of CEOs at Polo Ralph Lauren (RL) and Tiffany & Co. (TIF) , the winds of change are blowing through the corner offices of struggling retailers.

To be sure, these headline-grabbing announcements will spur speculation on what under-performing retail CEO will get the ax next (especially as retailers report fourth-quarter results this month). For those looking to place some wagers, a strong case could be made that Gap's (GPS) CEO Art Peck deserves to get the old heave-ho despite a surprising sales increase in January.

Unlike the case at Tiffany & Co., however, if Gap parts ways with its CEO, it may not be short-term bullish for the stock. Gap faces mounting pressure from fast-fashion retailers such as Zara and H&M, improved assortments for young adults at department stores like Macy's (M) and stigma among consumers that the Gap and Banana Republic brands are as tired as a dog's six-month old chew toy.

The Street breaks down three reasons why Peck needs to be shown the door:

Tiffany's now former CEO Frederic Cumenal oversaw a 9% nosedive in Tiffany's stock price since he took over on March 31, 2015, badly lagging the S&P 500's 11% gain. Keep in mind that this happened just as fellow luxury-goods player Louis Vuitton saw its stock reach an all-time high in late January and the likes of Coach (COH) engineered impressive turnarounds. How embarrassing!

If Tiffany's board was unhappy with that performance, how could Gap's board justify what has happened to its stock under Peck? Since Peck assumed the CEO role from the well-regarded Glenn Murphy on Feb. 1, 2015, shares have crashed some 45%. Sure, Peck could easily say that Gap has been hurt by factors in retail outside of his control. But a 45% decline in the stock doesn't happen unless the guy at the top has made a host of missteps (in the case of Peck, often over-promising to Wall Street and under-delivering).

Nevertheless, Gap appears to be maintaining its confidence in Peck for now. When reached for comment on the level of the board's confidence in Peck, a Gap spokeswoman pointed to comments made last year by chairman Bob Fisher (son of Gap's founder Don Fisher and his wife Doris Fisher) at the company's annual meeting: "As a board, we are very engaged in how the industry is changing, and we remain committed to accelerating our transformation, and winning in this next era of retail under Art's leadership. Over the past year, Art has built a strong management team, comprised of top talent in the business. Together they're focused on the right strategies that will enable the business to deliver into the future."

A lot has happened at Gap since those comments from Fisher, however, including continued weak sales, the exit of a long-time chief financial officer and the departure of a global brand president for Banana Republic. 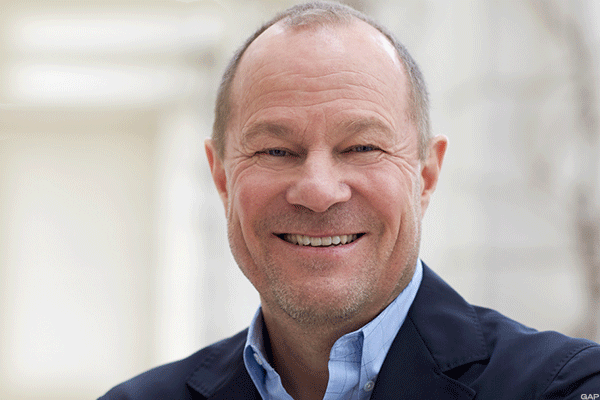 The apparel retailer had a dreadful performance last year due to persistent fashion missteps at Gap and Banana Republic. Same-store sales for the overall company fell in 11 out of 12 months of the year, according to data compiled by Gap. The Gap brand's same-store sales fell in 10 months out of the year, while Banana Republic's dropped in 11 months. (Old Navy managed to notch sales increases in five months in part to the chain's focus on driving value.)

To add insult to injury, Banana Republic's global president Andi Owen will leave later this month. Peck will assume oversight of Banana Republic while searching for a new leader.

Even considering the challenging retail backdrop, these types of declines for Gap are unacceptable. After all, the U.S. job market continues to recover and people are spending money to upgrade their wardrobe. If Gap was giving consumers what they wanted, perhaps they would be partaking in the continued consumer spending recovery.

"We think Gap's valuation proposition is no longer competitive, and two of its major brands (Gap and Banana Republic) have lost relevance with consumers. These are not easily fixable near-term, leaving us confident Gap will continue to cede share to the department stores and teen retailers," Morgan Stanley analyst Kimberly Greenberger wrote in a note to clients late last year.

With Gap's sales under sustained pressure, it should be moving more aggressively to close stores. Think as aggressively as Macy's, if not more so. Unfortunately, Peck continues to sit on his hands with respect to store closures.

In June 2015, the company detailed plans to close a total of 175 Gap stores in North America over the next few years. At the time, Gap estimated annual savings from this tactic would be about $25 million beginning in 2016. Then in May last year, Gap said it would close its fleet of 53 Old Navy stores in Japan and more Banana Republic locations, mostly overseas. It also promised to "streamline its operating model" in a bid to further cut costs.

Despite these actions, Gap remains a sprawling global enterprise that likely needs to be further corralled to survive the future of retailing. At the end of the third quarter, Gap boasted a dizzying 3,742 store locations in over 50 countries. Total square feet operated by Gap stood at a colossal 37.7 million. 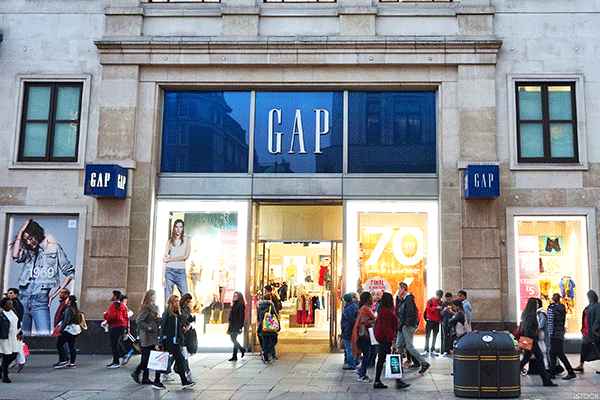 Perhaps General Growth's (GGP) CEO Sandeep Mathrani put it best when he told TheStreet last year: "If you really ask me what the big issue is [in retail], it's that the country is over-retailed, and that is causing the most pain. ... Do you really need 800 Gap stores? I mean, who needs 800 stores in the country?" The Gap brand had over 850 stores in the United States and Canada at the third quarter's end.

Morgan Stanley's Greenberger noted that management outlined $275 million in expense savings in 2017 to temporarily slow the company's eroding profitability, adding that she was "encouraged" to see that. "However, the path to financial recovery rests on consistent sales growth, which investors need to see to become more constructive on Gap's long-term story," she warned.
Get an email alert each time I write an article for Real Money. Click the "+Follow" next to my byline to this article.
TAGS: Investing | U.S. Equity | Consumer Discretionary | Consumer Staples | Corporate Governance | How-to | Markets | Risk Management