We last looked at Danaher Corp. (DHR) in late August of 2016 -- a long time ago. The reversal we described back then was the start of a two-month decline. Prices eventually recovered to make new highs. What does the picture look like today?

In this update daily bar chart of Action Alerts PLUS holding DHR, below, we can see that the stock has made a three-legged advance from an August low below $80. The first rally is to around $89. A second rally is to around $94 and the most recent advance carried us to around $105. Despite the gains the indicators look to be in good shape. Prices are above the rising 50-day moving average line and the rising 200-day line. A bullish golden cross of these two averages can be seen back in October.

The daily On-Balance-Volume (OBV) line has been rising since October and tells us that buyers of DHR have been more aggressive. The Moving Average Convergence Divergence (MACD) oscillator is in positive territory but a near-term take profits signal could be flashed.

In this weekly chart of DHR, below, we can see that prices are above the rising 40-week line. The weekly OBV line has been slowly improving since August. The weekly MACD oscillator remains very bullish.

This Point and Figure chart, below, shows a possible upside price target for DHR of $145. 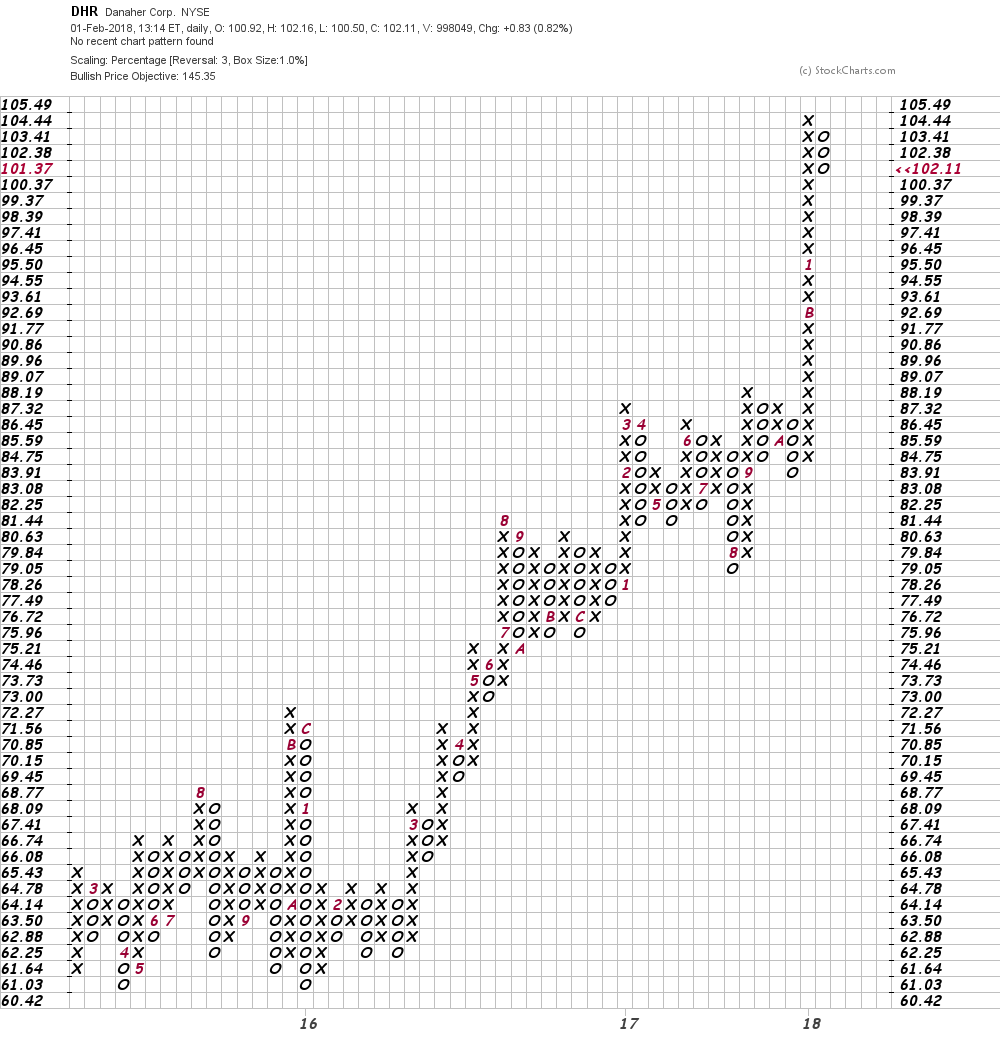 Bottom line: DHR is looking strong and probably heading still higher. Aggressive traders could go long above $105 risking below $99. The $145-$150 area is our upside price objective.