Raytheon Co. (RTN) was reviewed in early December and I said, "RTN still looks like it is 'rolling over' and longs should raise their sell stop protection to a close below $181.50." My bearish spin on the charts was dead wrong as prices went only slightly lower in the latter half of December and then rocketed higher in January. With the price of RTN $25 higher than last month we need to reexamine our charts and indicators.

In this daily bar chart of RTN, below, we can see how prices crossed above and below the 50-day moving average line many times from late October to early January. As prices rallied strongly this month the 50-day average turned up. Prices are well above the rising 200-day line -- perhaps too far above this indicator. The daily On-Balance-Volume (OBV) line has inched up to a new high to tell us that buyers of RTN have been more aggressive. The trend-following Moving Average Convergence Divergence (MACD) oscillator has turned up strongly and is very bullish right now.

In this weekly bar chart of RTN, below, we can see that prices have doubled over the past three years. The rising 40-week moving average has been giving us the right signal the entire time. The weekly OBV line is rising strongly and tells us that buyers of RTN have been more aggressive the past two years. The weekly MACD oscillator in the bottom panel just turned up for a fresh outright go long signal. 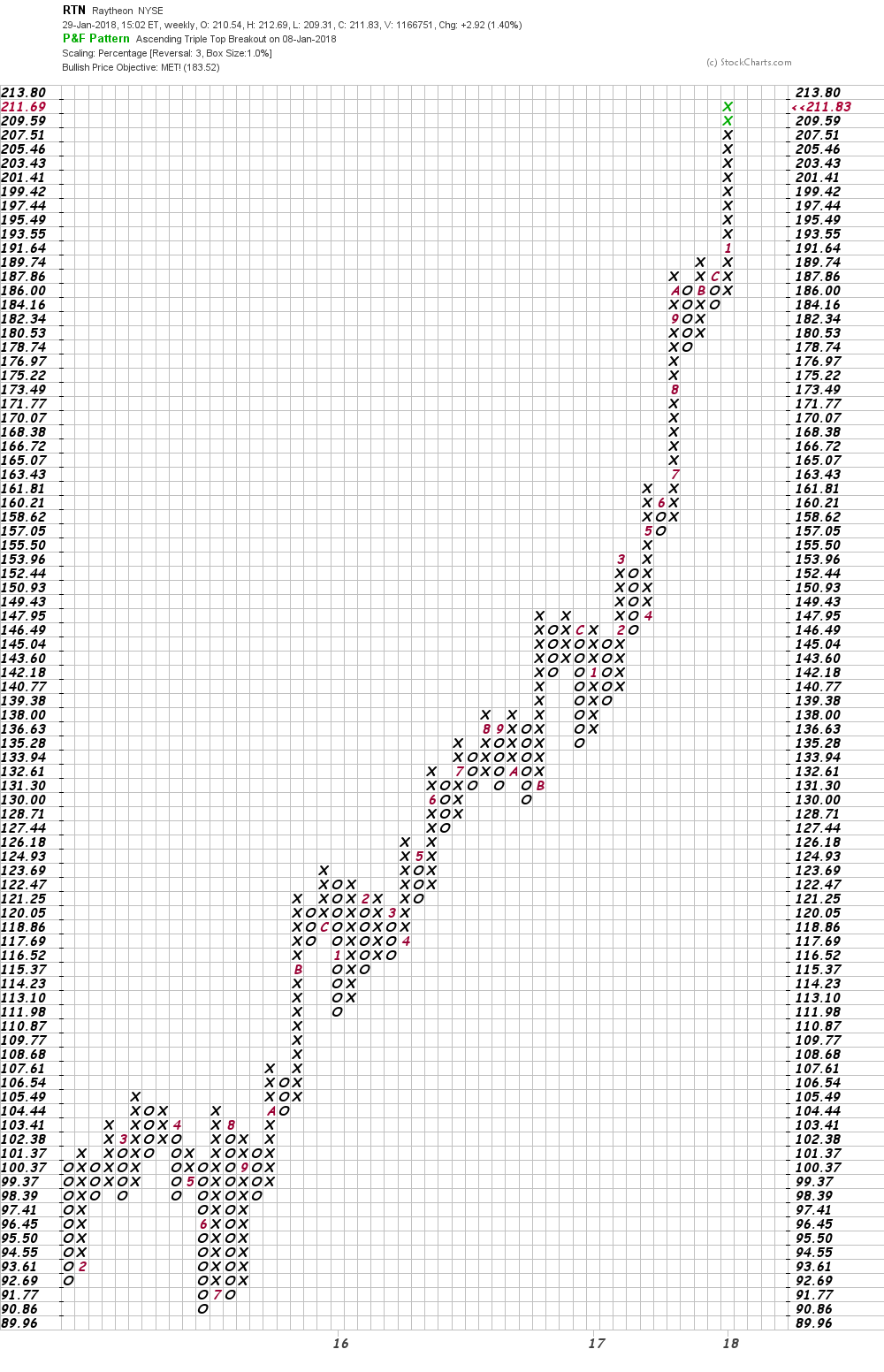 Bottom line: RTN looks a little extended right now but with all our indicators on the daily chart and the weekly chart in a bullish alignment, I do not look for much of a dip or correction. RTN could head still higher but traders should raise stop protection to a close below $190.

Get an email alert each time I write an article for Real Money. Click the "+Follow" next to my byline to this article.
TAGS: Investing | U.S. Equity | Transportation | Technology