Helmerich & Payne (HP) looked bullish when we visited with the charts in the middle of December,, when I wrote, "With a rising 50-day moving average line and a rising OBV line, I like the long side of HP. Aggressive traders could go long on a close above $60 looking for gains to the $75-$80 area. Risk a close below $53." Now that prices have reached the bottom end of our $75-$80 target zone a fresh look at the indicators seems in order.

In this daily bar chart of HP, below, we can see that HP rose swiftly after the close above $60 in the latter half of December. The 50-day moving average line crossed above the slower-to-react 200-day line for a bullish golden cross. It looks like the pace of volume has increased this month showing more investor interest. The daily On-Balance-Volume (OBV) line has been rising since early September and tells us that buyers of HP have been more aggressive. The Moving Average Convergence Divergence (MACD) oscillator has been above the zero line since the middle of September and suggests that the long side is more attractive.

In this weekly bar chart of HP, below, we can see a large double bottom pattern from the $45 area with a low in early 2016 and another low in August 2017. A weekly close above $82 is needed for a breakout of this pattern. Prices are above the flat to rising 40-week moving average line. The weekly OBV line has been rising since August and confirms the price action. The weekly MACD oscillator gave a cover shorts buy signal in September and crossed above the zero line in December for an outright go long signal.

In this Point and Figure chart of HP, below, we can see an important breakout at $60.42 and another breakout at $72.27. A potential longer-term price target of $100.40 is projected. 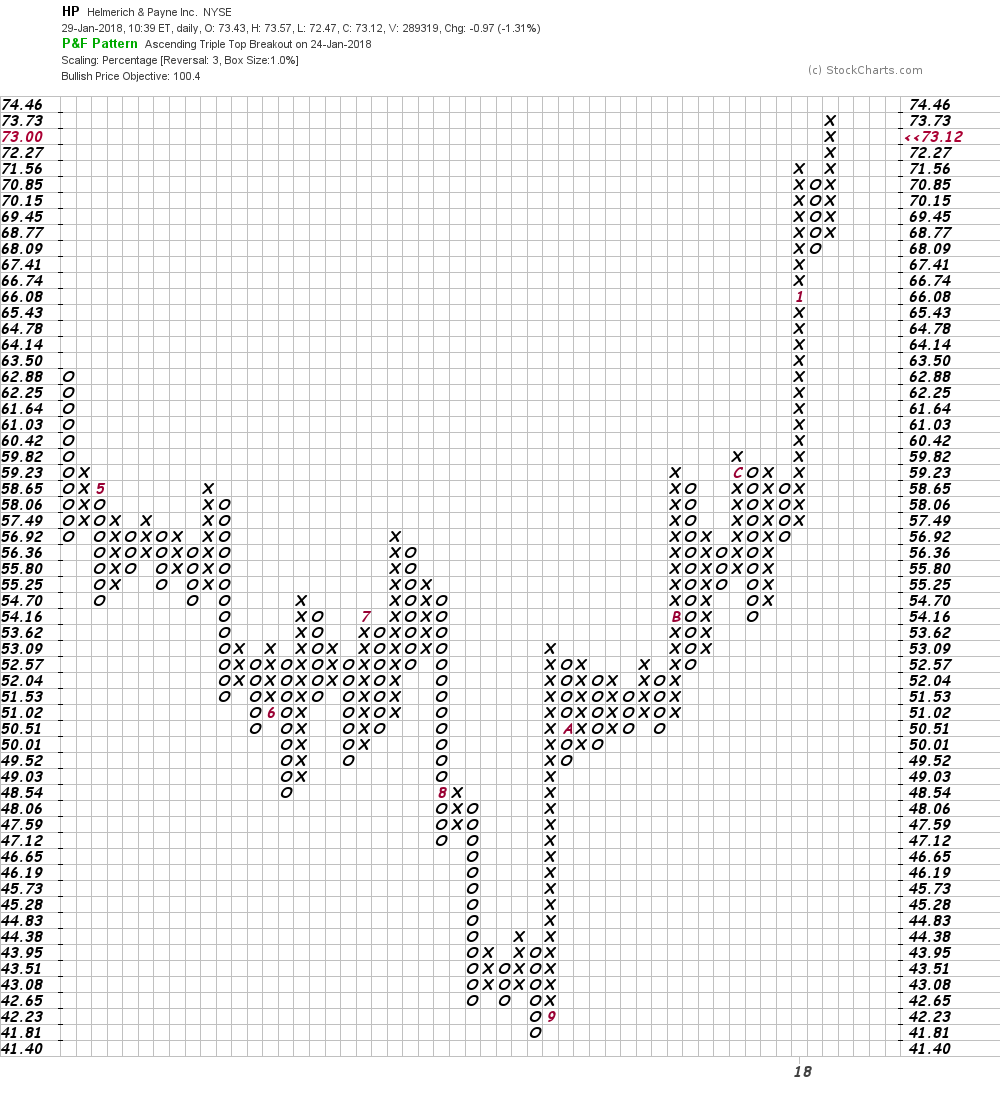 Bottom line -- HP has rallied nicely since August but more upside remains according to our Point and Figure chart. Assuming readers are long from $60 I would suggest that sell stops are raised to a close below $64. A $69 to $77 trading range might be seen in the short-run but longer-term gains to the low $80's and then possibly the $100 area are anticipated.