AbbVie Inc. (ABBV) was last reviewed back in the middle of September, when I suggested: "ABBV has gone 'vertical' on the daily chart, so there are considerable short-term profits built up. ABBV needs to catch its breath or correct a bit. A correction could be a sideways affair, or it could mean a pullback within an uptrend. I would favor taking some profits looking to rebuy ABBV after its correction has run its course."

Looking back at the price action since September, we can see (chart below) that prices did sell off into late September to briefly test the rising 50-day moving average line. Prices resumed their rally, and this month they have soared! What do the charts suggest now?

In general, the pace of trading volume has increased since August and the On-Balance-Volume (OBV) line has risen to a new high to confirm the price action with aggressive volume. The trend-following Moving Average Convergence Divergence (MACD) oscillator is moving sharply higher, in a very bullish configuration.

In this weekly bar chart of ABBV, below, we can see a two-year sideways consolidation pattern around $60 before prices started a rally to double in less than a year.

ABBV is above the rising 40-week moving average line. The weekly OBV line has been rising since late 2016 and confirms the price advance with its own new high. The weekly MACD oscillator has been bullish since early 2017.

In this Point and Figure chart of ABBV, below, we can see the base pattern in the low $60s to mid-$50s. We can also see a upper level consolidation in the $90s. A $108 price target has been overshot, but there are no signs of selling or distribution. 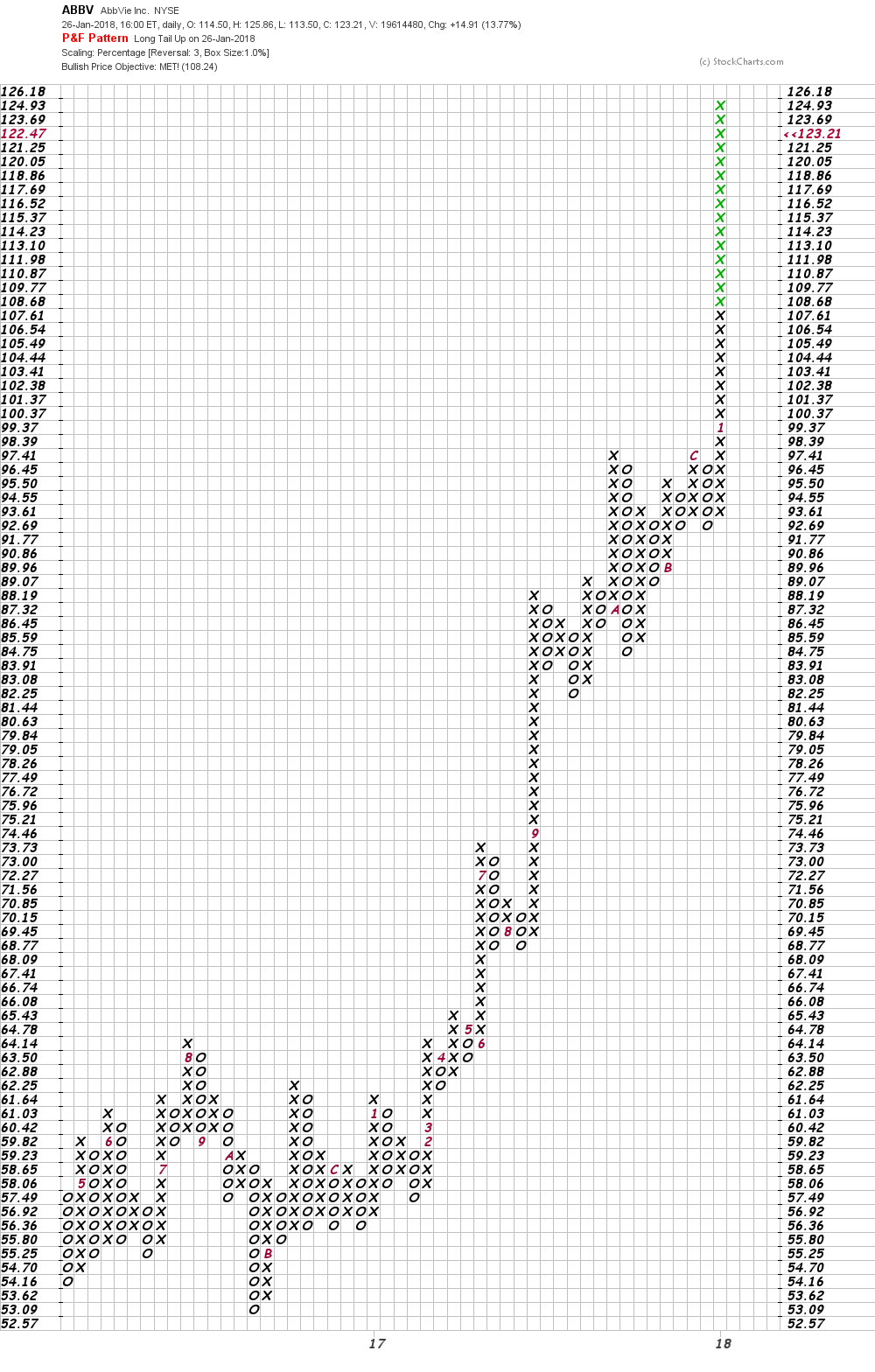 Bottom line: ABBV has made a strong rally and has doubled from its base around $60. With no fresh Point and Figure price targets available at this time, I would suggest that a triple from the $60 base or $180 is the next possible upside price target. Longs should probably raise their sell stop protection to a close below $100.