Earnings offer excitement, opportunity, reward -- and risk. Big risk. Post-earnings offer opportunity as well with the added benefit of more defined risk. Your trade-off is that the potential for a huge pop or lottery ticket all but vanish. However, trading and investing should be about risk management and capital preservation. That's what makes post-earnings trading more appealing. It eschews the big risk.

There are many common post-earnings setups, but I tend to focus on the flag patterns that create the potential for continuation of the initial post-earnings move. While counter moves can offer big rewards, I prefer to concentrate on the trend since it should provide a greater probability of success.

Earnings kicked into a higher gear last week and we're starting to see some examples worth following this week and next. 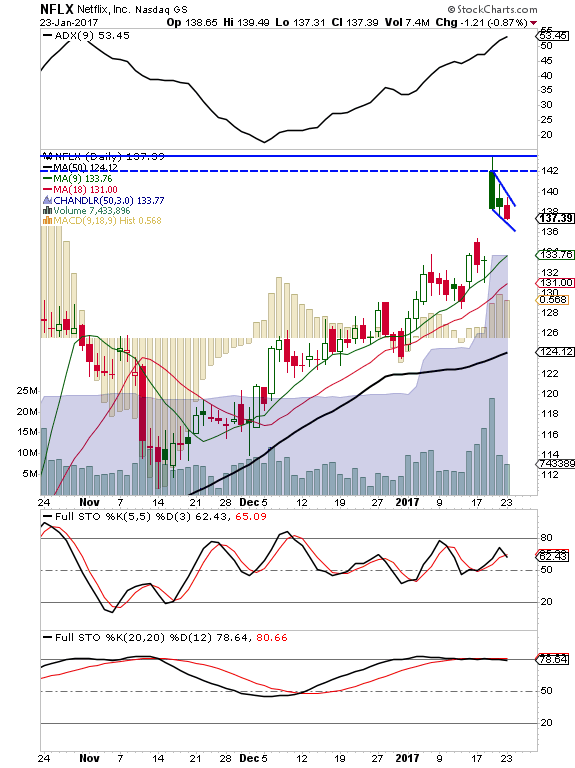 Netflix (NFLX) was one of the biggest headliners from last week and experienced a strong bullish pop. We've watched it trail lower a few days, but this isn't necessarily bearish. The pullback still appears like a typical bullish consolidation pattern.

This flag pattern isn't as attractive as the next two because the first day's intraday high and closing high exceed the current resistance level and may act as additional resistance, but a close over $139.25 puts this into breakout territory again. 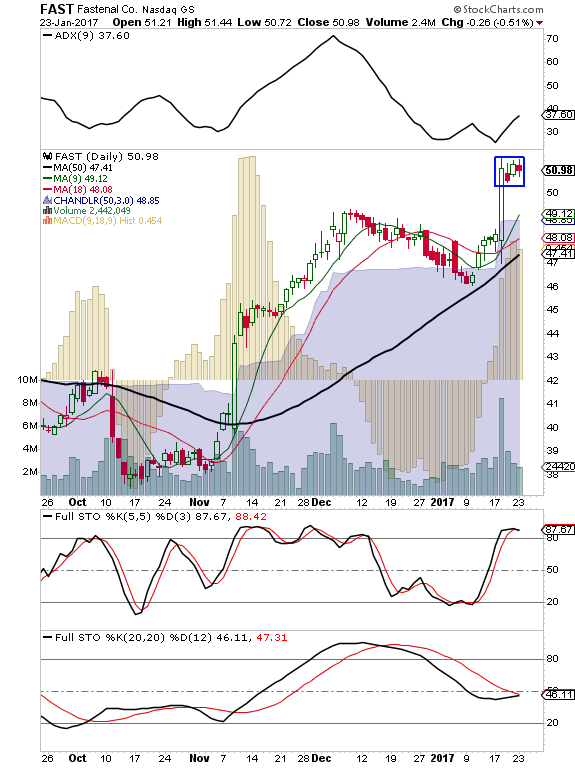 The more attractive post-earnings setups are Fastenal (FAST) and Check Point Software Technologies (CHKP) . These two have posted bullish flags, with the stocks trading at or above the initial post-earnings closing price. The sideways action acts as the consolidation channel and a break above the resistance of the flag (box) should see little resistance. 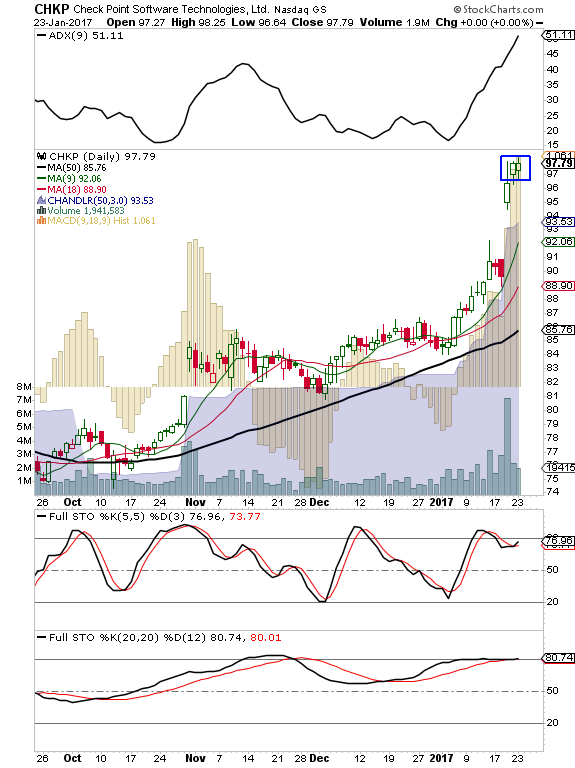 The upside target initially comes in at one-third of the earnings pop, so for either stock we are talking about a quick 2% to 3% with the potential for up to three times that amount upon completion of the move. 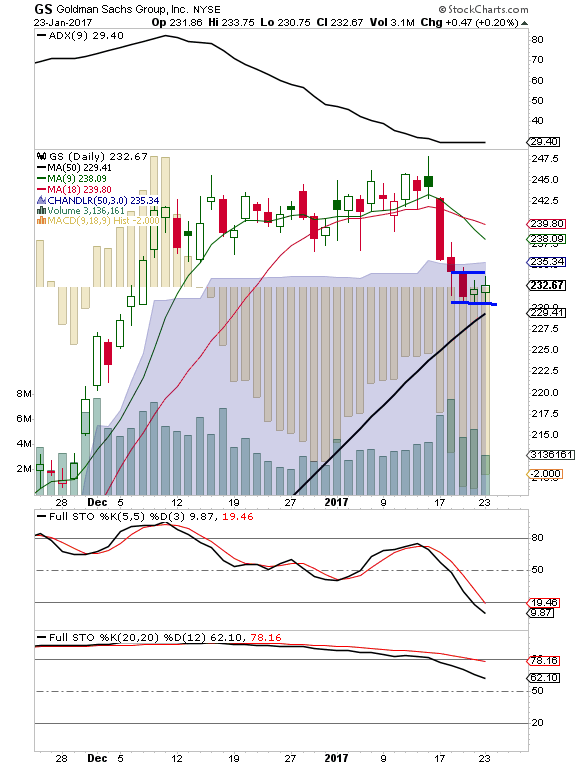 On the flip side, we can find the anti-thesis of these bullish moves in bearish fashion. A look at Goldman Sachs (GS) and Northern Trust (NTRS) demonstrate the bearish flag version of the aforementioned three bullish patterns.

Again, we set our initial basis on the intraday and closing lows of the first day as a reference point for possible secondary support. The stronger support levels are forming with the second day of trading through today. A break of that support level is the initial short/selling trigger. 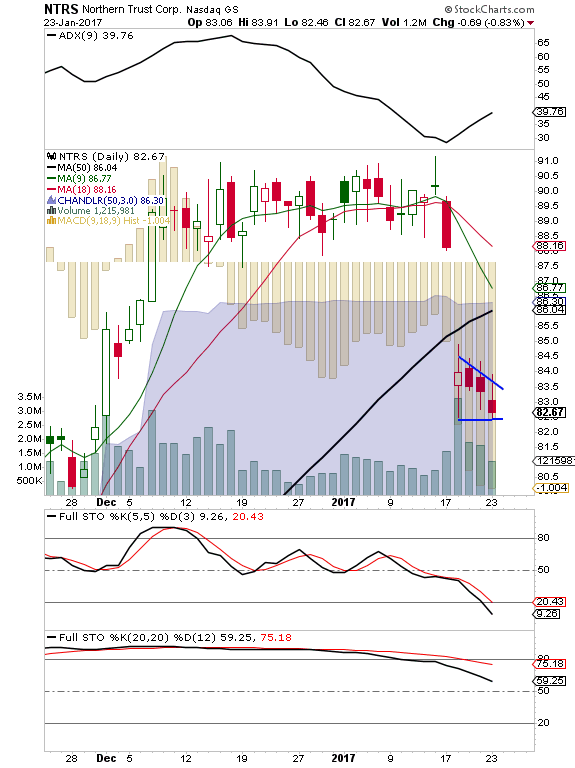 The key point here is to not overly complicate things. Post-earnings trades, similar to earnings trades, are focused more on the shorter term with specific targets. The advantage to the post-earnings trade is the opportunity for it to develop into a longer-term trade if you are willing to let your winners run and only take partial profits when a position reaches a profit target. On the downside, a trader should still use a hard stop and not let this become a long-term losing position.

The post-earnings price pattern provides additional information. We have a consolidation pattern of a directional move unlike earnings reactions, which are simply an initial pop. That reaction isn't enough to define it as a trend. The lack of additional trading days is what prevents us from stretching pre-earnings trades into longer-term positions.

So, while the initial reward may be lower on the post-earnings trade, the ability to let the trade run longer due to the additional information makes it just as valuable.

Get an email alert each time I write an article for Real Money. Click the "+Follow" next to my byline to this article.
TAGS: Investing | U.S. Equity | Earnings | How-to | Stocks

This is the largest list of qualifiers since the pandemic began.