We wrote that Kohl's Corp. (KSS) was breaking out on the upside back at the end of November and that "The charts of KSS are proving that some parts of retail are not dead. Trade KSS from the long side risking a close below $43" with a potential Point and Figure target of $71. KSS has continued to rally from the end of November and nearly touched $60. Let's go down the technical aisles again.

In this daily bar chart of KSS, below, we can see that prices are well above the rising 50-day and the rising 200-day moving averages. The volume of trading does not show an increase during the past six or seven weeks but the On-Balance-Volume (OBV) line has continued to advance telling us that buyers of KSS have been more aggressive. The trend-following Moving Average Convergence Divergence (MACD) oscillator is still above the zero line but it has recently crossed to the downside for a take profits sell signal on this time frame.

In this weekly bar chart of KSS, below, we can see that prices have moved sharply above the rising 40-week moving average line. A weekly close above $60 will break above the December 2016 peak and open the way for further gains. The weekly OBV line has already broken out to a new high and confirms the price gains. The weekly MACD oscillator is firmly in a bullish mode. 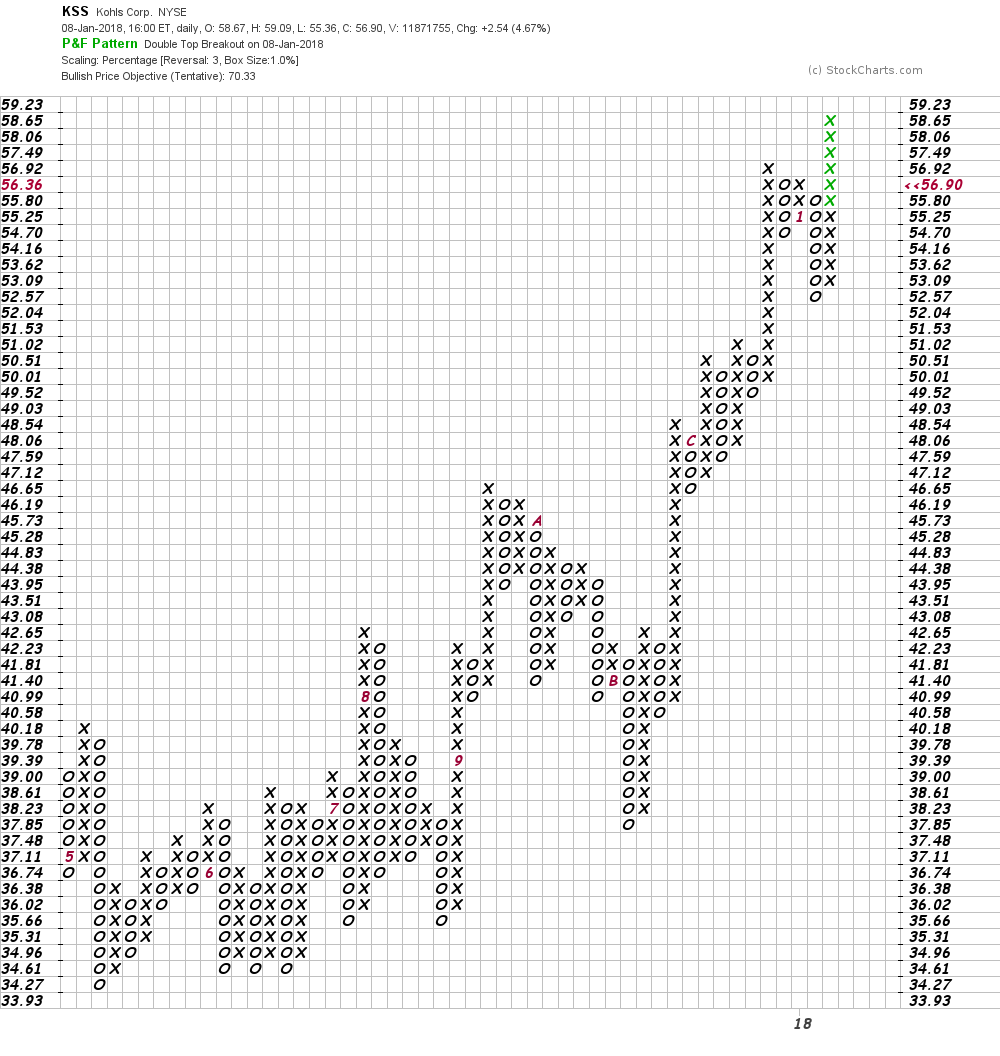 Bottom line: Investors are now excited about parts of retail. KSS is coming out of a two-year base pattern and could rally to the $70-$75 area in the months ahead. A close back below $50 would turn my chart bearish.

Get an email alert each time I write an article for Real Money. Click the "+Follow" next to my byline to this article.
TAGS: Investing | U.S. Equity | Technology | Consumer Discretionary | E-Commerce