Energy Transfer Partners LP (ETP) , was reviewed a month ago, when we said, "I would like to see some sort of retest of the low made last week. Assuming that it is made and holds, I would be more friendly to the long side of ETP looking for a rally to the $19-$20 area."

One month later we can see (chart below) that ETP made a shallow dip in early December and has rallied into the $19-$20 area. Now what? Let's check the charts again.

In this daily bar chart of ETP, below, we can see that ETP has rallied above the 50-day moving average line and the slope of the line is now turning positive. The declining 200-day line is still in a downtrend and within striking distance to be tested and may be broken. The On-Balance-Volume (OBV) has moved up in the past three weeks signaling more aggressive buying. The 12-day momentum study in the lower panel shows a bullish divergence in late October and November but no worrisome bearish divergence.

In this weekly bar chart of ETP, below, we can see that prices are close to testing the declining 40-week moving average line. Notice the heavy trading volume the past five months? This may be a sign of weak longs selling to strong hands. The weekly OBV line shows strength the past two months and the MACD oscillator is turning up.

In this Point and Figure chart of ETP, below, we can see that the downtrend is broken and a $19.77 price target is shown. 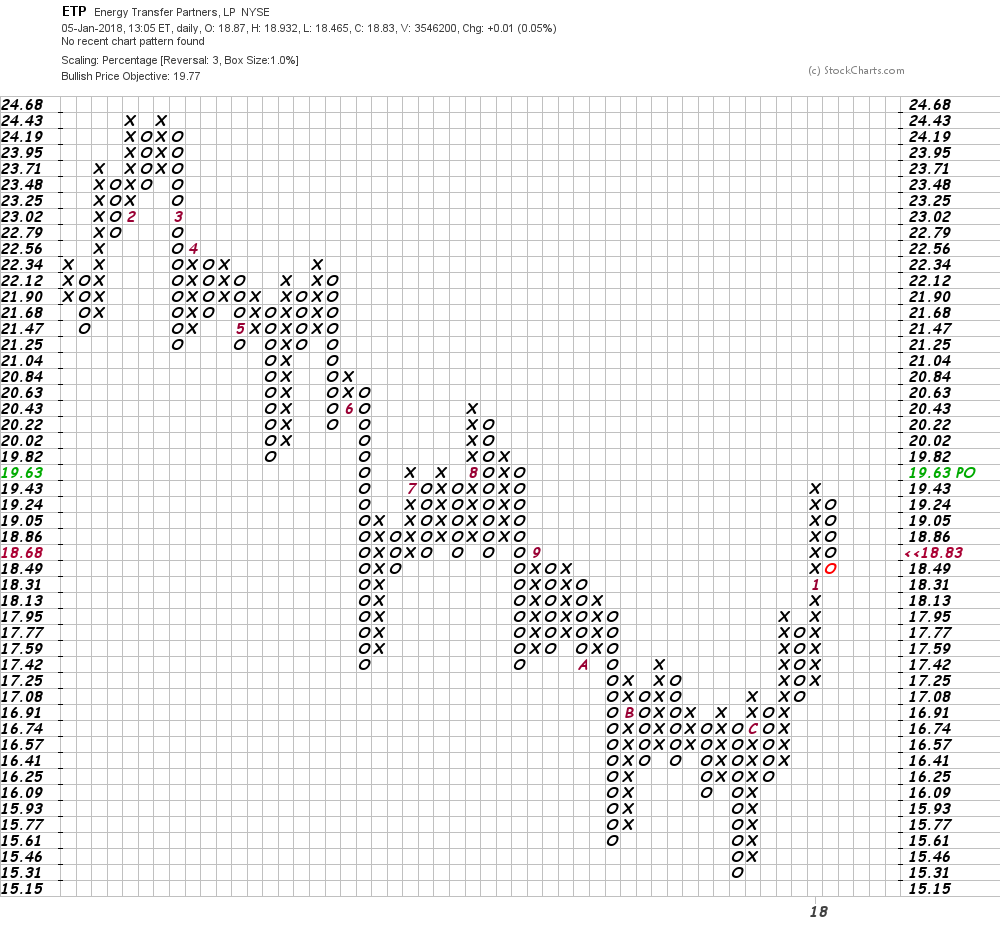 Bottom line: ETP has broken a 10-11-month downtrend. Some sideways price action is likely but it looks like a low has been established. Aggressive traders could look to probe the long side of ETP risking a close below $16.50.

Get an email alert each time I write an article for Real Money. Click the "+Follow" next to my byline to this article.
TAGS: Investing | U.S. Equity | Energy | Oil Equipment/Services | Stocks